Happy Birthday to … US! (again)

Ladies and germs, I’m happy to announce that today is the official two-year anniversary since halfguarded.com went live.  After years and years of being someone else’s bitch, it was time for ME to be the boss.  Sadly, I’m still the bitch to people but the site is also still here.  I win.  I had one goal when it started, “cover the monthly expenses.”  Even if it had a profit of $1 then I could say, “This isn’t a pure vanity project.  Good.”  We ain’t making millions but those six figure checks are rolling in every few weeks. (Maybe not.)

I’ve noted here and there about milestones: hitting 100k hits and such..  We are so much better than any other website that ever existed. We’re often doing in half a day what we did in all of last July.  This stuns me.  This entire endeavor was started because I’m pretty sure people knew I needed a project to keep myself occupied with or else I’d have become some sorta unibomber.  It worked: I haven’t mailed a single bomb in months. (I also went to Yale.)

What’s more, I still don’t even know what this thing is, which maybe is a good thing.  I always had a simple rule for contributors: be good and don’t break any major laws.  I had this theory that if you let good people do what they want that they’ll produce great content.  What I didn’t expect was how great it would be; how diverse.  Everyone has taken that idea and run with it.

I cannot tell you all how grateful I am to “the staff.”  Every single one of you, and I’m not even gonna bother listing all those who helped because I know I’ll leave someone off on accident, mean the world to me.  I’m humbled when I get a new submission and think, “Wow.  This is amazing.”

I love knowing that we broke what is still the single most under-reported story over the past year, the specter of the UFC PED policy ending career’s for non failures, and a poem to Takanori Gomi.  But I’m also in love with reading about weird children’s TV shows from England (shudder), stories on student tuition fees, unsolicited advice that will soon become solicited, a comic podcast that I personally see as a challenge to match in terms of quality, a podcast of my own that is no longer my own and because of Matt is actually good most weeks, parody pieces that were good enough people really bought them, and the fact that we’ve had anti and pro Trump pieces, anti and pro religion – everything is covered.

As for the future?  It’s truly bright.  This week we have a ton of interviews, with Dan Severn already having been up (DAN SEVERN!) and the .  Yeah, I totally did push that to the point where she leaked nudes instead of giving them to me.

That’s a fitting way to end this post, I think: me making it awkward. 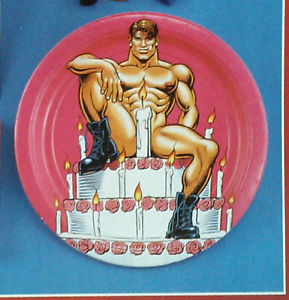