News out of Washington came that the House has passed as bill on to the Senate to avert a government shutdown, at least for the time being.

This news came as relief to a large segment of the population who wouldn’t know what to do without the Government to bitch about.

“I’m just relieved I’m going to have more tweets I can send about Trump and the GOP being assholes for calling other countries shitholes, and they’ll be at work to read them.” Said some lib.

“Just lemme get my tax check and then they can shut down all they want so I can bail my man out! Trump you a racist!!!” Said a white woman from Florida believe it or not. 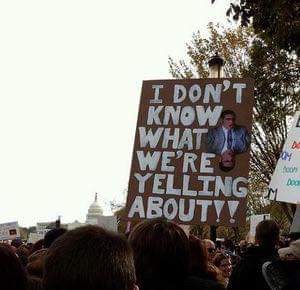 So all Government agencies will be up and running for the immediate future, much to the delight and chagrin of a nation who’s torn between hating its government but has no fucking idea what to do without it.

“If Trump has let this happen he’d really show how terrible of a President he is.” Said another lib.

When I replied with “Well luckily he didn’t allow that to happen.” The lib responded with: “Yeah cause he sucks and he’s racist.”

I just walked away.

A Few Hundred Words on What Happened at UFC 20