by Coughlin
in Evergreen, The Other Half
2

I had a cigarette once.  I was 25 and drunk and thought, “Yeah, why not?”  I smoked it and woke to a burn on my hand as I’d also decided that putting it out on my palm would be a totally badass thing to do. Took months to heal but I’m sure it was worth it for the shocked looks of the three people at a party who saw it happen.

Now, I’m not saying you should smoke.  I don’t and I’m glad I don’t because at a certain point in life it isn’t cool anymore.  When it’s 30 below and you see these sad people huddled together exactly 15 feet from the door just desperately trying to get the nicotine into their system as fast as they can, that’s pathetic.  And, it kills you and all that bad stuff too.  But, if you’re between the ages of roughly 15 and 23ish you should smoke.  You’ll be cool as shit and your life will improve.

First, it simply looks cool as shit.  Anyone who says otherwise is a fucking liar.  Look at this: 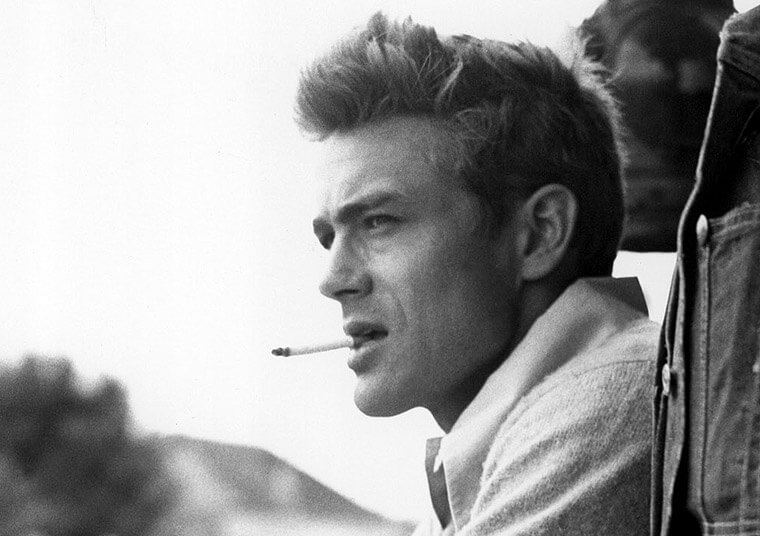 If you don’t think that is basically the personification of cool then you’re lying.  Again, I’m not saying it’s good or right but while kale, juicing, and wearing one of those weird-ass bicycle helmets might be healthy, they aren’t cool.  What 20 year old should care about their health anyways?

Everyone else knows that man is cool.  He isn’t hip or edgy or any adjective people use when they’re opening thesaurus.com.  No, he’s cool. He doesn’t give a fuck.  He doesn’t care if it’ll kill him.  He barely even uses the effort needed to keep the thing in his mouth.  Fucking. Cool. 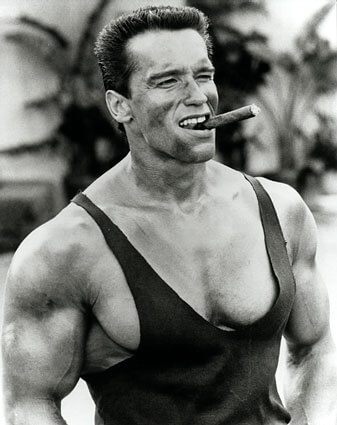 Do you know how tough it is to make The Terminator look even cooler than normal?  Add a cigar to the mix and somehow he is.  You can just see him smoking that thing while he throws a machine gun around and laughs.  You remove that stogie and, sure, him mowing down people from a helicopter is still cool but it’s not as cool and you know it.  Demonstrating that you don’t care about your life, whether it’s that chopper battle in Vietnam or when you’re chewing the end of a Cuban, is appealing.

Want a “life hack?”  Grab a pack and now you’re cooler than you were before.  You don’t need a different car or haircut or shirt or shoes.  Granted, it’s too expensive these days but once upon a time $5 made you cooler than you’d ever been before.  If I could change something from my earlier years, I’d have smoked during college.  I wouldn’t have looked as cool as anyone featured here but I would’ve looked cooler than the sad sack of shit I was at the time.

Plus, smoking is like cheating at life because you instantly have a way to talk to people.  How do you talk to a stranger in public?  If I see an attractive woman, all I can do is stare until I get yelled at for being creepy.  But if she’s standing there smoking, “Hey, got a light?” is the easiest ice breaker on earth.  You don’t need some clever pickup line or anything. 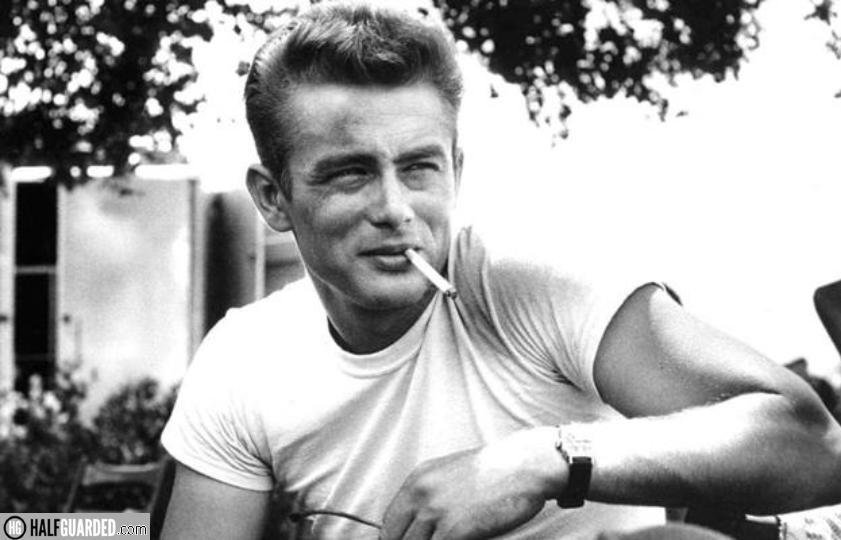 I’m in my mid-30s, divorced, and I still don’t have clue one as to what to say beyond, “Hi.”  Fucking hell, if you deliberately engage someone in conversation, you have to keep up the conversation yourself or else you’re the asshole who wasted her time and made everyone uncomfortable.  I can’t walk up to a woman and say, “Hi” and just stand there for a minute or two looking at her.  Smokers can.

“Got a light?”  Boom, you’ve connected and can now stand in quiet for a moment or two as you get a sense for what’s happening.  And since you’re both there to just smoke you know there’s a designated window of time to get in your shit.  Five or ten minutes and then she’s gone and your gone.  But, don’t worry kids, she’ll be back; that addiction might kill her but it’ll also force you two into talking over and over again.

Say I talk to someone at The Gap, when do I stop?  “Oh, you like jeans?  Me too.”  Even if you do manage a connection of some sort, you have to literally now avoid that person.  You can’t get her number and then keep walking around, seeing each other, and not talking.  You have to leave the store, and likely the whole mall, because you could run into her at the cookie stand.  Look, I got your number because at a certain age you just have to shop at The Gap, OK?  I want to enjoy my cookie and try to buy away my depression in peace until I work up the nerve to call you later.  I CAN’T BE ON ALL THE TIME! 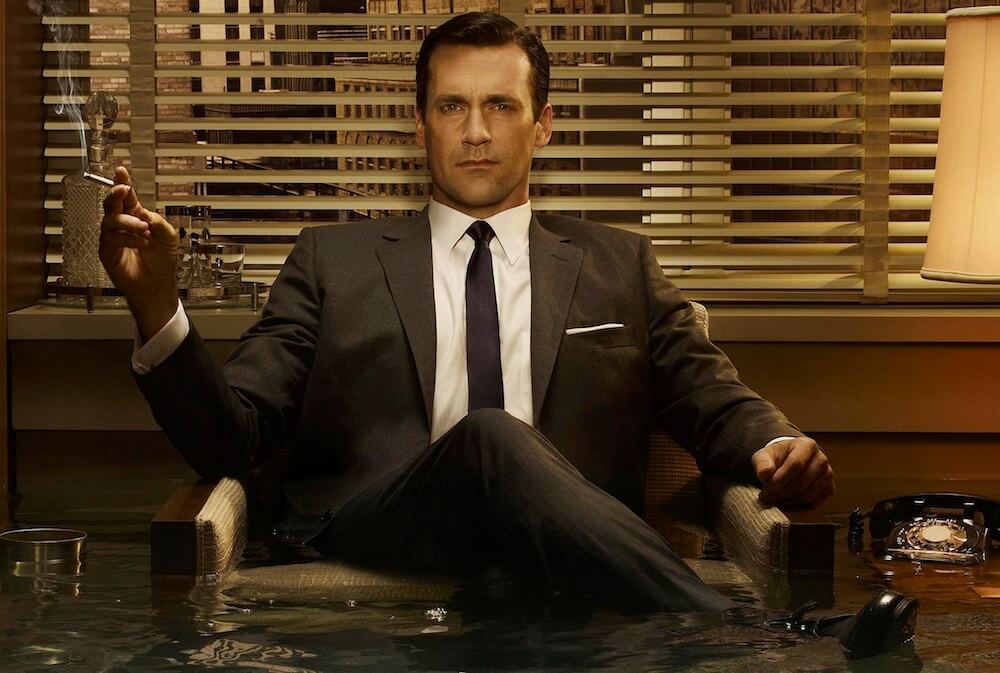 Smoking will kill you, I know this.  I’m stupid but I’m not that stupid.  Thing is, a 20 year kid shouldn’t give a shit about death.  You’re 20, go drink and smoke and fuck!  The whole reason it’s cool is precisely because you’re telling the world, “Fuck you.  I don’t give a shit about living forever, I’m living for today.  Suck my dick.”  Smoking takes decades to kill you and so you’ll have plenty of time to quit.  You shoot heroin at 20 you stand a damn good chance of being dead at 25.  No one gets lung cancer after five years of smoking.  You’ll have bad breath and might need to Febreze your clothes here and there.

What’s even better is that 15 years after you stop smoking you’re essentially back to square one!  Your body is completely healed from whatever damage you did.  Stop at 25 and by 40 you’ll be healthy enough to enjoy those great years of paying a mortgage for a house you hate while being married to someone you resent.

There are ways to fuck it up though.  Rolling your own is stupid.  You’re a hipster at that point.  You need to have your brand, one that identifies you.  I’m a Marlboro Man, dammit, fuck you and your Virginia Slims.  Rolling them is effort and effort isn’t cool. 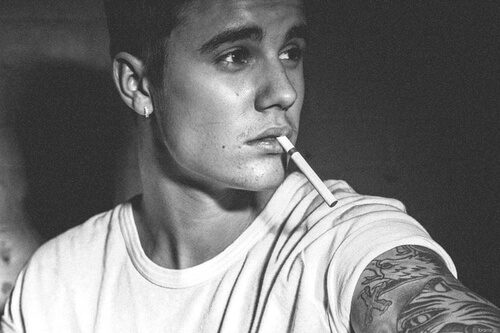 Look at that turd.  He’s trying to be cool.  Fucking thing isn’t even lit, and his “thousand yard stare” isn’t that of someone deep in thought, it’s of a guy desperately thinking, “This is what cool looks like.”  Again, trying isn’t cool.  Beware, then, that smoking will make you cooler but if you do it wrong you’ll fuck it all up.  No one likes a poseur.

Smoking also makes you smarter.  It’s a cool version of meditation.  The ability to stand and stare out into the world and think is important; your mind can wander and you’ll have no choice but to think.  But you need something to do; an excuse.  I can’t stand on my deck and just stare at the neighbors for 10 minutes doing nothing.  That’s creepy.  But if I’m smoking, I don’t look like I’m planning a home invasion, I’m just getting my fix.

Since the anti-smoking crowd have corralled all smokers into one designated spot you’re also instantly part of a club.  And that’s a club of people who didn’t follow all the rules in high school and those people are way more fun than a club of people who just read and study all day (Asians)(who, ironically, smoke a ton).  So there you are, in a group of rebels, all with something in common, and you can talk or not talk and you’ll all still have a connection. Fuck you if you don’t see why that’s cool.  Plus, you know a chick that smokes is more likely to have sex with you than one that doesn’t.

No one gets laid going to prayer groups.

And Then Cat Had a Boat