by Peach
in Music, The Other Half
0

On March 11, 2019, the best band of all time released their third movie in theatres called “Enlarged to Show Details 3,” and I was in attendance. If you know why the date is important, then you already know to which band I am referring. That band is 311. THREE, ELEVEN, THREE, THREE ELEVEN DAY BAY BAY~! 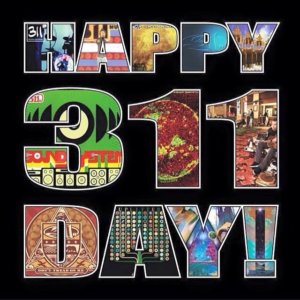 For those of us “down” with 311 since the 1990’s, March 11 (3/11 get it?) is a holiday. Is it more impactful and important than President’s Day? Certainly, and it definitely warrants a day off more than Columbus day. However, the band had to derive the holiday itself because the Federal government is impotent. Now, On alternate years, 311 will play a two-day concert event, typically on 3/10 and 3/11. In 2016 and in most years prior, they played in New Orleans.

Usually, a 311 set runs 90-120 minutes, depending on the venue. However, the 311-day concerts will both be double sets with each set lasting over two hours, not including a brief thirty-minute intermission for Nick Hexum and S.A. Martinez to catch a breather, and for the fans to roll a joint to throw on stage for P-Nut. It’s also a nice time for us to enjoy some 311 Amber Ale. The band and the fans are going to need the break because for five hours on Saturday and another five hours on Sunday, 311 will be putting it down happy slam dance style, for a grand total of ten hours! 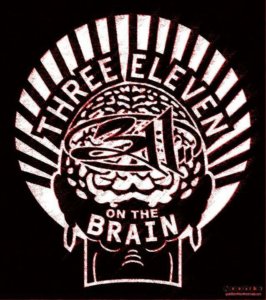 In 2016 in New Orleans, 311 brought a traditional Southern Baptist church choir on stage to perform alongside. The bold yet melodic beats of 311 mixed with the sultry and dynamic voices of the choir created a special sound and moment for the entire hive in attendance that day.

In 2014, 311 played a full set of their slower, more relaxing songs with a symphony orchestra behind them. They’re not the first rock group to do this (Remember Metallica’s S&M album from 1999?), but the beautiful symphonic sounds crossed with the smooth vibes of 311 played that evening were so awesome that they produced that part of the concert as an entirely new album, which has evolved into my winding down music. 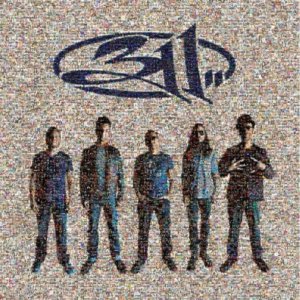 If you’re part of the 311 hive, you already know… nobody performs as well or as consistently as 311. The energy they bring every single show is addictive. Once again, I need that feeling. I need that energy. I need to experience it and despite seeing them in Orlando, I need my fix. All the excitable ones know what I’m talking about…

If you’re planning on attending this year, awesome. Everyone should. Even if you’re not a fan or don’t recognize their hits, the energy is a powerful current, and the soul you have is electricity, so don’t stay home, and don’t let me down. I’ll be the beautiful disaster freaking out, passing the kind buds, so come original, and let’s just be creatures for a while. 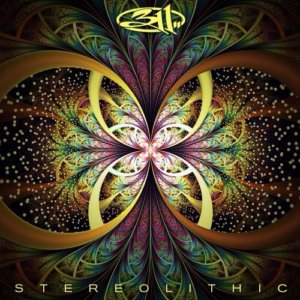