As part of our commitment to diversity, we forge in ahead with our celebration of black history month, this time honoring none other than Colin Powell. We’ll let Wikipedia do most of the work because that’s easier.

During his military career, Powell also served as National Security Advisor (1987–1989), as Commander of the U.S. Army Forces Command (1989) and as Chairman of the Joint Chiefs of Staff (1989–1993), holding the latter position during the Persian Gulf War. Born in Harlem as the son of Jamaican immigrants, Powell was the first, and so far the only, African American to serve on the Joint Chiefs of Staff, and the first of two consecutive black office-holders to serve as U.S. Secretary of State.

I don’t know much about Army but I think that’s impressive. I also didn’t know he was Jamaican, that’s cool!

As a military strategist, Powell advocated an approach to military conflicts that maximizes the potential for success and minimizes casualties. A component of this approach is the use of overwhelming force, which he applied to Operation Desert Storm in 1991. His approach has been dubbed the “Powell Doctrine”.

He he has a doctrine named after him!!!! You’ll also note that the Gulf War was a big win for ‘Merica!

Hey, look at all these medals and stuff he won: 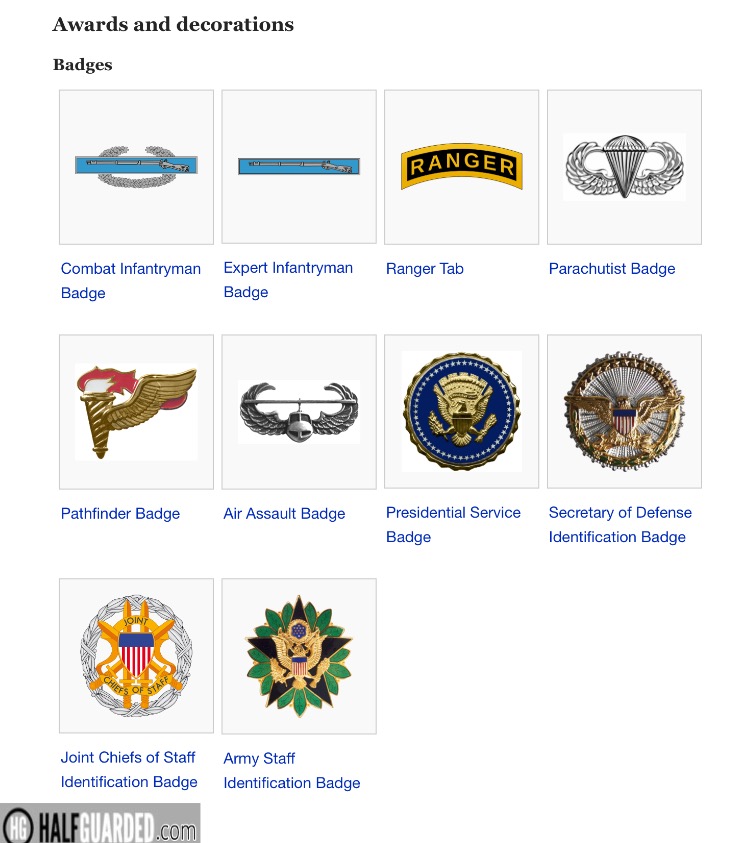 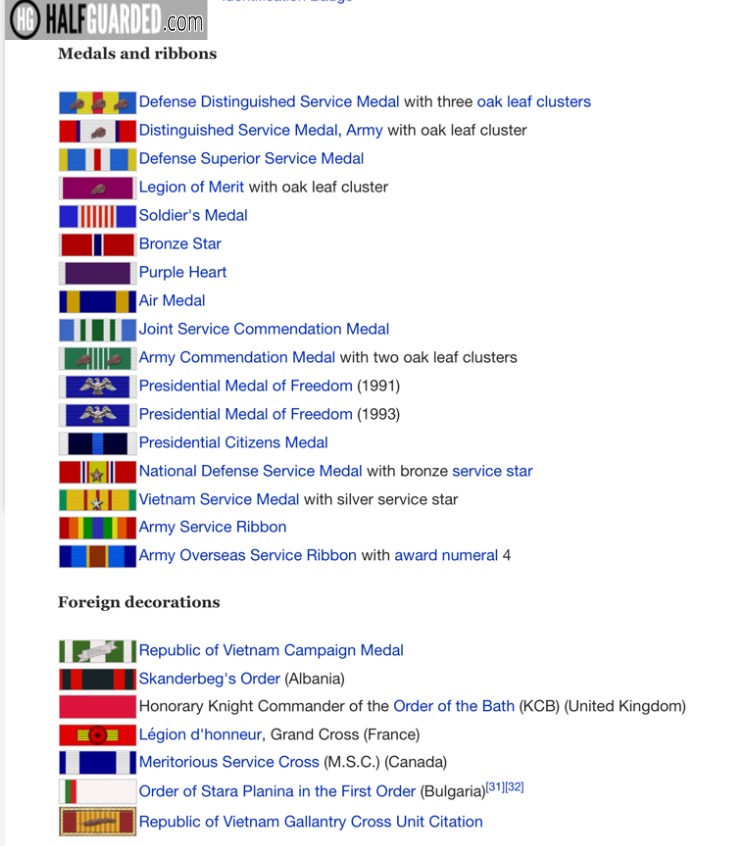 He also also did stuff with the most recent Iraq War.

Dropping the puck at a hockey game in Long Island must’ve been a moment he’ll never forget, I now I won’t!