The UFC sometimes does, sometimes doesn’t, but this time did, send an email blast to us Very Important Media Members containing canned quotes from guys and gals fighting on the next show.

I’m really happy about the opportunity to headline and to fight in the main event. There are a lot of girls who are going to fight on the card and I am really excited about that too.

She’s the first person I think about when I envision the face of WMMA’s #metoo movement.

It was a really short camp but we have focused on watching her past fights and seeing what she can and can’t do. But this is MMA, you must prepare for everything. Everybody can have a plan but, at the end of the day, you have to go inside the Octagon and fight.

You’re bigger than her. By a lot.

“I think you have to respect anyone who steps into the cage whether it is her first fight or she’s had a ton of fights. You should respect everyone. I have five rounds. I am going to do the best I can but if I can finish the fight sooner, I will.”

“I am excited for this event; it has been getting crazier over time. I have been enjoying my fight week. I’m just confident. I’ve been doing this for a very long time I treat every fight just the same. I am excited that I get the chance to fight a fighter as respected as Cyborg.

This is not how things work; the Brazilians have a chant for you.

“I’m a little more ‘old school’. Randy Couture, Georges St-Pierre; those are the guys I looked up to when I was new to the sport. Respectful guys who let their fighting do the talking and they were popular too! People wanted to see them fight. You can’t say that you must be a loud mouth to be popular. Although, it does help at this day in age with social media.”

(also: Ortega is as old school and quiet as they come.)

“It meant a lot to me to have my family here for this moment. My little brother is my biggest fan and I’m his biggest fan. I wish I was more like him when I was growing up and he wants to be more like me when he grows up. It’s crazy. To share this light with my family is something that means a lot to me. To be up there with my little brother and let him feel what I’m able to feel. To show him the lifestyle that I have earned… To, kind-of, make him the champ. Forget about me, it’s all about him.”

Is he dying or something? Fuck.

“I had an awesome training camp and I feel like this is a good matchup for me. He is going to realize that I am a lot faster than him. I know he is going to try to shoot and get me up against the fence. If he takes me down, I have been working on my jiu-jitsu a lot. I am super confident about this fight.”

“I’m totally a hundred percent focused and I’m ready for the fight. I’ve been taking the time to appreciate everything going on this week and I am enjoying it. I am having fun and I’m going to do the same thing on Saturday night.”

“I have missed the feeling of being in the Octagon. But, it’s been even more so since I arrived here in Vegas. A lot of things popped up throughout the week that I totally forgot about. Yes, it has been a bit of time but I didn’t realize how much I’ve missed the nerves. I missed the excitement and the roller coaster of all of it. One minute, you are on top of the world and, next minute, you are like ‘oh my god.’ It makes you feel alive. It is extremely addicting.”

People that are addicted to things don’t forget about them. They think about how awesome they are 24/7. It’s all consuming. You’re more like the guy who goes, “Hey, this restaurant is nice. We should come here more often.”

“I am very happy about the opportunity in front of me and I am ready to take another win.”

Your first name is stupid. 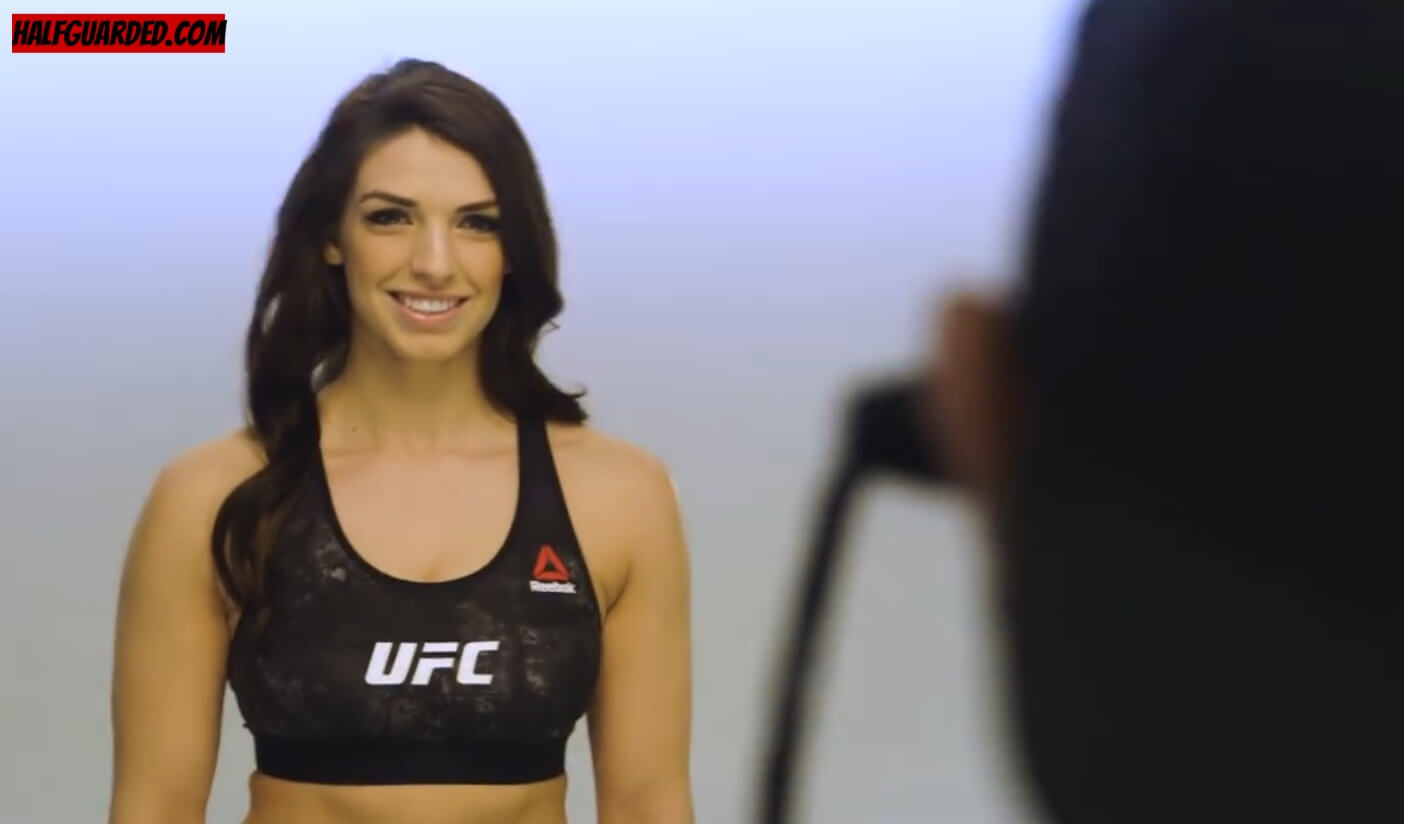 “I’m really excited about this weekend and this fight. I think it is my time to show the things that I have fixed in my game. I want to show what I am capable of in the Octagon.”

“If you see me outside of all of this, you will find out that I’m always smiling. Honestly, I am just trying to get the smiles out now because I know my personality will change as we get closer to weigh-ins and the fight.”

Nothing is so intimidating as the fighter who says, “Boy, I sure do hope I can get all my smiles out soon!”

“One last time… and it has been great. This is the end of an awesome journey. I enjoyed the ride, my career and all the people I met along the way. I have made no enemies, only friends.”

“I know that it is Mike Pyle’s last fight so that is pretty cool. I was a big fan of him coming up and, when I heard I got the fight with him, it made me excited. I know that he is going to try to put on a good fight for his last one and I want to wish him well in his retirement. However, I’m looking to win this one. I’m looking forward to the fight and looking forward to finishing him.”

What Will Happen at UFC 222

What Will Happen at UFC 222