As President Trump postponed plans to throw out the first pitch at the Yankees vs Nationals game this week, MLB has decided to make him feel at home when he does appear at Yankee Stadium in August.

MLB has been using virtual crowd noise to make the games seems more normal during the empty stadium season being played. In order to make President Trump feel more at home, they will pump in virtual boos inside of Yankee Stadium so Trump can wave and smile at the virtual fans who he thinks are cheering him. 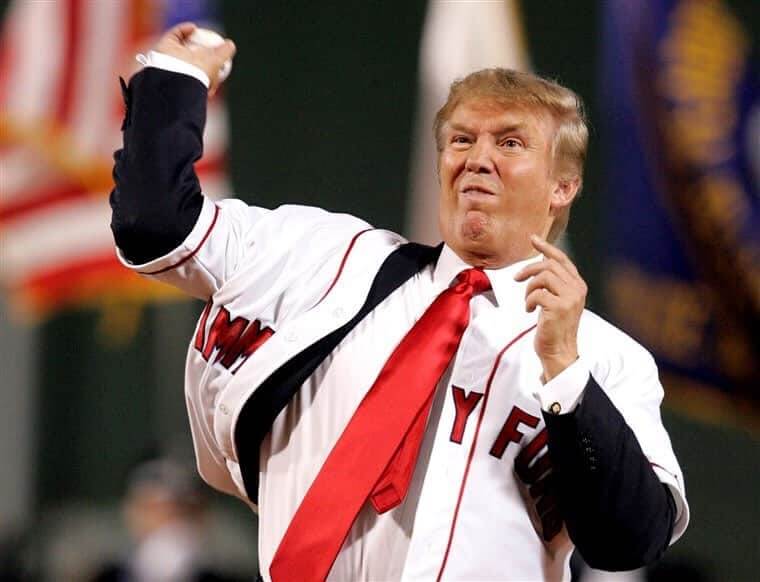 “Trump has an uncanny ability to hear negativity, screaming, and death threats as a positive. His mind reverses the sounds in his neurological pathways, and it processes as positive support. He thinks they love him.” Said Dr. Doug Inhizass who serves as Lead Psychologist at The Center for Stuff About The Brain which was founded in 1976 by Dr. Willy Stickitinher and Harry Ballsax PhD.

Trump took to twitter to promote his upcoming appearance for The Yankees:

“Got called up from the farm system to throw out the first pitch at Yankee Stadium. I’m funny! Btw, farmers love me! I’ve done more for farmers than soil, water, and the sun combined. Anyway, I’ve been working on my sliders, went to White Castle twice this week. Delicious!!!” 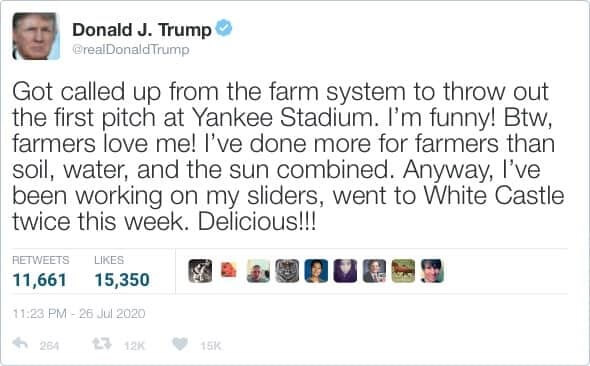 If you ask this reporter, fuck The Yankees! LETS GO METS!