Why does the U.S. even need a Supreme Court?

(This was written before Trump became President. - Editor Mike)

by JSwift
in Evergreen, The Other Half
5

The demise of conservative quote-machine Antonin Scalia throws a big old monkey wrench into the Supreme Court power struggle. Sans America’s favorite ornery Italian-American justice, the nation’s high court is now split four-and-four between Republican appointments and Democratic appointments, and it doesn’t seem too likely that a ninth justice will be installed before we have a new president. If Obama can wedge one in – or Clinton or Sanders end up winning the general election in November – then liberals have the judicial upper-hand 5-4. Conversely, if the GOP wins this fall, that means SCOTUS will once again be a predominantly conservative bench.

That’s just the tip of the proverbial iceberg, however. Reagan appointee Anthony Kennedy is currently 79, while Clinton appointees Ruth Bader Ginsburg and Stephen Breyer are 83 and 77, respectively. Samuel Alito and Clarence Thomas are both well beyond retirement age, and the youngest Supreme Court justice, Elena Kagan, is a spry 55 years old. By the time the 2020 Presidential Election is decided, there is a very strong chance that no less than five additional Supreme Court seats open up – meaning whoever sits in the Oval Office pretty much has free rein to skew the judicial system however he or she sees fit.

Of course, the opposing parties in Congress will put up a fight, but they almost always capitulate. Periodically we get a good reject in the likes of Robert Bork and Harriet Miers, but the Prez always gets precisely the kind of person he or she wants in the chambers. Not only is the power to appoint SCOTUS justices the most understated executive power POTUS wields, it may very well be the most significant.

Yeah, I know the President can technically do a lot of powerful stuff, like send drones to chase after you without a warrant or wave a magic pen and make your federal rap sheet disappear. But when it comes to long-lasting impact, it is the Supreme Court – and not the executive branch – that really holds the fate of the nation in their 18 wrinkled, liver-spot-strewn and arthritis-plagued hands.

I hate to break it to you, but the Constitution don’t mean diddly. It’s a nice idea and all, but for all intents and purposes, it is a worthless set of unenforceable guidelines. You can’t arrest someone for violating the Constitution, you can only arrest them for violating laws we presuppose are in line with whatever the Constitution says. And who decides whether those laws run afoul of the Constitution and the intent of the Founding Fathers (and, uh, whoever signed off on the other 17 amendments we never talk about, for some reason?) That’s right, the Supreme Court, who literally made up their ability – which is theirs ALONE – to determine what the Constitution REALLY means in Marbury v. Madison.

Eventually, every contentious law passed by Congress or executive act signed off by the President winds up before the Supreme Court. As such, absolutely gargantuan issues – ranging from school desegregation to gay marriage to health insurance individual mandates – are ultimately decided by just nine people (and sometimes, not even that many justices show up to perform their duties.)

My question is simple: how is it a democracy when .0000002 percent of the total U.S. populace alone are allowed to determine what’s constitutional for the other 99.99998 percent?

Think for a minute just how draconian the concept of the Supreme Court actually is. Nine people, none of them elected, are given the power to dictate what constitutes free speech, illegal searches and seizures and what is or isn’t cruel or excessive punishment for the rest of their lives, and it’s darn near impossible to remove them from their position.

Considering that incredible power and our penchant for populism and whatnot, wouldn’t it make more sense to just go on ahead and make Supreme Court justices electable positions? Why should one president’s political agenda from 30 years ago have such resounding legislative and public policy effects, anyway? If we’re going to have people in power who literally dictate to us what the Constitution allegedly means, at least giving the American voter an opportunity to decide who that dictator is feels much less medieval than letting the President stuff the court with alike-minded ideologues.

And how about some term limits, guys? No official should be in power for thirty or forty years. I’d say justices deserve no more than six years in power, and that’s being generous. But that gets me thinking: why do we need a Supreme Court doing all the interpretin’ when we can do it ourselves? 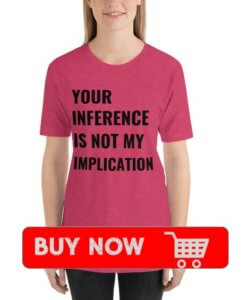 The argument is that the average citizen ain’t scholarly enough to determine judicial precedent and stare decisis and all that jazz. Well, how many ordinary Americans do you really think understand what an aggravator is in a criminal proceeding, or even grasp what burden of proof they need to make their decisions as members of a trial jury? If the common man and woman is good enough to sentence a man to the gas chamber, they’re probably good enough to settle Supreme Court disputes about patent law, affirmative action and whatever the “commercial activity” exception to the Foreign Sovereign Immunities Act is.

Why can’t we have a big, nationwide clearinghouse vote at the end of each month to settle all of the SCOTUS quandaries? We’ll all march on down to the local elementary school or nursing home and poke an electronic touch screen and decide for ourselves just how constitutional abortion and the death penalty and euthanasia ought to be. And none of that Electoral College nonsense, either; we’re doing this as a true democratic state, so majority rules.

Granted, not every Supreme Court case is all that glamorous. For every Roe v. Wade or Brown v. Board of Education, there are usually about 200 or 300 Kennedy v. Plan Administrator for Dupont Savings, and in really specific cases it is not hard to imagine that general turnout would be low and special interests could easily sway the outcomes. Yeah, that’s a problem, but one that I still find much preferable to the alternative of letting nine old people in robes – that neither I or anyone I know voted for – tell me what I can do, when I can do it, where I can do it and how much of it I am allowed to do.

The Supreme Court is an outmoded, anachronistic, overpowered and inherently oppressive mechanism. Really, what’s the worst that could possibly come about from taking the authority out of their hands and letting the citizenry make their own decisions for a change?

Perhaps no one has ever said it better than Scalia himself. “A system of government that makes the People subordinate to a committee of nine unelected lawyers,” the late justice penned in 2015’s Obergefell v. Hodges, “does not deserve to be called a democracy.”

163: The Week MMA Managers Got Owned