5 Must Questions to be Answered by the 2016 NBA Playoffs

The 2015-16 National Basketball Association playoffs are right around the corner, and we’ve no doubt got plenty of intrigue heading into the postseason. In the Western Conference, arguably the greatest offensive unit in modern NBA history seems destined to clash with arguably the greatest defensive unit in modern NBA history, and in the Eastern Conference, the combination of a watered down Cavs’ squad and plenty of scrappy underdog contenders could result in our first King James-less NBA finals since 2010. And on both sides of the brackets, there are plenty of talented – yet unheralded – squads that might just be able to pull off among the greatest upsets in the history of American professional sports this spring.

Need to be brought up to speed on where we stand at the regular season’s end (or haven’t followed the League since NBA Jam: Tournament Edition came out)? Well, I’ve got the five most pressing questions heading into the playoffs below – along with some, ahem, expert analysis on how things will ultimately play out once the do-or-die play gets started.

Are the Warriors an absolute lock to repeat as NBA champs?

The short answer: Yes, just as long as Steph Curry or Klay Thompson don’t get injured.

The long answer: In case you’ve been living under a rock (essentially, anywhere that isn’t America or Toronto), you’re probably well aware that the defending NBA champion Golden State Warriors are a really, really good team – as in, a team so good they might just set the League record for most games won in a single season. Averaging an absurd 115 points a night, the Warriors haven’t lost a single home game as of March 30. Of course, League MVP Steph Curry and Scottie Pippen 2.0 Klay Thompson are a major part of that, as the two are combining for a nightly average of 52 points per contest. The rest of the Warriors’ starting lineup are putting up impressive numbers, too, with Draymond Green posting nearly 10 rebounds per game, Harrison Barnes averaging 12 points a game and Andre Bogut averaging two blocked shots every outing. With so much offensive firepower, it is hard to imagine any of the other 15 teams in the field being able to survive a war of attrition with Golden State. However, as last year’s injury-plagued Cavaliers clearly demonstrated, if Klay or Steph get sidelined, all bets are off. Alas, pending Curry’s ankle doesn’t snap like Joe Theismann’s did that one time on Monday Night Football in the quarter finals or Thompson comes down with Dengue Fever before San Antonio rolls into town, nothing short of Oakland falling into the Pacific Ocean is going to keep the Dubs from picking up their second consecutive NBA crown.

Do the Spurs have a chance at knocking off the Warriors in the Western Conference Finals?

The short answer: They can definitely breeze their way there, but as long as the Splash Brothers remain healthy it seems unlikely.

The long answer: The Spurs have every right to be irked this year. After all, considering their dominant defensive play – their D is only allowing adversaries 92 points per game, while their own O is putting up an average of 104 points a contest – any non-idiot out there would have to consider this year’s Spurs to be one of the greatest regular season squads in pro basketball history. Unfortunately for the San Antonio faithful, those bothersome Warriors had to go out there and play even more incredible offensively and threaten the once-thought unsurpassable 1997-98 Bulls’ single season win total record. Still, the power-packed starting five of Tim Duncan, Manu Ginobili Tony Parker, Kawhi Leonard and LaMarcus Aldrige remain the most fearsome in the League, and they should reasonably have no problem plowing their way to the Western Conference Finals – where, as one would deduce from empirical logic, they would go toe-to-toe with Golden State. That right there is your real NBA Finals – the old “irresistible force” meets “unmovable object” chestnut, with the best offensive unit in the League tangling with the best defensive unit in pro basketball. It should be one hell of a series – note that, as of the end of March, neither of these teams have lost a single game at their home arenas – with the inexhaustible Warriors most likely to win a thrilling six or seven game tilt. Again, all of this hinges on whether or not Klay Thompson and Steph Curry are able to play at regular season speed throughout the postseason. If the two Golden State standouts can’t, then the scales tip in San Antonio’s favor. If they don’t – or any of the Spur’s starting five get sidelined – then I’d definitely put my moolah on the Boys from the Bay. 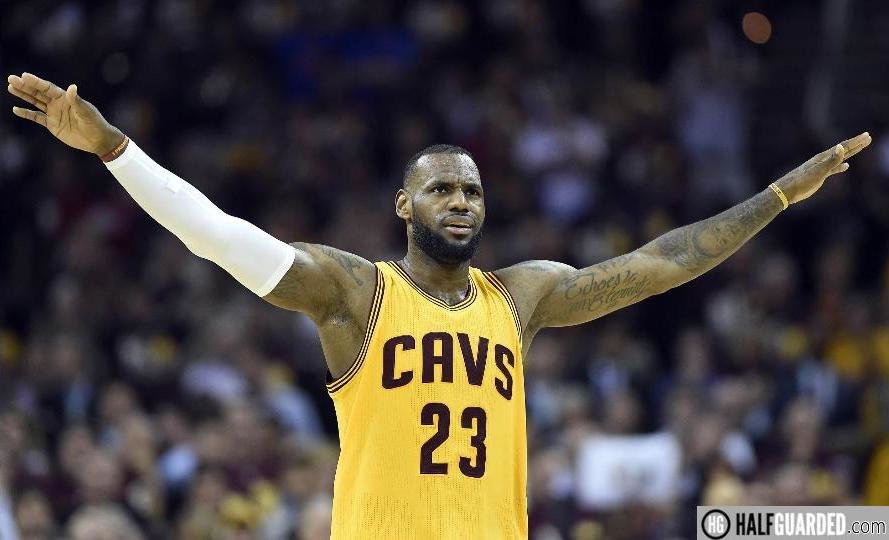 Will the Cavs even make it to the NBA Finals this year?

The long answer: The Cleveland Cavaliers, at the beginning of April, are still statistically the best team in the Eastern Conference. Their points differential of 5.9 is far and away the conference’s best and their 98 points allowed per game also makes them the East’s best defensive squad. That said, the holy Rust Belt trinity of LeBron James, Kyrie Irving and Kevin Love aren’t clicking as well as they did last year, and one can’t help but have the feeling that if any of them get injured early in the playoffs, the team is absolutely sunk. It’s been a trying season, no doubt – their head coach did get fired halfway through it and there’s a strong chance their current head coach could receive his walking papers at the end of the year, as well – but presuming the team’s core can remain healthy, I’d still consider them the easy favorites to waltz out of the Eastern Conference. It’s a copout answer, I know, but in this case, the end outcomes really are a day-to-day question.

Are there any teams in the East that DON’T have LeBron James that could feasibly challenge whoever wins out West?

The short answer: Not bloody likely.

The long answer: So let’s say the worst case scenario for Cleveland fans (outside of the fact they still live in Cleveland) comes to fruition and one of the Cavs’ big three get hurt. With the barn door now wide open, are there any Eastern teams that could potentially pose a threat to whoever represents the West in the NBA Finals? Well, that hardly seems likely, since only four teams in the East besides the Cavs have point differentials above 2.0. Clearly, the Raptors represent the most realistic threat to the Cavs’ Championship aspirations, but I really, REALLY don’t like how they match up against either the Warriors or Spurs … or even the Thunder, for that matter. The surging Hawks, Celtics and yes, maybe even the Hornets could get a hot hand and feasibly eliminate an injury-hampered Cavs squad, but none of those teams have the depth to really worry the titans on the left side of the Central Time Zone, either. So, yeah, unless a Cavs squad at 100 percent health winds up duking it out with a banged up Spurs or Warriors team missing several starters, the odds of any Eastern team taking home the NBA title this June is about as good as Marco Rubio’s chances of winning the Presidency. 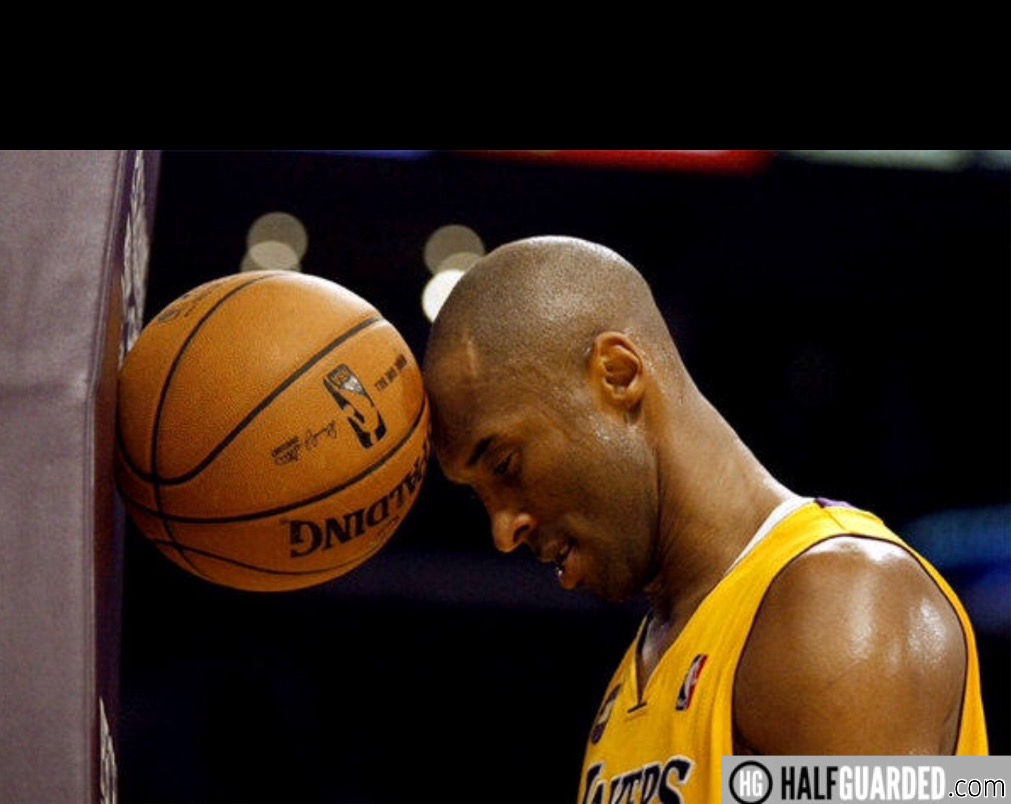 Does any team in the Western Conference have a shot at bumping off Golden State or San Antonio?

The short answer: LOL No.

The long answer: This is a really unusual year in the NBA, because it is the first in a LONG time in which the Eastern playoff teams, comprehensively, are better than the Western conference playoff teams. To demonstrate this, if the eighth-seeded Pacers were magically transported to the West, their record would net them the conference’s fifth seed; furthermore, as of the first of April, the Sacramento Kings – whose winning percentage is an abysmal .392 – have yet to be officially eliminated from postseason contention (in the East, teams with .419 records have been mathematically eliminated since the middle of March.) Granted, this has a lot to do with the Spurs and Warriors annihilating everybody, but let’s say one or both of those squads – somehow, someway – wind up faltering early in the playoffs. If neither Golden State nor San Antonio can right their respective ships, is there any team in the West that is best situated to run away with the conference crown? Oklahoma City is clearly the third best team in the West, with the Clippers a distant fourth. Everything from the fifth seed on down, however, is a crap shoot in more ways than one, and it seems highly improbable that a team like the Jazz or Rockets has a chance even against a Duncan-less Spurs or Curry-less Warriors team. OKC and the Clippers might be able to wrest away a home win against the Warriors or Spurs, but frankly, they just don’t have the depth needed to put the top dogs away in a seven game series.

Which, now that I’ve said all that publicly, means it’ll be the Memphis Grizzlies taking on the Portland Trailblazers for the right to duel with the winner of the Detroit Pistons/Boston Celtics series for the Larry O’Brien Championship Trophy this summer, naturally.