Scandals are a dime a dozen in the college football world. Coaches and administrators and A.D.s have been covering up player misconduct for decades. It’s an inevitable part of the game, whether it’s grade tampering at Notre Dame, point shaving at Florida State or even co-ed rape being swept under the rug at Baylor.

College football, by its very nature, is a business prone to corruption. One may go as for as to say that it actually thrives on it. But as regrettable, pathetic and outrageous as some of the scandals at other schools may be, what happened at Penn State goes so far beyond the typical – if not expected – NCAA degeneracy that the only word to describe it is abomination.

What happened at Penn State is unconscionable. That Jerry Sandusky got away with sexually torturing children for nearly 40 years is disgusting enough, but to realize the university’s upper brass not only knew about these sickening crimes but helped him cover them up is repulsive beyond words. 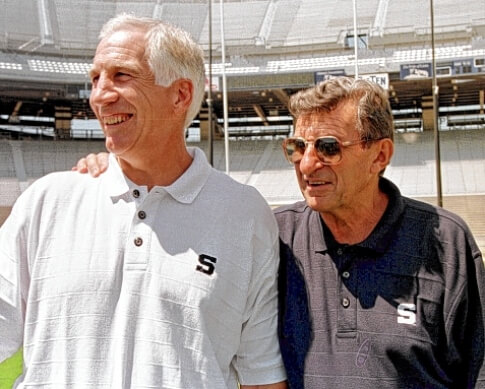 Your university was essentially a front for a pedophile to ruin the lives of countless children. Sandusky couldn’t have done it without the help of your esteemed president Graham Spanier, V.P. Gary Schultz and athletic director Tim Curley – you know, the guys who failed to report the rampant sodomization of children on their own watch. They knew Sandusky was trying to molest children in the showers all the way back in 2001 – and instead of reporting his sorry ass to the cops like any decent human beings would, they simply chose to look the other direction.

And for what? So your precious little football program could keep selling home game tickets? So the NCAA would keep feeding you merchandising revenue? So you could get a nice, fat cut of the Big 10’s network TV deal money?

These “men” – and I use the term very loosely – let a sexual predator destroy dozens, perhaps even hundreds of young lives, to protect a stupid football program. Just how many devastated children are worth protecting Joe Pa’s legacy, Penn State? How many tears of pain and emotional torture would it have taken to get you to say something, anything? Your “icon” is a pathetic excuse for a man who knew about horrendous child abuse going on with his staff since the 1970s, who never said a damn word to the authorities. And you have the audacity to erect a statue of this lowlife on your campus and celebrate him like he was some kind of hero? The only thing tragic about Joe Paterno’s death is that it didn’t happen while he was sitting in prison, serving a life sentence for aiding and abetting the rape of children.

Even with Sandusky getting sent down the creek for the rest of his life, the fact that so many people who chose to overlook child torture at Penn State didn’t get the same punishment is a travesty in and of itself. There are scores of people from your school – Spanier, Schultz and Curley are just the tip of the iceberg – who should be in prison right now. The crimes that were allowed at Penn State for nearly half a century are a stain that can never be removed. The sins of your university are so egregious, so horrific and so ghastly that Penn State should be forced to forever bear the utmost mark of shame. 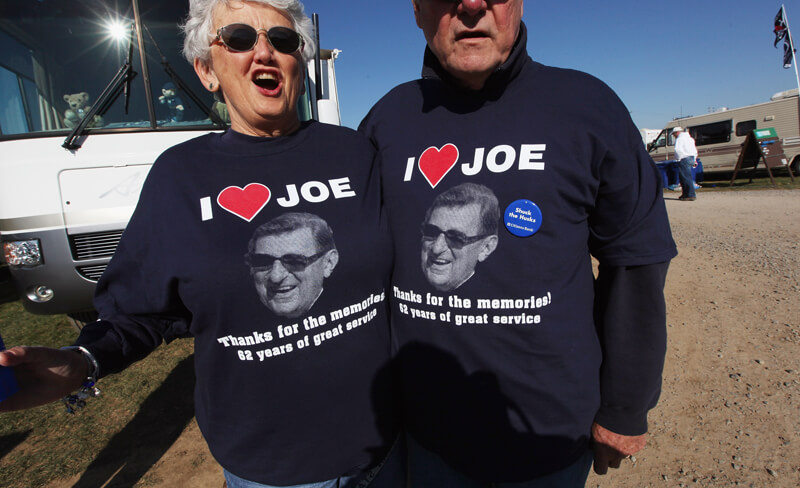 If Southern Methodist can have its program shut down for simply operating player slush funds, the NCAA should have put the hammer down on you … and still be pounding the hell out of you today.

Forget forfeited wins. Forget bowl ineligibility. The spineless cowards in the National Collegiate Athletic Association should have terminated your program forever. For as long as Penn State exists, not only should it not be allowed NCAA monies of any kind, ANY team that agrees to play them should automatically lose their NCAA status as well. In a just world, the sickening, toxic cloud of your school’s crimes against children would forever poison your “greatest” athletics revenue generator.

And if you think that’s too harsh a penalty for an organization that gleefully allowed a pervert to ruin the lives of young people to sate his own sadistic whims for more than 30 years, I’d say you’re just as sick a son-of-a-bitch as the rest of those pedophile protecting criminals.

If the NCAA doesn’t have the backbone to do it, there are still plenty of people out there with some shreds of human decency left that will.

I’m personally boycotting this weekend’s Big 10 Championship game. And I’m going to boycott any and all advertisers associated with it.

Athletes today are always going on and on about making stands for social justice. Well, what greater stand for “social justice” could there be than saying “hell no” to playing against an organization that profited off the sexual maltreatment of youths? 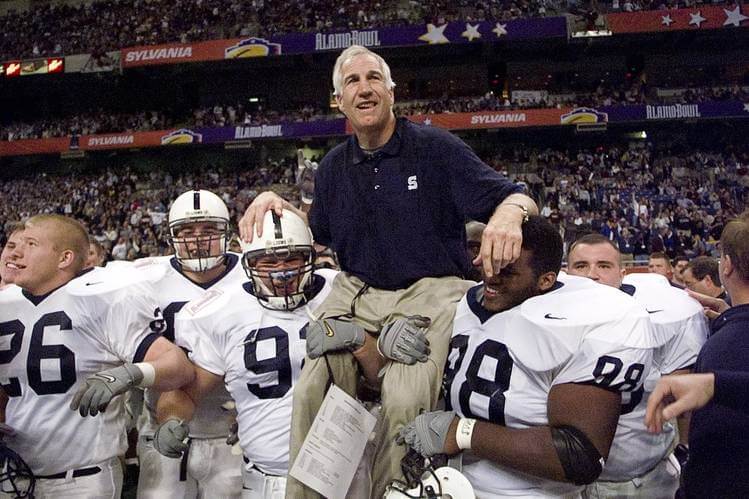 If anybody at Wisconsin is reading this, do the right thing – protest the game. Say you refuse to help an organization that lied to save the skin of a child rapist make even more money. Tell the network and its sponsors and the big, bad NCAA you don’t give a damn about their multi-million dollar arrangement – by stopping the Big 10 Championship from taking place, you can make an enormous statement about the most depraved, disgusting and disturbing crime anyone can commit. We’re not taking your blood money, Penn State. And we’re not going to afford you the opportunity to prosper until you fully atone for your sins.

How do you erase the stigma associated with decades and decades of covered-up child abuse? There are some crimes so terrible that no punishment completely rectifies the hideousness of the depraved actions. And what happened at Penn State is unquestionably one of them.

Odds are, your university will never be brought to justice. Your school will never be forced to accept the penalties you yourselves know you deserve. 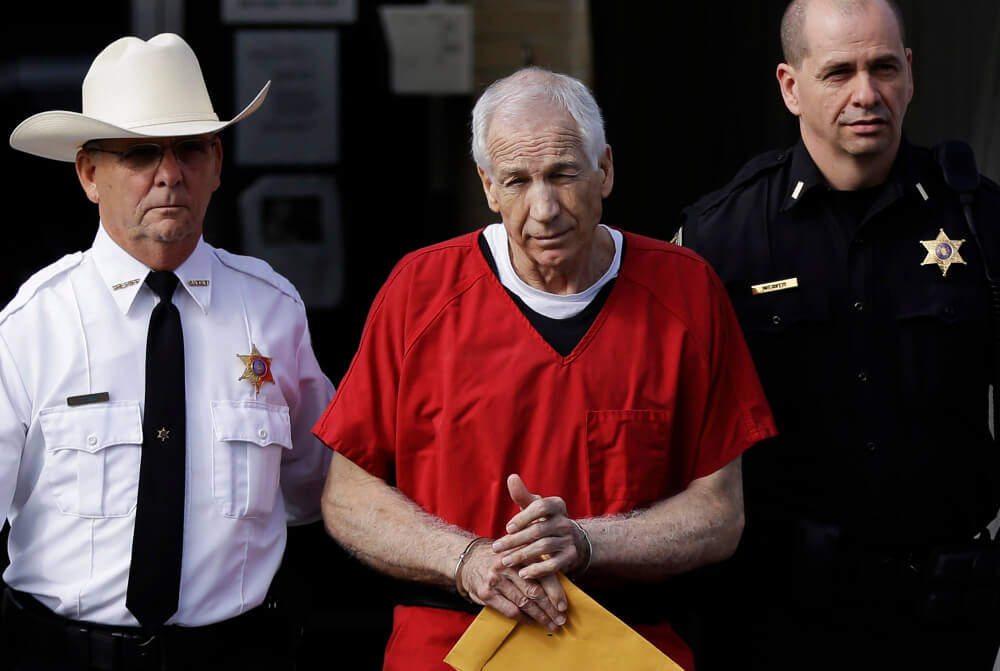 But rest assured, there are going to be a lot of people out there, ever eager to remind the masses of the unspeakable travesties you committed each and every time you achieve some measure of “success” on the gridiron.

And that, PSU, is your inescapable legacy, no matter how many goddamn football games you win.

#56: GSP forms a "union" with BJORN; Conor BOXING?; and the underrated UFC card on Saturday;