Battleground Recap is really all about WWE Brock Lesnar News

by The Staff
in Entertainment: Movie News, Previews & More!
0

Five weeks away from WWE’s biggest show of the summer, Titan Inc. rolls into St Louis for Battleground.  Here is your blow by blow recap – one already spoiled by the title.

The show opens with Sheamus vs. Orton in the battle of two guys I should care about but don’t. They go back and forth for a bit before Sheamus gets the advantage and works on keeping Orton on the mat. Lots of shots to the head. Orton evens things up after reversing a shoulder in the corner. Both guys reverse some of their signature moves and they brawl on the outside. Orton hits a slam on the announce table and back in for more signature moves and reversals. Sheamus gets a little bit more of the offence, goes for Brogue Kick. Orton side steps but misses the RKO. A couple more reversals and Sheamus hits the White Noise for a near fall. back and forth again as the crowd goes mild. Orton hits a top rope superplex for a two count and hits the draping DDT. Crowd comes alive as the hometown boy teases the RKO, but Sheamus reversed into a roll up for another near fall and then follows up with a Brogue Kick and a cloverleaf. Orton gets to ropes after a fair amount of struggle then hits the #RKOOuttaNowhere for the win. Decent opener, but a bit slow. Would have benefited from cutting a couple minutes out the middle. The crowd were just waiting for the RKO.

They show a recap of the Divas segment from RAW. JoJo interviews the 45ft tall Stephanie McMahon. She talks about the history of wrestling in St. Louis and says the divas will make history tonight, I think.

New Day come out before the tag title match and cut a promo about being positive and says sometimes you have to lose to win later, completely exposing WWEs booking philosophy.

Kofi and Big E cut the ring in half and beat the fuck out of Darren Young. Xavier shouts about Bicep meat on the outside. Darren makes the hot tag and Big Deal Titus O’Neil runs wild. All 5 men get involved and go back and forth. Titus hits his powerbomb to retain the tag team championship!

Paige and her NXT mates are backstage chatting about how they’re going to tear down and rebuild the division. They interlock their pinkies, for some reason.

We get another slow, plodding, back and forth match from Bray and Roman. Bray rolls to the outside after a Samoan drop and after slowly jogging around the ring for 20 seconds, Roman misses a tackle and goes shoulder first into the steps to give Bray the advantage. Bray slowly smacks Reigns about for ages. They brawl on the apron which leads to Wyatt hitting a DDT out there. Reigns almost gets counted out but rolls back in at 8 and gets put in a Vintage Orton 2006 chinlock for 5000 years. Reigns starts to fall asleep. I do too.

Reigns powers out and hits some moves and throws some suplexes. Roman goes for his dropkick on the outside but it gets reversed into a clothesline. Bray takes control again, hitting a senton on the outside. He goes for a middle rope superplex but Reigns slides down and reverses it into a powerbomb for a two count. Reigns goes for a superman punch but it gets reversed into a FAILED Sister Abigail. They roll outside and Roman hits his dropkick on the apron, as he rolls back Wyatt takes back control, but Reigns reverses the Sister Abagail and hits the superman punch for a 2 count. He sets up for a spear but Wyatt hits a big boot and a clothesline for a two. Reigns breaks out of another Abigail attempt and hits a bunch of moves.

Wyatt throws him into the dasher boards and goes for a chair. Reigns knocks him down and throws a load of chairs in the ring. As the ref is throwing them out some lad (Luke Harper) in a hoodie throws Reigns into the post, helping Bray. He finally hits the Sister Abigail and Wyatt the win. This was either the best worst match or the worst best match I’ve ever seen. Harper reveals himself and they pose in the ring.

Sash Banks and the rest of Team BAD (Beautiful and Dangerous) get interviewed for the third Divas segment of the night. They put over that they’re a cohesive unit and don’t say much else.

Divas match up next. One member of each trio will compete in a triple threat. They tease it’s going to be Nicki vs. Sasha vs. Charlotte but Nicki rolls out and heads out the ring and gets Brie to take her place.

Sasha control most of the match and comes across like a total star in the process. A light “We Want Becky” as Charlotte hits some sloppy offence. They do some fun spots but the crowd isn’t too interested. Brie hits a double missle dropkick and some knees before being sent to the outside. Team Bella help her up to the apron but she gets knocked into her mates. Sasha hits a dive on three girls and Charlotte does the same. They roll back in and Saha gets Charlotte in the BankStatement. Brie throws her to the outside, but Charlotte locks in the Figure 8 on Brie for the win. Better quality than most main roster Diva matches but if you’re comparing it to Lynch vs. Banks from the last Takeover show it wasn’t that great.

Massive amounts of heat for the U.S. title match. The match starts like the other two singles matches we’ve seen tonight, but both guys are so over and the feud is so hot that the crowd are super into it. Cena gets a two count with his top-rope leg-drop. Owens gets a two count of his own with a DDT. Cena hits 3 out of his 5 moves of doom but Owens rolls to the apron and knocks Cena down. Owens goes for the senton, Cena gets his knees up. Goes for the AA but Owens reverses and goes for Cena’s 5 moves, hitting 4 out of 5. Cena reverses the AA into the STF. Owens breaks free and they brawl.

Cena reverses the pop-up powerbomb and Owens reverses the springboard stunner. Owens hits the cannonball for a two. Owens shouts abuse at Cole and Cena hits the code red for another near fall. Owens catches Cena off a leg drop attempt for a pop up powerbomb and a two count. Cena hits the AA for yet another near fall. A little bit of overkill as the crowd starts to not buy the falls. Owens tells Cole to “watch this” and they hit some more reversals. Owens eventually hits the AA and puts Cena in the STF. More back and forth. Cena gets a near fall with a top rope DDT and the crowd chant “THIS IS AWESOME”. Cena hits a springboard stunner but Owens reverses with a clothesline. Stone Cold smashed his TV. Cena starts to get frustrated as Owens kicks out of a 45th AA, but Cena kicks out of a 79th pop up powerbomb and Owens starts to lose his cool. Top rope AA and the crowd go mental as Owens kicks out AGAIN. Cena needs a new move. Cena locks in the STF and retains as WWE kill all of Kevin Owens’ momentum. The loss was puzzling. Although the loss doesn’t really hurt Owens, but it really doesn’t help him going forward.

The best TV presenter in the business comes out wearing a cute little cardigan and complains his match with Ryan ‘The Ryback’ Reeves is and Big Show has been canceled. Miz says The Big Show isn’t here and hasn’t been here since the attitude era. He tells him to retire and demands the IC title. A shitty sports reference brings Paul Wight in a polo shirt to the ring. Miz backpedals and show hits him with a knock out punch and heads to the back as Miz has a little kip in the ring.

Main Event time. Rollins has nae pals and comes to the ring on his own. Starts off with Rollins using his speed to avoid Brock’s offence until he eats 5 German suplexes in a row. He rolls to the outside, grabs his belt and tries to run. Lesnar hurdles the barricade and throws him back into the ring. Brock hits a 6th suplex and goes for a 7the but Rollins lands on his feet. He hits leg kicks and head kicks and goes for the pedigree. Lesnar reverses into an F5 attempt but Rollins gets out and hits more kicks, knocking Brock outside. Rollins hits two dives but as he goes for a third, Brock rocks him with 6 more suplexes. Crowd is counting along as it reaches 12. Rollins slaps Lesnar and eats another suplex and and F5. He goes for the cover and the lights go out…

When they come back on ‘Taker and Lesnar stare down with Rollins nowhere to be seen. Lesnar reverses a chokeslam attempt but ‘Taker knocks him down and hits it and follows up with a tombstone. Undertaker goes to leave but he gets back in the ring and hits another tombstone. Undertaker poses a bunch as the show goes off the air. Good match with a very good angle to end the show.

This entire pay per view felt like a set up show for Summerslam, and I suppose that’s what it should have been. There was nothing too impressive on the show. I personally thought the Owens/Cena match was the best match but I also thought it was the worst of their three. Don’t go out of your way to see Battleground as everything worth seeing has either already been done or will be improved on at Summerslam. 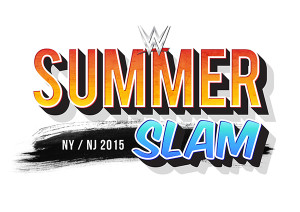 UFC on Fox Chicago Road to the Octagon in full