The fall is approaching.  Blah blah blah.  Figure out your own intro about kids in school.  It also means new TV shows are coming.  A bunch of them.  In the standard way from the standard networks.  We already did what no one else* would and reviewed episode one of Lucifer.  Now we return with a Blindspot TV review thing where we look at Thor’s Buddy as she’s naked and tattooed.

Let’s see.  Blindspot stars Jaimie Alexander, who plays Sif in the Thor movies and who is also the person most likely from said films to appear on ABC’s Agents of SHIELD so her non-Thor career ain’t what she probably wishes it was.  She’s also American and for whatever reason I’d assumed she wasn’t.  Probably the accent she does in Thor and her “exotic” look.

Oh, yeah, I should get to her look on the show.  This is it:

You’ve probably seen some commercials for Blindspot and as such probably already know what it is but: this super hot chick with no memory (but a bunch of skills she didn’t know she had, like speaking various foreign languages, and beating people up) is found in a duffel bag in New York City.  Naked.  Covered in from head to toe in tattoos.  The FBI (I think) gets involved because one of her tattoos is a random FBI agent’s name.  Thus forms the Buddy Cop pairing.

You’ll shoot your eye out

Despite the fact that she has no memory.  Or clothes.  Or even a preference of tea or coffee.  Because she randomly figures out what a few of her tattoos say, she is allowed to go along with her new FBI Buddy Cop as they stop murders and stuff.  This is standard police operating procedure, I assure you.

Back to her look.  I have a thing for women that basically look exactly like Alexander does in this show.  The short, jet black hair, the tats, etc…  So, I’m biased in that manner.  I will literally watch this show so long as she looks like she does.  I don’t care if it becomes ISIS propaganda: if she looks like this, I watch. (And using the word “FBI” and “ISIS” in the same article means that some poor bastard at some government agency probably has to read this because I’m sure it was flagged.)(HI!)(I voted for Kodos.) 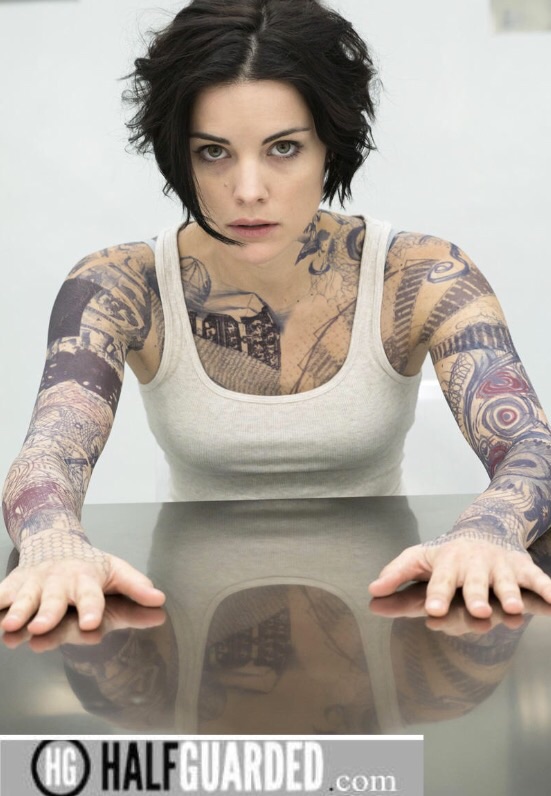 I would seriously marry that and bring her home to my mother who would likely be mortified.  Everyone else would also wonder why I didn’t learn my lesson about marriage and just do as Rod Stewart once said, “Instead of getting married, I’m just going to find a woman I hate and buy her a house.”

I think the show is betting on it too as basically every advertisement is based around how she looks.  I know “hot chick in crime thriller” is normal but this is going out of its way to highlight her look.  STAY AWAY, SHE’S MINE!

In the end, like, there’s no mystery despite the promise of mystery.  It’s a procedural – like Lucifer – and with a bit of Lost mixed in.  Like Lost, I suspect if this survives a season or two (and my gut says it won’t because she’s too “alternative” looking for grandmothers to watch the show and that’s who watches network TV these days), it will be a confusing, contradictory, mess of its own internal mythology.  Oh well.  It’s a crime of the week thriller deal.  Just with a naked tattooed chick who can’t remember anything and … this thing has the plot of a Duke Lacrosse team party! 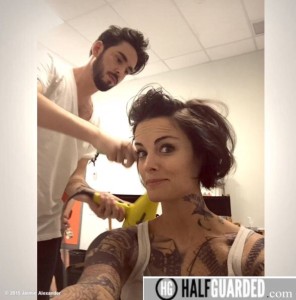 Randomly, I was looking at IMDB to double check the spelling of Alexander’s first name – which I had wrong btw – and saw an associated thread for this show entitled “Most racist pilot I’ve ever seen.”  I didn’t read the thread because I want to let my imagination run wild with it.  There was a bunch of Chinese based stuff in the show, but none that was anymore racist than I’ve seen before.  It’s not like I saw someone in black face running around.

Drugged woman, racism: it’s possible this is a Duke frat boy prank being taken too far.

Will I see it again

If the writing is good – and the pilot didn’t promise anything great or bad – then this could be good.  The mystery of her tattoos and her personal background can provide enough season long plot threads for a bit.  The beat by beat stuff of each episode is easy enough that I swear Big Hollwood just has a bunch of writers locked in a room writing generic CSI/”24″ tv shows where they change the names of a few people and voila, you have a TV show!

If everything about the show is average then this won’t make it.  Alexander has enough on her own to get this up and running, as she comes across charismatic and such.  No one else interests me.  Her Buddy Cop partner is negative charisma.  The mysterious black lady boss who might know more is standard OP at this point.

Unlike some shows, where the cast has enough to make ordinary turn into something fun and memorable (memorable enough to create 45 spinoffs) this will need Lost like plotting to keep people hooked.  And I don’t think that’s going to happen.  Shame, because: