Comedy Suplex Podcart 82: WTF News including AEW and the weaponizing of a bloody tampon!

***If that headline doesn’t intrigue you, then… you’re probably a normal person and will not like our show.  If that’s the case, listen anyway so you can be grossed out.***

Sweet smizzmar it’s the Comedy Suplex Podcart back in action! Hear about the incredible WTF news covering All Elite Wrestling stabbing ROH in the back, what celebrities may enter into the squared circle in 2019, and Priscilla Kelly stuffs a used tampon down her opponent’s throat! It’s already been a crazy year, and we’re just getting started!

Follow us @ComedySuplex, @DirtyRonMcD, & @PeachMachine. Check out our website HalfGuarded.com. Please support the show by subscribing on Anchor.FM, iTunes, Spotify, IOS, and where ever podcasts are heard. Leave us a review, tell a friend, share us on Social Media, and subscribe your friends’ accounts when they leave their phone on the table to go heat up a burrito. 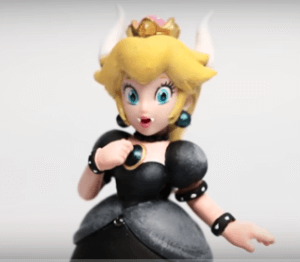 What President Trump must say about White Nationalists

Comic Conversations 224: In Crom We Trust

Comic Conversations 224: In Crom We Trust