At 32, Christmas is kinda just there for me. Neither my brother nor I have any children, and so Christmas Day is just us two, my mother, and my brother’s girlfriend exchanging gifts. This is fine but Christmas is for kids. Whoever came up with the idea of Santa Claus is a genius because you will never, ever have happier memories than those Christmases you came downstairs and there were what seemed like a billion toys everywhere. Any possible doubt you had as to the Fat Guy’s existence was immediately gone.

I also don’t “get” kids. I know people have them, often times on purpose, but they kind of confuse me. Usually they’re boring, especially because when they want to play toys with you it always has to be their way and they usually don’t even play correctly! (Come on, kid, there’s no way a Storm Trooper is friends with a dinosaur from Jurassic World.) And they kind of seem a bit tedious and after about ten minutes I just wanna sit and watch TV, possibly drinking away the rest of my life as the Good Lord intended.

As far as kids go, Ben is cool. Which means he’ll do lots of random stuff that I have to pretend is funny and cool but deep down I’m thinking, “I could whip your ass at this game if I wanted to.” He’s awesome, sure, but he’s still a kid.

My cousins have had kids, and they’re all more or less cool, but they all live 500 miles away, not 5 miles away. I’m sure some of them are little bastards, because that’s a Coughlin family trait, but likely good kids. They ain’t Ben.

I’ve spent my fair share of time with Ben, and most of it is at the zoo. Kid LOVES the zoo. Loves. It. He can name every animal, know their story, where they live, etc… I’m not sure if he’s a savant or if kids are just good at learning about animals. But: he’s a kid and I’m a 32 year old man who stares at the bears and yells, “FREE MY PEOPLE!” He knows who I am, but how much could he really know, right?

The other day, Meg and I exchanged gifts and being the awesome person I am, I got Ben a gift. It’s a good gift too and I like shopping for him because we have the same taste in toys. Then she said, “This is from Ben.” I hadn’t expected Ben to give me a gift. Remember, Ben is four. I wasn’t aware four year olds were capable of being generous. I think when I was four I was “giving” my brother toys only after I was bored with them. Oh, but Ben? Not just one gift but TWO!

I open the first one. A big, rectangular deal. And what is it? THIS: 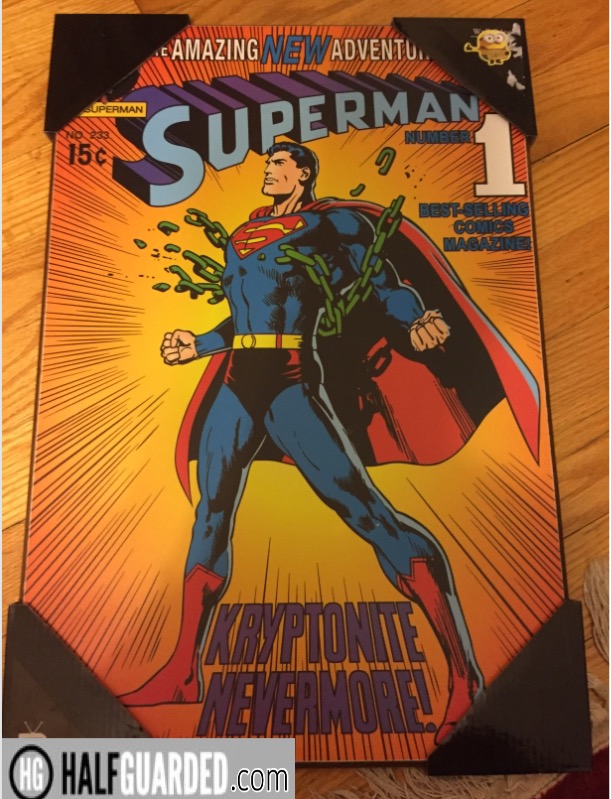 Most adults in my life know I like Superman because it stands out as weird behavior for a grown man but somehow Ben – who can’t have been developing long term memories for that long, I think – remembered I liked Superman. My heart began to melt a bit. (It helped that it’s also a cool gift too. It isn’t some boring Superman crap, it’s something I’ll actually hang on a wall when I one day buy a house.)

I was informed that the next time he goes to the Field Museum to see Sue the Dinosaur I have to come. My own family doesn’t even invite me places but Ben does! I’m like butter in the microwave now.

But then it all ends and I’m a puddle. Because that’s not all. Not even close. What was next didn’t melt my heart, it flash fried it at 5000 degrees Kelvin. He gave me this: 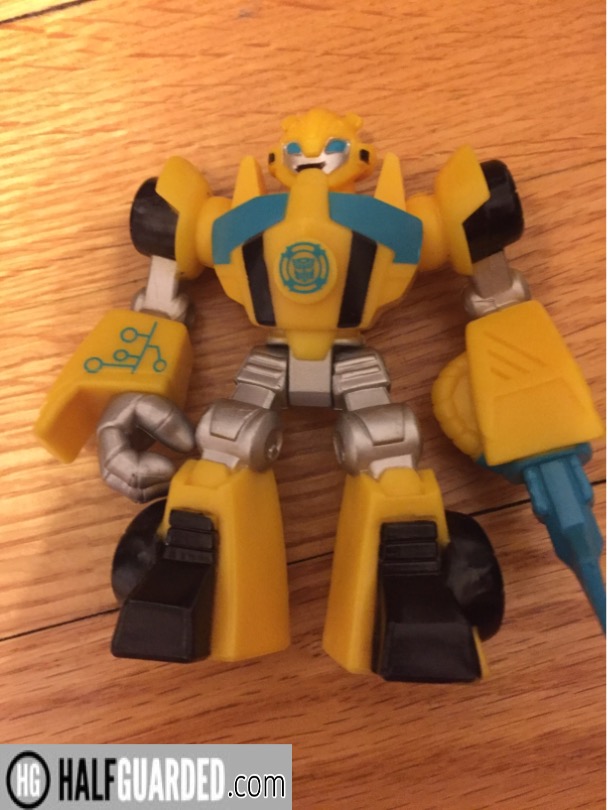 That is Bumblebee the Transformer. This was one of Ben’s own toys and he told Meg, “I think Mike would like it better.” The kid GAVE ME ONE OF HIS OWN TOYS AS A GIFT! That’s it. I was done. No one will ever give me a better gift, ever. If I have kids some day (which would disprove the existence of a benevolent God) everything they make or give me will be measured by Bumblebee the Transformer. No one, anywhere, ever, in the history of histories will receive a gift that great.

And that is how a four year old boy saved Christmas.