Do You Want to Watch Rampage 2?

Do you want to see Rampage 2 with The Rock?

The Rock continues to reinvent what it means to be a superstar. From breathing life into franchises no one imagined to making dumb movies that normally would star Marky Mark and suck into fun adventures, the man can do it all. What’s next? A sequel to RAMPAGE! (I liked the video game too. I was in a bowling league as a kid and they had the arcade version at the alley. Good times.) (Note: This post is updated with all additional information as it becomes available so keep checking back for more!)

Will There Be a Rampage 2?

Nic Cage of National Treasure 3 was the original choice for this film, it’s true. It wasn’t to be, as they realized Cage is better off as a different type of ironic hero, so The Rock was next up. We are all the better for it. And that’s why a second Rampage flick is coming, because Rocky Maivia is a god amongst men.

Adam Sandler. That’s the big addition to Rampage 2, Adam f’n Sandler. He’s in the middle of writingGrown Ups 3 so that’ll occupy him but Sandler and Rock occupy that middle America ground of Hollywood and he needs a franchise. Will Smith is busy with Hancock 2 otherwise he’d have been a solid addition to. What a world we live in, right? Will f’n Smith is second fiddle The Rock – and none of us think that’s out of place these days. This is The ROCK, people, of course he made Rampage work. Based on a video game about movies fighting each other? No problem for Hollywood’s greatest human being. Don’t concern yourself with some great plot: it’s an excuse for Rock to deliver clever lines, punch big animals, but show a soft side in the end. AND THAT’S WHAT WE’RE GETTING, FOLKS! Is anyone uphappy about that though? I’m not. I wanna see Rock star in a Godzilla film, to be honest. I bet he’d nail it and suddenly us nerds (err, YOU nerds) will get the Gonzilla blockbuster that is always promised but never delivered. Absent that, Rock will keep churning out Rampage-type movies and we’ll keep eating them up because we all secretly wanna sleep with a half-black, half-Samoan, ALL MAN.

Brad Peyton directed the first go around and should return for a sequel. Why not? He directed San Andreas and Journey to the Center of the Earth 2 and other disaster movies, and since he’s not a Roland Emmerich type of pansy, Big Hollywood will keep giving him hundreds of millions of dollars to make fun popcorn movies. (Plus, he doesn’t rape people, as far as I know.) OF COURSE, I want to see the gentleman behind I Am Legend Sequel and/or Vampire Academy sequel involved but beggers can’t be choosers. Actually, they can be these days. America has weird priorities. *SHRUGS*

Carlton Cuse, Adam Sztykiel, Ryan Engle, Ryan J. Condal were behind the first movie, because it takes that many people to write, “And then The Rock punches the flying wolf creature.” Look, it isn’t as complicated and in depth as a Dracula Untold Sequel so be happy with what you’re given, darnit! You’ll like it and you’ll enjoy it, as my grandma would say when telling me to keep flogging the help. 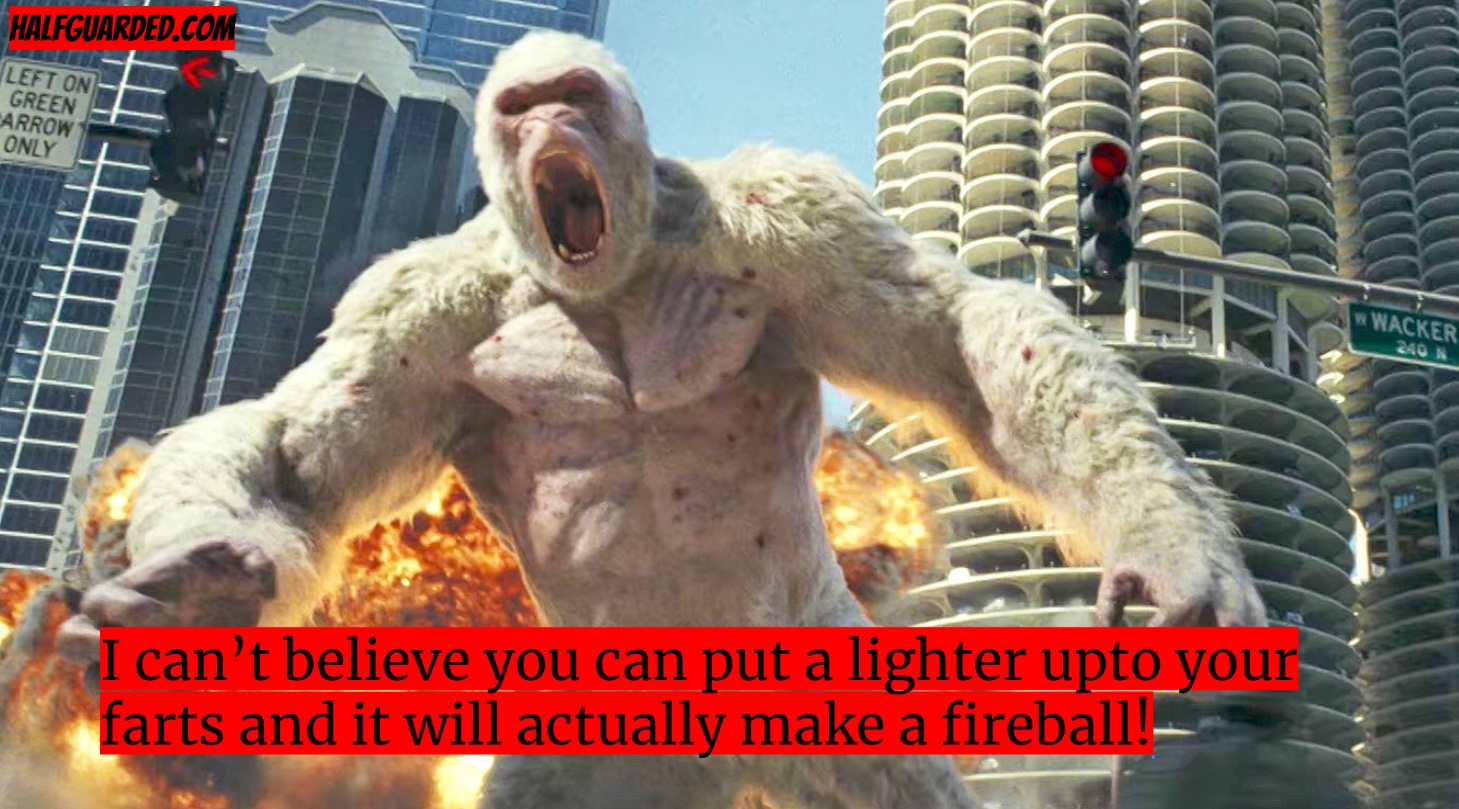 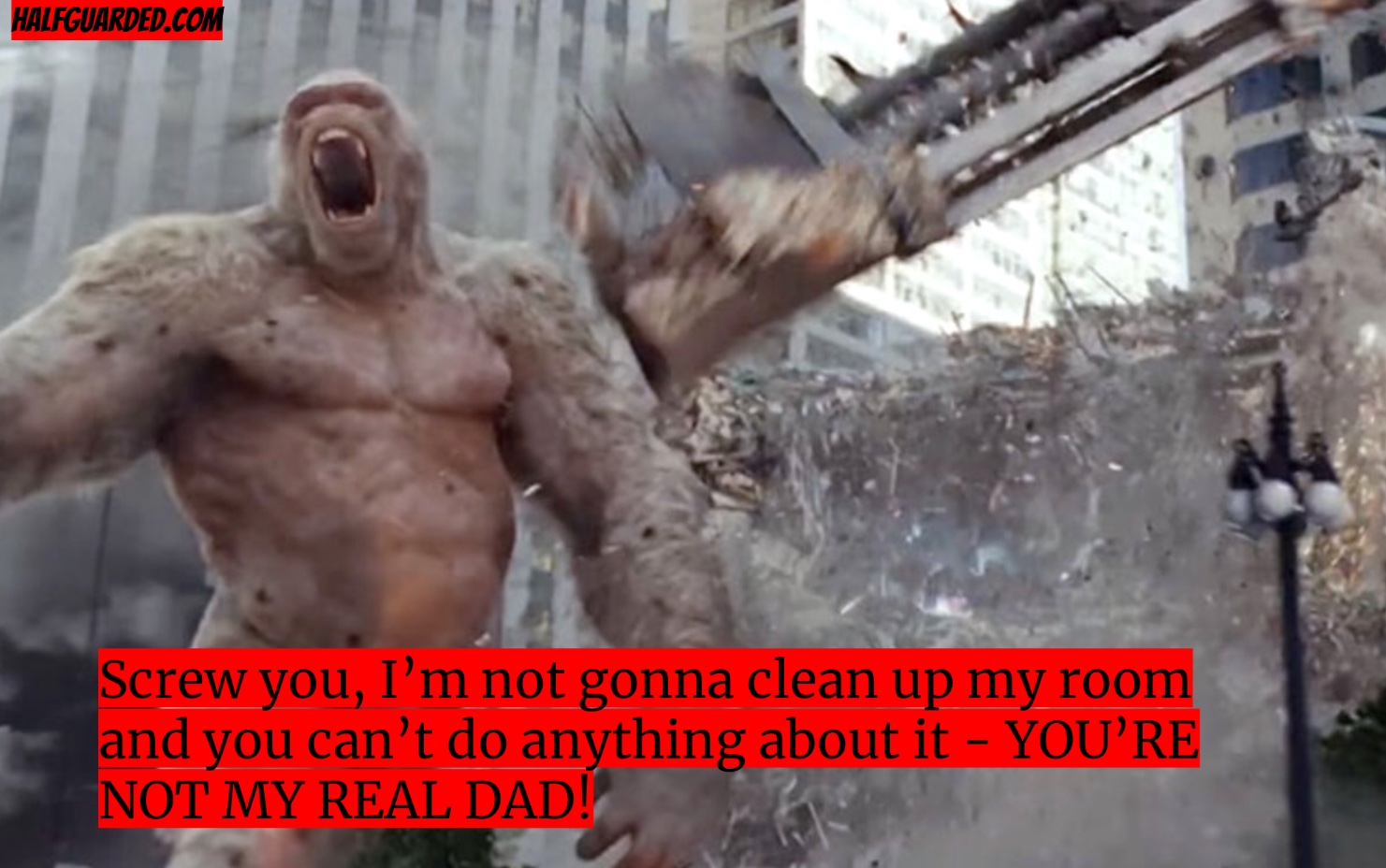 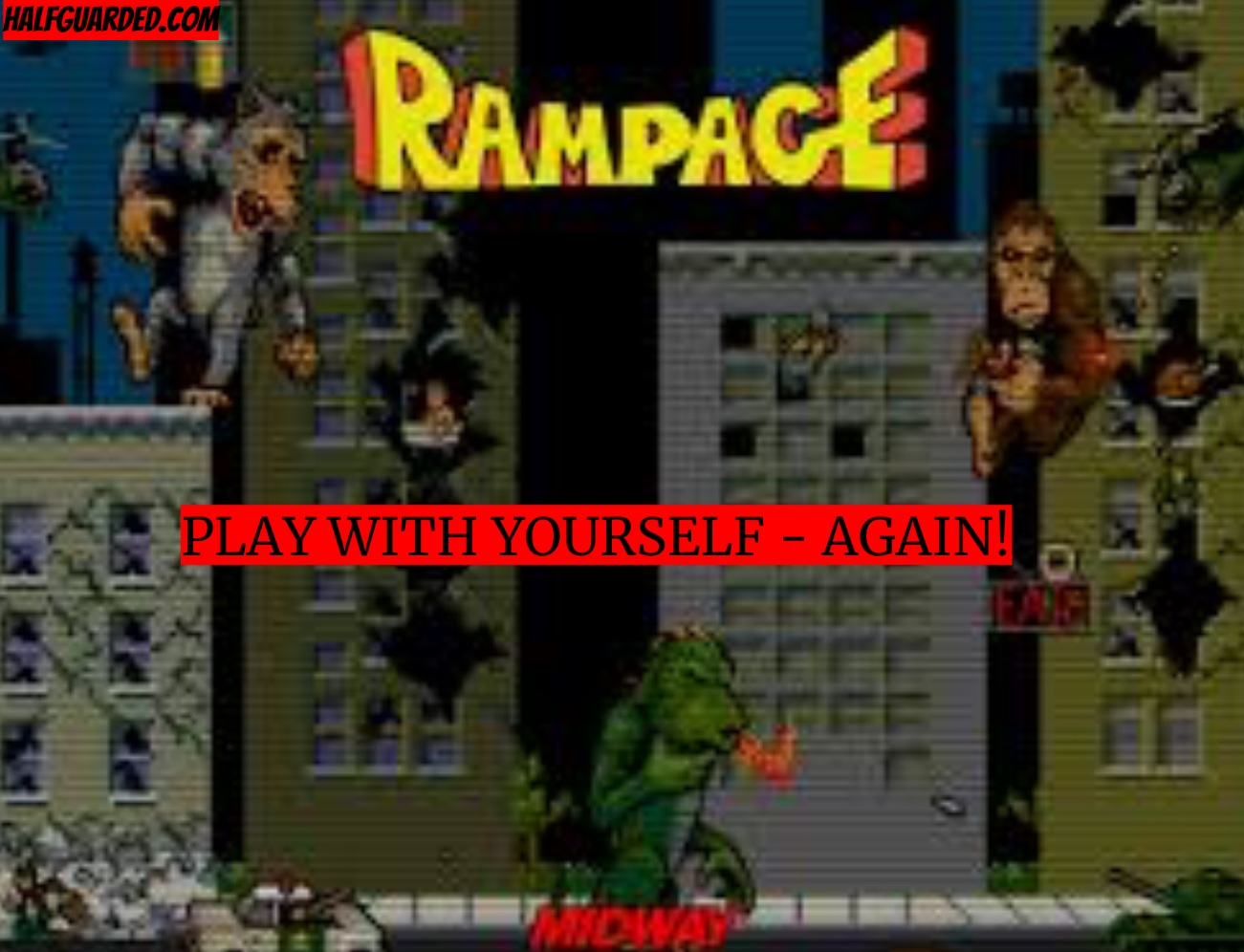 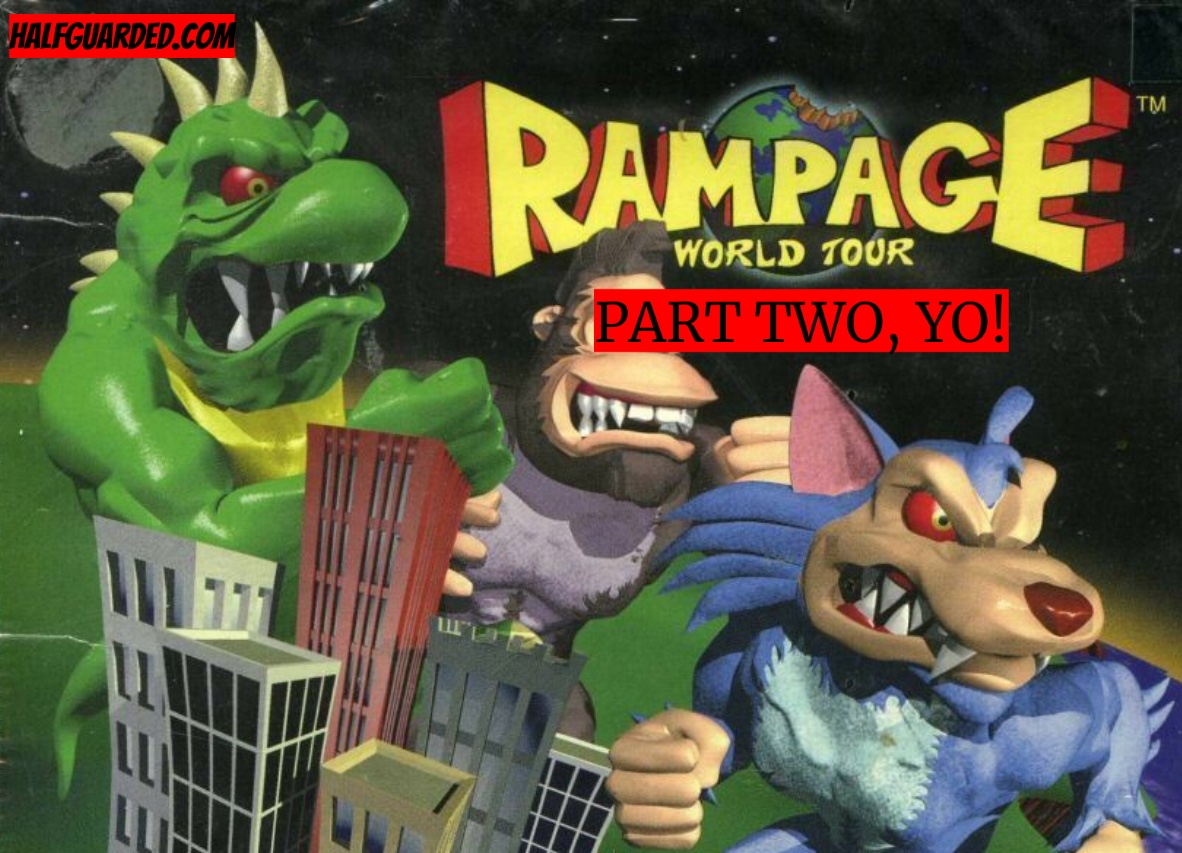 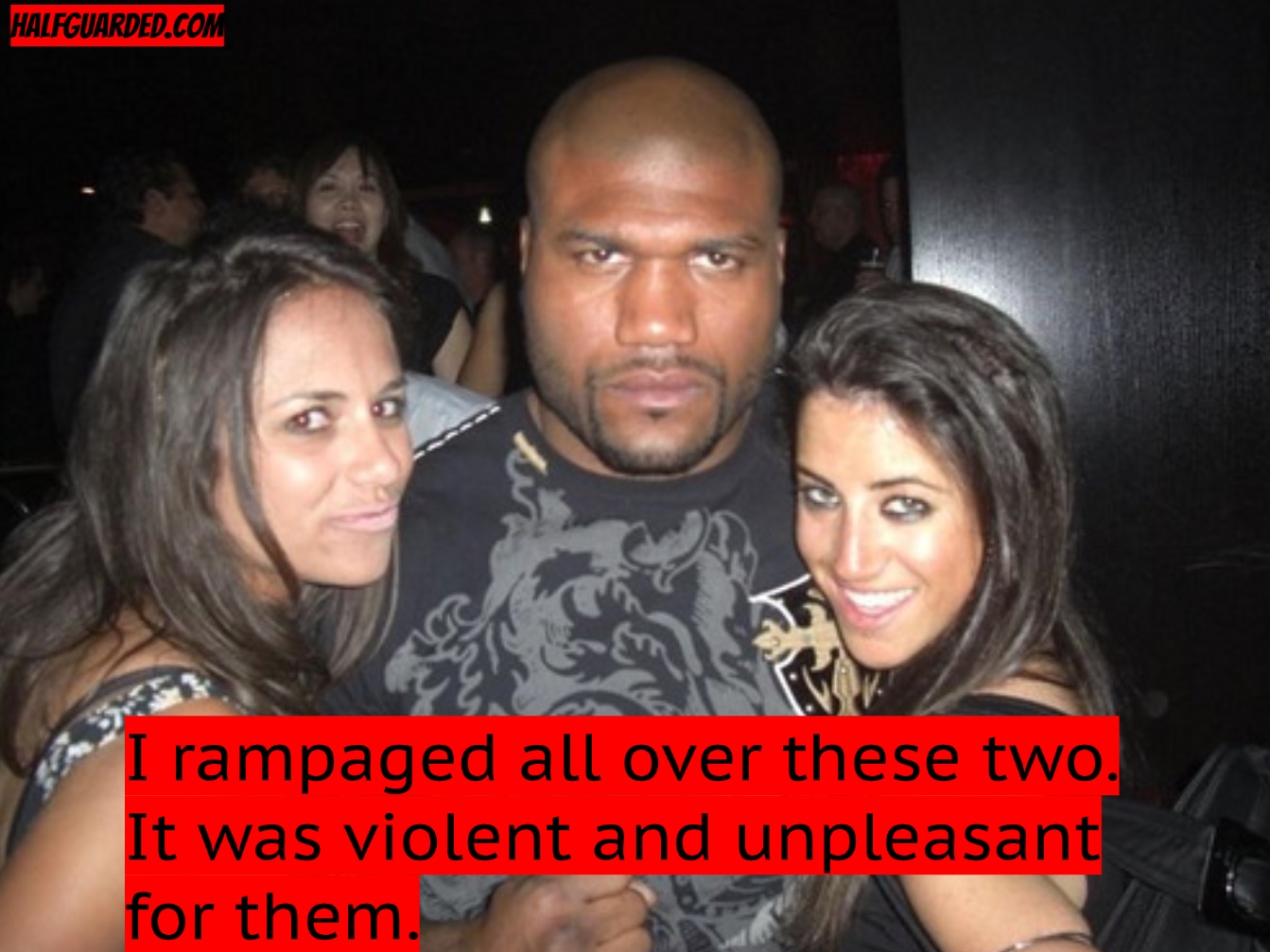 April 1, 2021. The first film came out in April of 2018 so why change that? Rock will have three other movies that summer, I’m sure, and this way they can get ahead of the blockbuster rush and kick off the sun and fun in style: Monster Style.

The Rock Other people Quinton Jackson Giant Animals Coco The Gorilla Some Cute Chick Some Younger Cute Chick to play the daughter in distress Luke Evans, because he’s dreamy

Should you see Rampage 2?

FIRST: watch Dredd 2. Then, watch Rampage 2. Finally, get knocked out by Wanderlei Silva.

Zombieland 2 did nothing and I only mention it because it shows that not all sequels are successful. This will be. Rampage 2 is projected, according to one Hollywood Insider, to gross $500m, worldwide. Yup, it’s good to be The Rock.

Jeremy Renner should be in this. He needs the work. Otherwise, it’s The Rock doing Rock things with giant animals: this needs to be out every other summer until Rock’s heart explodes (so, like in six years) ME WANT RAMPAGE 2!