As much as I love pro football and MMA, I don’t think anything in sports can match the magic of the Stanley Cup Playoffs. For a full two months we’re privy to arguably the most grueling tournament in pro sports, in which legends collapse, unexpected heroes arise and Canada inevitably ends up crying in their Molsons because their teams can’t get the shit done this year, either.

As we do every year here at HalfGuarded.com, we’ve taken it upon ourselves to provide you, John Q. Internet-Browser, the most informed, insightful and nuanced playoff hockey predictions you will find anywhere. Think ESPN or Bleacher Report will give you picks as sound as the ones below? Think again, puck-suckers – it’s time to hit the ice with prognostications from a REAL sports journalist …

The Habs owned the Rangers all regular season and I don’t expect anything to change in the playoffs. The Canadiens are just the better team offensively and defensively, and I’ve got a lot more faith in Montreal goaltender Carey Price than I do a team that’s probably going to have to start Magnus Hellberg for at least one or two games.

Yeah, I know the Sens’ offense is banged up and the Bruins have Brad Marchand putting up crazy numbers, but I still think Ottawa’s defense is sturdy enough to stave off Boston’s offensive attack. Plus, it all boils down to effective goaltending anyway, and there’s no way in hell I’m going to trust the Bruins’ Tuukka Rask more than I do the Sens’ super-underrated Craig Anderson.

This is far and away the best matchup in the first round of the playoffs. The Capitals have Ovechkin, Backstrom and Oshie, but the resurgent Leafs have rookie sensation Auston Matthews and a whole bunch of guys nobody knows who nonetheless put up steady production numbers. It ought to be a hell of a series, but I think the Caps’ goaltending gives them a razor thin advantage. 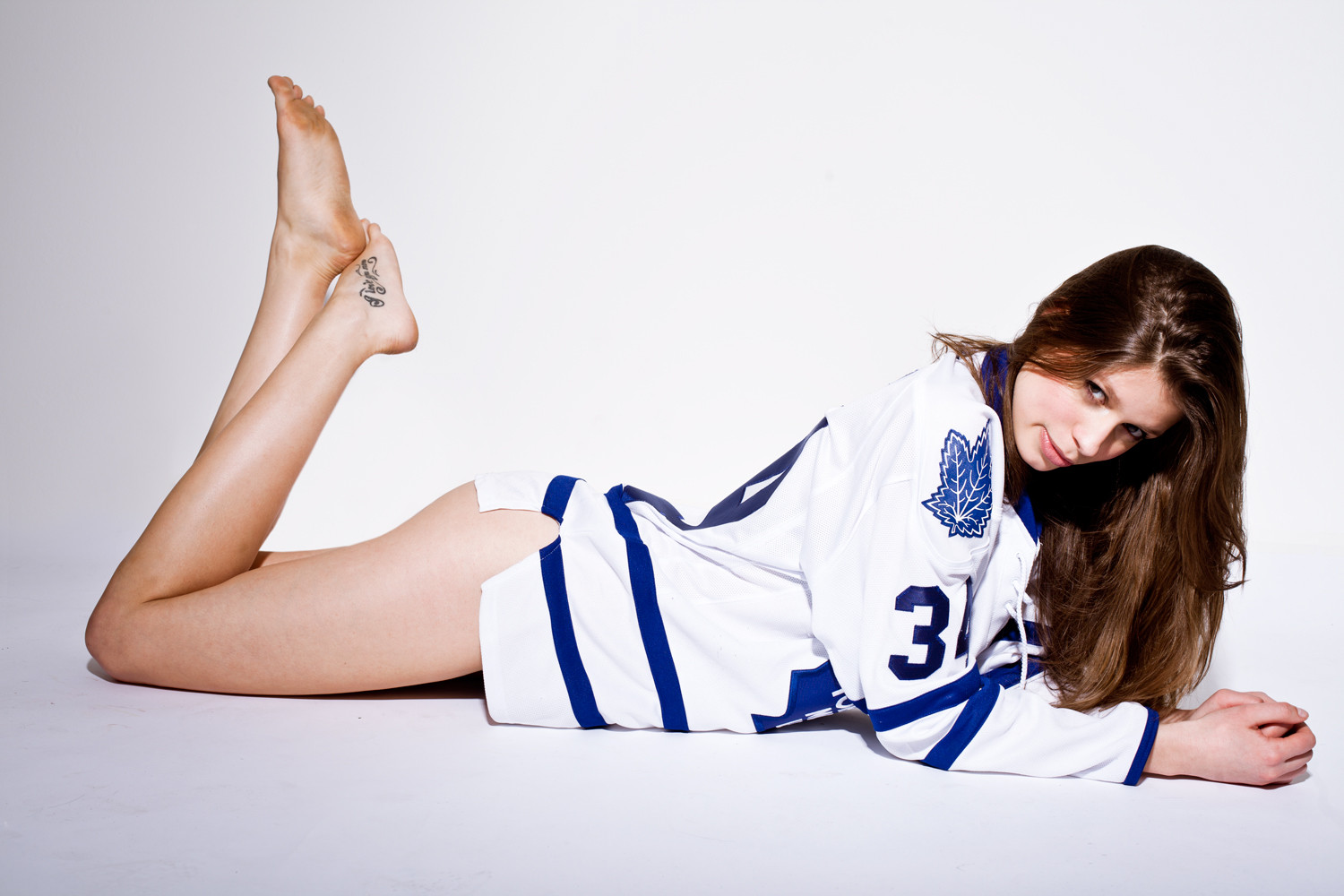 Statistically, the Blue Jackets have the best goalie in the League in Sergei Bobrovsky, and they’re getting very good work out of Cam Atkinson and Nick Foligno. Alas, the Pens’ offensive firepower is even more impressive, and Crosby, Malkin and the rest of the gang also have something these Columbus kiddos don’t – playoff experience. It’ll be fun for the first few games, but ultimately, this is Pittsburgh’s series to lose. 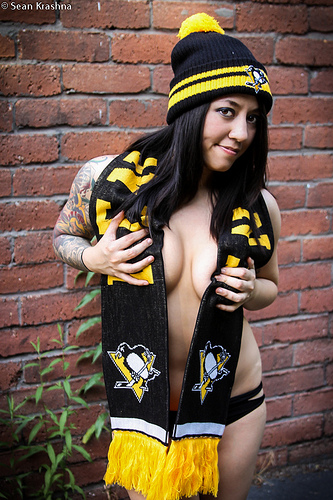 This might just be the biggest mismatch (on paper) of the whole first round. Offensively, defensively and in terms of goaltending – not to mention playoff experience – the Hawks have the Preds beat. Chicago whooped their asses in the regular season, and unless something goes really, really awry, they’re going to be doing more of the same throughout April.

The second best matchup of the first round. The Wild is faster and plays better offense, but the Blues have the better defense and more experience in the postseason. That makes goaltending the tie-breaker, and I’m a bigger believer in St. Louis’ Jake Allen then I am the Wild’s Devan Dubnyk in a grueling, back-and-forth series. 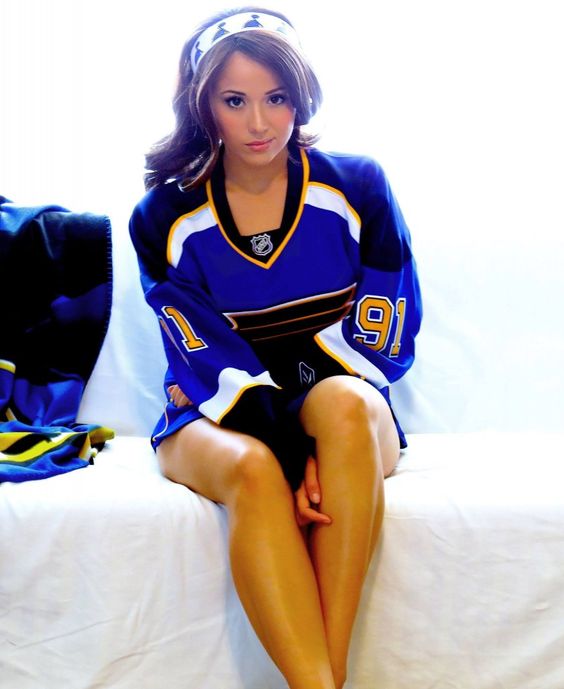 The Flames didn’t have much luck against the Ducks in the regular season and I don’t see things changing in the playoffs. Offense, defense, goaltending, experience – all the metrics favor Anaheim, which is more than enough reason for me to favor them in this series. 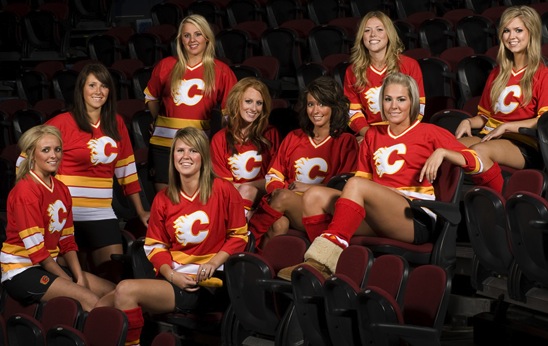 Connor McDavid (no, not Conor McGregor) had a breakout season this year, and the resurgent Oilers are finally playing like it’s 1984 again. The Sharks may have the definite playoff experience advantage, but this Edmonton team is just too fast and too furious – expect a lot of points racked up in this one. 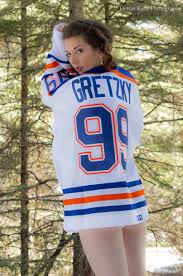 The Sens are going to be more banged up ahead of their win over Boston than the Canadiens will be in their relatively facile win over the Rangers. The Sens will keep it close for a few games, but eventually, the wear and tear of the road will prove their undoing. 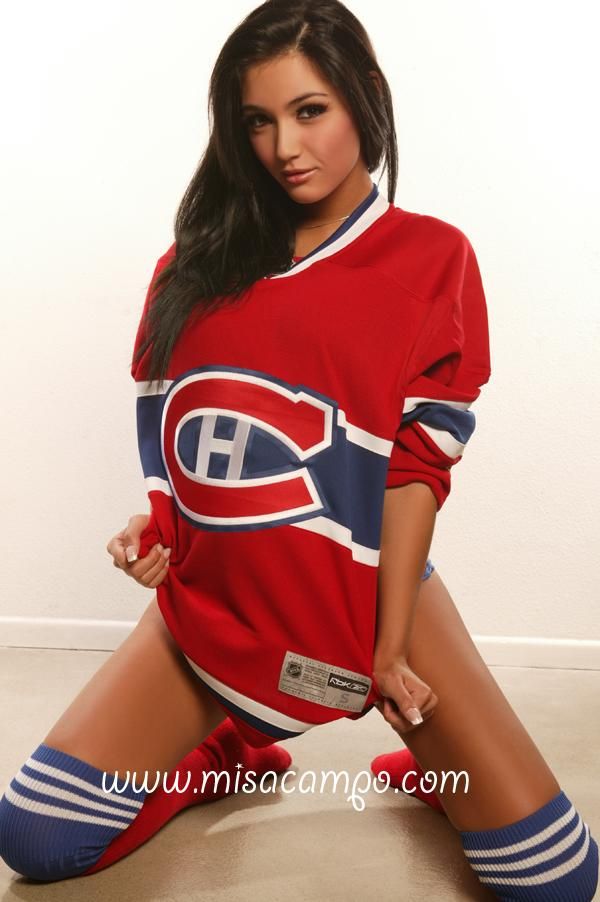 Yep, it’s Ovechkin vs. Sid the Kid … again. As always, it should be an entertaining offensive showcase, but at the the end of the day, it’s going to be defense that determines the series winner. After a hard fought seven game series against Toronto, the Caps just won’t have as much gas in the tank as the defending Stanley Cup champs – and Pittsburgh’s sturdier goaltending ought to be enough to give them the edge. 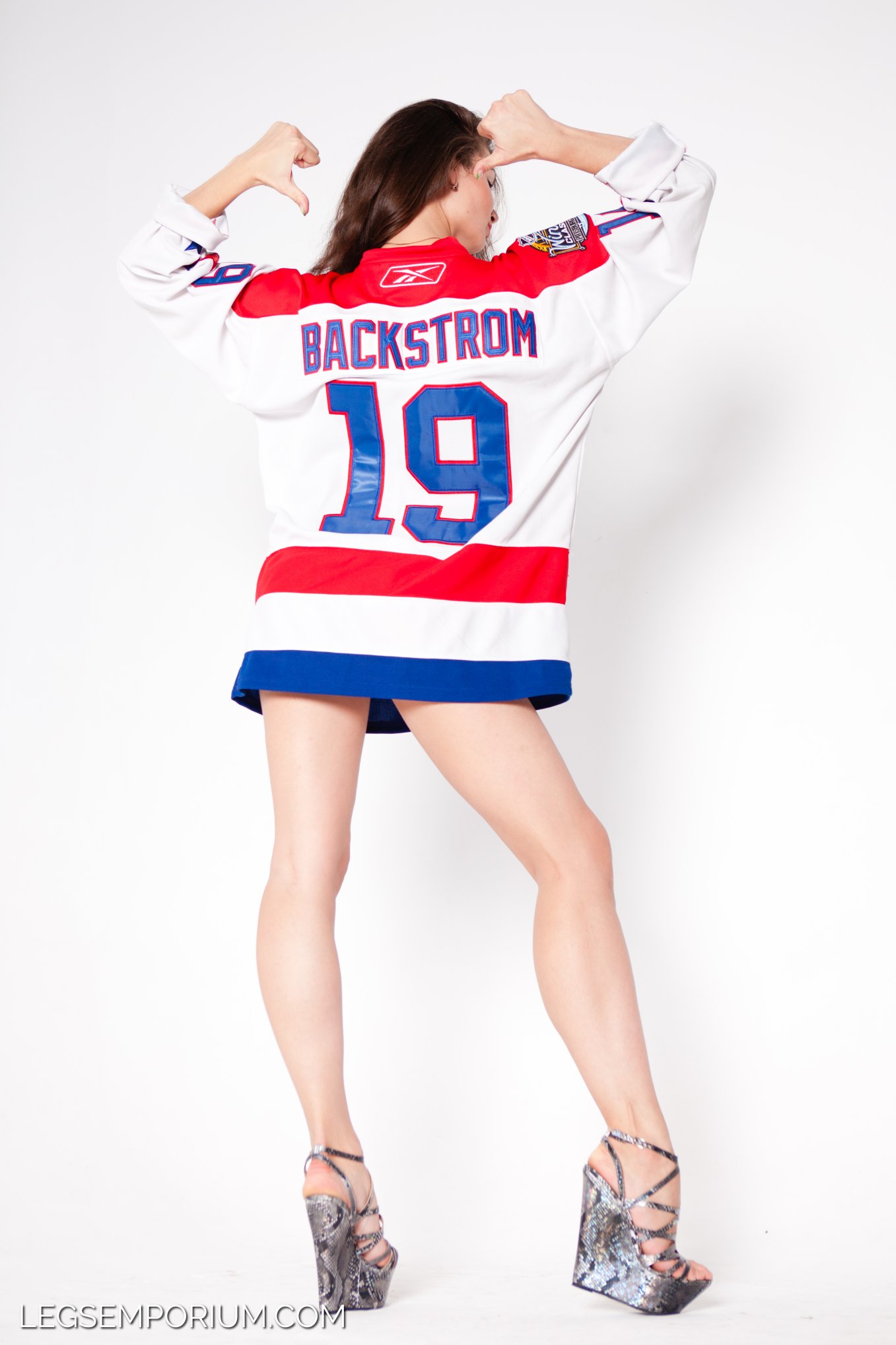 I expect this to be a big, bruising, brutal series reminiscent of the old Red Wings/Avalanche rivalry of the late ‘90s and early 2000s. The Blues might have a SLIGHT defensive edge, but Chicago’s offense and goaltending is more reliable. There’s going to be a lot of hard hits and fisticuffs in this one, but Chicago – albeit battered and bloodied – will nonetheless come out on top.

These teams play very similarly, with the Ducks playing moderately better defense and the Oilers having the upper hand offensively. Which means – as always – the big decider is goaltending. The Ducks have John Gibson, who is good, but the Oilers have Cam Talbot, who is even better. This will be a fast, fun series, but expect Talbot’s clutch heroics to be the biggest difference maker. 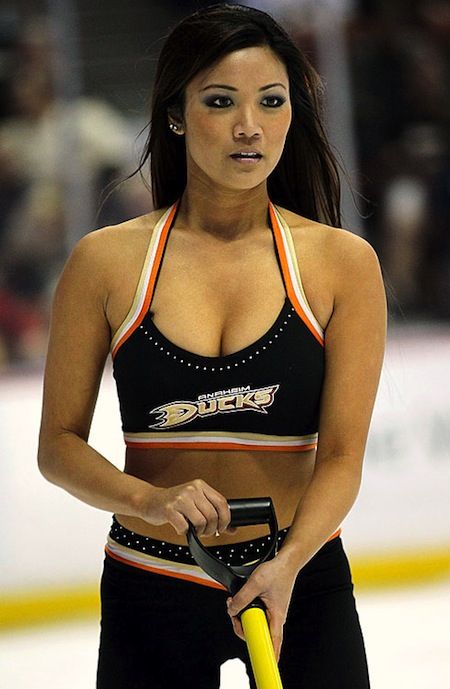 The Pens might just be the most talented offensive team in the east, while – as evident by players who look like this – the Habs are arguably the east’s best defensive team. With the teams’ respective offensive and defensive quirks cancelling each other out, that means the key to the series is – you guessed it – goaltending. Carey Price is a hell of a goaltender, but he’s going to be facing a ton of shots from guys like Crosby and Malkin, whereas the amount of pucks flying towards Pens’ goalies Marc Andre-Fleury and Matt Murray are definitely going to be fewer and further in between. It ought to be a hell of series, but in a war of attrition, I’d have to give the nod to the guys who already brought the Cup to town. 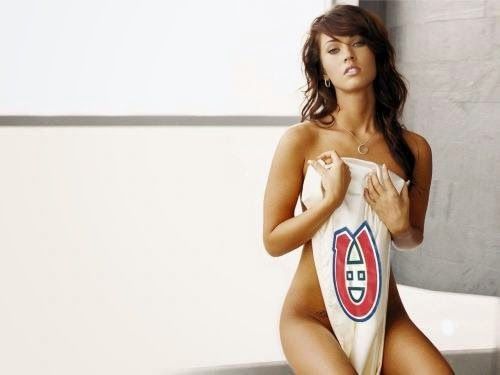 With Patrick Kane, Marian Hossa and Jonathan Toews, Chicago represents the old guard of the National Hockey League. Meanwhile, with McDavid, Milan Lucic and Patrick Maroon, the Oilers represent the not too distant future of the sport. That pivotal playoff experience may give the Hawks an early series lead, but I expect the faster, fresher Oilers to quickly gain ground. With Corey Crawford winded from a barrage of shots, I expect Edmonton to start pouring ‘em in around game 4, and the shower of pucks ain’t stopping until the Oilers – just a year removed from being the worst team statistically in the NHL – punch their tickets to the Stanley Cup Finals.

This ought to be a series for the ages. Both teams can play offense like mofos, so it’s reasonable to assume the whole shebang will come down to who plays the more efficient defense. Are the Oilers too fast and relentless for the Pens’ D, or is the young and fairly inexperienced Edmonton defense no match for the well-versed, seasoned Penguins offensive onslaught? With goaltending pretty much a toss-up, I’d have to give the ever-so-slight nod to the defending champs, who frankly, have been able to do more with less in years’ prior. Regardless, the Oilers will keep this one close, and are likely to force a decisive game seven. And if comes down to that, folks, you won’t want to miss a second. 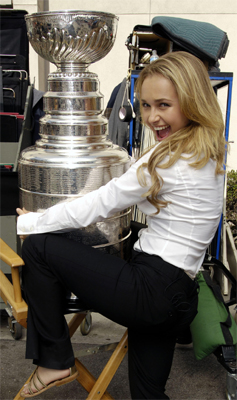 Are UFC's Women are Ahead of the Sport World in Pay?

Are UFC's Women are Ahead of the Sport World in Pay?