So, there’s word that WB, responsible for classics such as Green Lantern and Jonah Hex, is developing a Booster Gold & Blue Beetle movie – a buddy comedy action movie. This. Is. Brilliant. Both are cult favorites, at best. It’s not even that they’re terrible characters – Gold in particular – but BOOSTER GOLD & THE BLUE BEETLE is going to be the dumbest fucking advertising campaign.

Dear, WB: you aren’t Marvel. You don’t have the goodwill built up to try a Guardians of the Galaxy or Ant-Man. You’re the studio who OK’d nipples on a fucking rubber latex Batman suit.

What’s great is if I’m WB I’m doing all this on purpose. Marvel makes money. Marvel is the most successful studio on earth (I’m guessing on that but whatever – have they missed in like ever?). People keep expecting the death of superhero movies, with Spielberg claiming they’ll go the way of Westerns, which were once a staple of every summer but are now a niche.

Spielberg, mind you, is soon to release his 57th film that deals with WW2 in some way.

So, if you’re WB, and you suck at making movies as a rule, what better way to get rid of your competition? Kamakazi movie making. Nuke the world. Salt the earth. You’re Warner Brothers, you can make other movies like … I dunno, something else produced by WB (look it up, it’s a big studio). Marvel? They’re limited to comic book movies only.

Gold, if they do it right, isn’t the worst movie. A hero from the future who has all kinds of powers but is more concerned with endorsements and such. There’s some meta commentary to be mined there but … his name is BOOSTER GOLD and he looks like this: 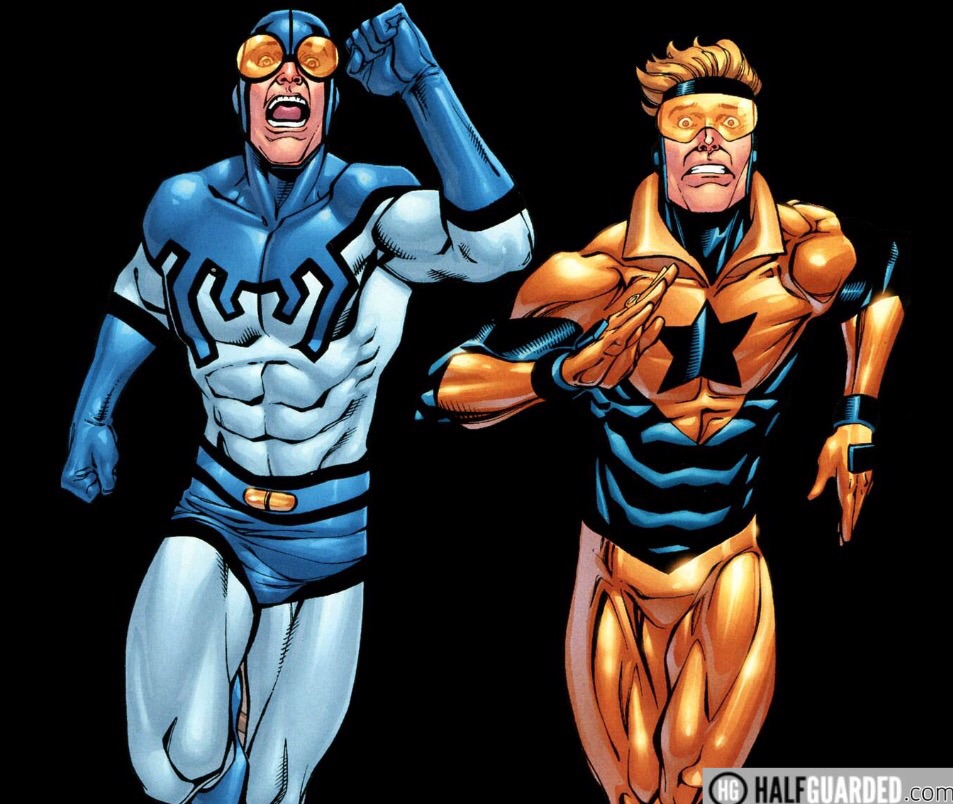 Also, you’re kidding yourself if you think Aquaman will be a success. Some names are so spoiled by being eternal jokes that it’s dead on arrival. A fish out of water, if you will. (See, you can’t write about Aquaman without making lame fish jokes.)

Bravo, Warner Brothers, you may have figured out a way to beat Marvel yet.