Yes, it was good.

Yes, it connects with the rest of the Marvel Cinematic Universe.

Yes, it certainly does have elements that live up to some of the pre-hype where we were told the film was actually important to the future of the MCU.

That importance is specifically the Pym Particles. Those mysterious little devils that Hank Pym – the original Ant-Man in the comics but here he is an older man who isn’t exactly bitter but has some baggage and Douglas does very well with that – either invents/finds that allow him to shrink to the size of an ant (and in comics later let him transform into a giant named Giant-Man and sometimes Goliath). And there are, in theory, hints that the particles could lead to a Giant-Man in the MCU, which would make for an incredible visual if nothing else. 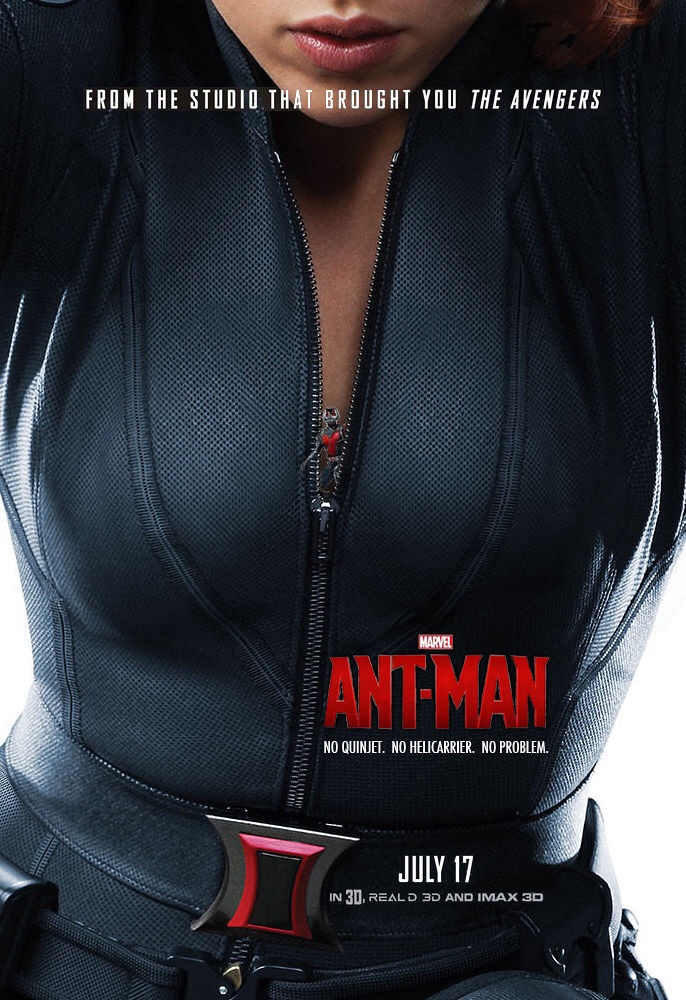 But, no, it isn’t a typical Marvel movie. Well, yes, it is but it isn’t. I don’t want to go through the whole boring half recap of what you already know is there that every boring review does but: Hank Pym develops the Pym particles. He thinks they’re too dangerous for the world and so he tells Howard Stark (played by Roger Sterling this time) and others that he’s not going to let them out. Stark is ok with this because he likes and trusts Pym. (Howard Stark was a TERRIBLE weapons developer.)

Yada yada. Pym’s former protege, Darren Cross , has taken over the company and is on the verge of making his own version of the same particles – which he will turn into an army of, well, bees basically (as a man with a legitimate phobia of bees I consider him to be history’s greatest monster).

Enter Scott Lang (played by Paul Rudd). Former crook – but, TWIST!, he only robbed rich guys who were stealing from poor people and then gave the money back to those poor people. And he has a kid he wants to see but owes child support before he can see her (which isn’t how the law works – yeah, THAT’S the unrealistic part that I focus on). Through shenanigans, Lang and Pym become buddies and work to save the day.

Fighting. Stealing. Shrinking. Jokes. More jokes. And so on. You can guess how things go and be correct.

Where the movie departs in some respects is that Lang is really not a superhero. They tease that but you expect him to find himself and all that. Normal character growth that’s been done in every movie. And. Sure. I guess that sorta happens but at the end he’s still a smart-ass. And not sidekick smart-ass, more a jack ass than anything.

And yes it will tie into the next Captain America film.

It was smaller in scale and importance really. They tie in Hydra. They make note that in the wrong hands (Hydra) these particles could be bad news. But it mostly felt more personal. Which is good. I didn’t feel like the world was at risk – just Pym’s and Lang’s worlds.

I hate when people do an Ant Man review and it is 90% then saying what they think should be better or how they would have done it and then they just spoil the whole thing and tell you every single beat yada yada yada. Screw that.

I thought it had:

I actually thought I might not like this and ended up liking it more than I thought I would. So perhaps having lowered expectations helped.

Should you see it? Do you generally enjoy Marvel movies more often than not? Then, yes. Do you like movies with Paul Rudd being Paul Rudd? Then, yes. Were you unaware Michael Douglas was still alive? This will confirm it for you.

Ant-Man brought it approximately $60m this weekend- so Marvel opened #1 for the twelfth straight movie. Absurd. It’s ANT-MAN! A character with an absurd name, absurd ability to talk to ants, and who in comics is basically defined by the fact that he once beat his wife (and kudos to the comics for making it forever important – and there’s a line in the movie where if you want to believe that happened you actually could but that’s like beyond nerd noticing things). It also had pretty good box office competition. And the anchor of being ANT. FREAKING. MAN.