Daredevil Season 2 trailer leaks online and we have it! UPDATE HD TRAILER

Watch it while you can because EVIL BIG HOLLYWOOD MARVEL will probably take this down soon (or just release it in better quality at which point we’ll just replace the low quality thing below).  Anyways.  We have for you as a (not at all) WORLD EXCLUSIVE the Daredevil Season 2 trailer from Netflix.  It debuted at the New York Comic Con just recently and nerds like technology and so in between desperately swiping right on girls who will never return the favor, one of them captured the below footage.

UPDATE: here it is in better quality.

No, it isn’t good.  Because: IT’S A CELL PHONE RECORDING!  But it’s better than nothing and nothing is what we had before.

Daredevil Season 2 promises awesome fun times.  The Punisher has been cast as this man, who you recognize from The Walking Dead. 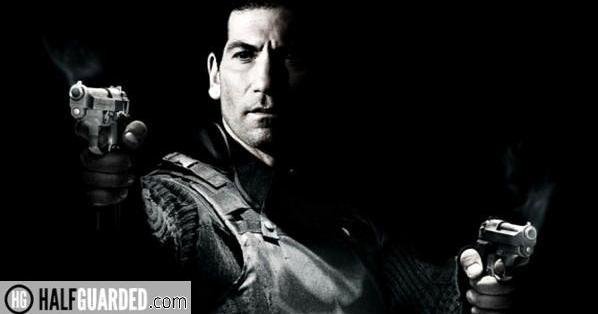 Which leads us all to hope someone just says, “FUCK IT!” and does a HARD R Punisher on Netflix series.  It will also have Elektra, last played by Ben Affleck’s ex-wife (are they divorced yet?)(say yes and move on).  It’ll probably not be as good as the first season, because Daredevil Season 1 was awesome as hell but even if it’s 75% as good it’ll still be great.  Fingers crossed the Fisk does something crazy cool.

I’m (somewhat) optimistic about Jessica Jones coming out, mostly because I like the actress.  I hate the character, because it was Brian Bendis shoving her down all our throats as part of his “legacy at Marvel” bullshit (spoiler: NO ONE GAVE A SHIT ABOUT HER AND NO ONE EVER WILL).  Daredevil Season 2 comes out after Jones does because … duh.  Anyways.  It was also moved up in schedule because it was such a hit.  It really was awesome.  I watch it every single day.  I just sit in my own filth watching it.

Daredevil Season 2 will inevitably have Daredevil fall in love with Elektra before he knows who she really is, discover who she is, and then deal with that.  He’ll probably see Punisher doing shit and be upset because Punisher “crosses the line” and is a bad-guy but ultimately a semi-truce is reached as they all come together to take down the Big Bad Guy at the end.  Then, Elektra disappears, Karen Page (who probably furthers her addiction to pain pills) maybe ODs, and Foggy asks himself why anyone who went to a good law school would actually put up with any of this bullshit. (Spoiler, again: the job market sucks for lawyers).

Daredevil Season 2 Release date is sometime in April 2016.  It’s Netflix so it’s not like the exact date matter so much as the nearest Friday or Saturday near said date matters so we can all binge watch it.