Are you a Martian? Matt Damon is. He doesn’t look like one but he is The Martian in the Ridley Scott directed feature film of the same name. This is the new The Martian Trailer which juuuuuuuust came out and we already borrowed it.

Ridley Scott directs The Martian which features Damon as the lone survivor on a space mission that went FUBAR. And he’s on Mars, the planet (not the candy bar). He has food but not enough and it looks like he’s going to Robinson Crusoe his way to survival as he waits the four years it would take a new crew to arrive and save him. 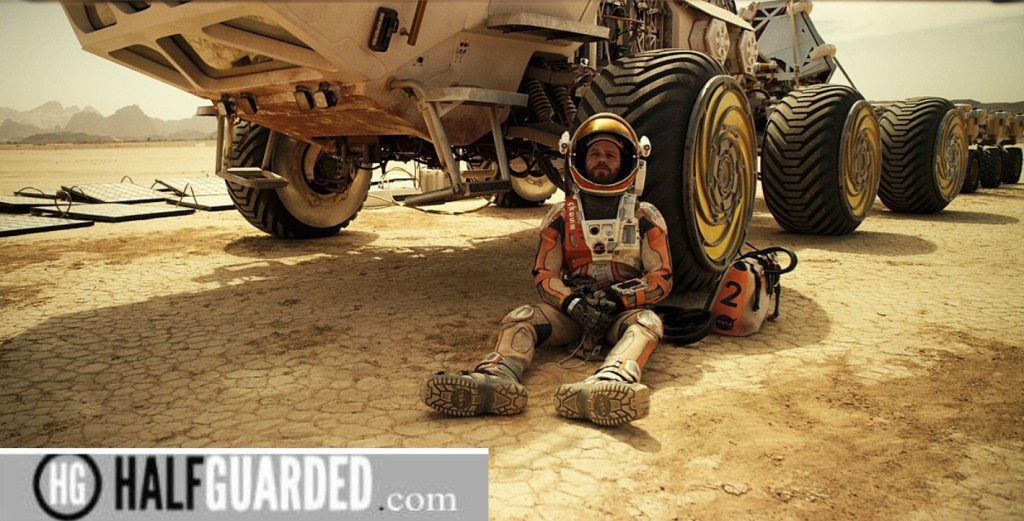 Oh but NASA doesn’t want to save him so the intrepid group of folks who are going to save him, which ironically includes Sue Storm, are going to do it “off the books.” Because it’s totally easy to fly to Mars and save someone without someone higher up saying, “Hey, what’s that ship doing in the launch bay?”

Someone is stealing my ideas as I’m convinced this is really just the same Matt Damon from Interstellar. Maybe a bit more charming but such is life. And someone is using Jimmie Hendrix “All Along the Watchtower” as music which seems out of place. That’s a 70s hippie song not the soundtrack for a space rescue mission (though we’ll allow it, since both Jimi and Ridley are awesome, unlike Adam Sandler in Grown Ups 3, which we’re convinced is coming in 2016).

The Martian debuts in theaters October 2, 2015, of the year of our Lord.