Christian Bale’s career doesn’t exist – he’s been The Batman all along!

by Coughlin
in Entertainment: Movie News, Previews & More!, Evergreen, The Other Half
3

Whilst great art is often subtle, Big Hollywood is not.  The clumsy attempts to persuade us that there are actors in the world demonstrates their hubris.  We know The Truth: lazy Big Hollywood just video records people’s lives and then gives them different titles later on.  IT’S ALL REAL has exposed this before and now does so again.  The fraud: Christian Bale’s career.

There is no Christian Bale; there is only Bruce Wayne.

Who is The Batman?

The basics need be established.  Bruce Wayne is an orphan who witnessed his parents death and then fights crime.  He is super rich.  He learned to fight crime by leaning ninja magic skills in The Orient.  And he uses the power of theatrics to aid in his war on crime. 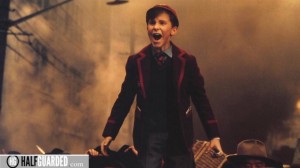 Empire of the Sun was the first exposure we had to Bruce Wayne.  It’s all right there: young boy from a rich family is separated from his family and has to learn to survive by any means necessary.  He grows from pampered to strong and tough.  Sounds familiar? 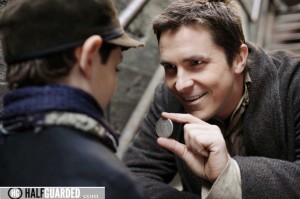 In The Prestige, Bruce is older now.  He’s not Batman – his knowledge of fighting is not there yet – but he learns and becomes an expert magician.  He even leads a double life.  Everyone knows Batman and Bruce Wayne are near opposites and the theatrics referenced earlier are on display.  Who better to disappear in a poof of smoke than a magician? 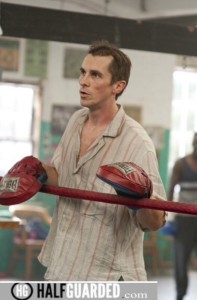 But he still needed to fight, didn’t he?  Bruce Wayne is not Batman until he learns to beat the crap out of a man.  In Equilibrium, we see Wayne mastering sword play and other martial arts techniques but it is in The Fighter where we’re bashed over the head with it all.  He’s literally a boxer.  He gets in fights for money.  We see Batman without a mask on punching people!

Madness: all it takes is a little push

Dead parents. Years spent learning how to hide his true self from people. Years engaging in nothing but every day fighting and violence. It would get to any man. It got to Bruce. And the end result: American Psycho. Rich, trust fund kid, dresses in fancy suits, pretends to be a businessman but really isn’t, and whilst the world thinks he’s this upper crust boring person, at night he’s a serial killer. As he learned to adjust to his dual nature, Bruce had a dark period. Big Comic Book wants to pretend it didn’t happen but: no one gets that good at beating people and not killing them without first getting good at beating them and killing them. And when it was all over? He’s never arrested. He’s still out there. Heck, he even doubts if he ever killed anyone. It may have just been a series of hallucinations and dreams. And once he’s aware of this he sits contemplating his life. He knows a change is coming.

The Law Means Something After All 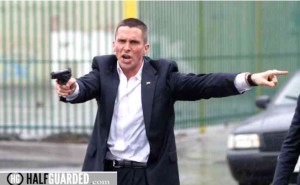 He had snapped in American Psycho.  It was all almost too much.  But then he did what many men who have wanted a fresh start do: he joined the military.  In Harsh Times what do we see?  A man who went to Afghanistan, fought in war, saw the horrors the world has to offer, and then is recruited as a special agent by the Department of Homeland Security.  He does duties all over the world as a way to ease his way back into the world.  Out of the Furnace continued to show this growth. A man with a troubled background has to choose whether he will break the law but for the greater good. He is now on the side of the law – but sees that it is limited by paper pushers and such.  He sees the world in terms of right and wrong.  And he needs to do more.

And so it Begins 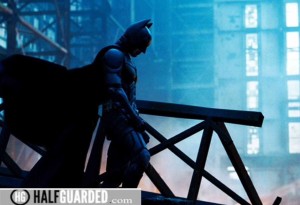 Orphaned, trickery, fighting, two-faced to the world, learning that the law has limits and it is his duty to go beyond them in service of the greater good: they can say what they want, but that’s Bruce Wayne; that’s The Batman. 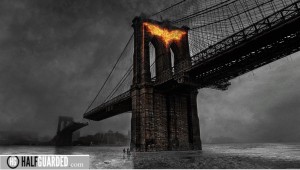 Join us next time when we ponder if all of Adam Sandler’s roles are real and if he really is Little Nicky from hell, since he’s likely to make Grown Ups 3 sometime soon.