by Chris Najdek
in Evergreen, Sports Without Punching
0

The NFL has stepped up their patriotism yet again by enforcing yet another kneeling rule for the league. This time it’s for the Quartebacks.

As any football fan knows, running out the clock at the end of a game by kneeling when your team is winning is a long hated tradition. Thanks to Roger Goodell and President Trump’s Twitter account, we no longer have to worry about that… at least not the kneeling part.

Teams can still still keep the clock moving but not by kneeling after the snap. The QB has to take the snap, hold the ball over his heart and say the Pledge of Allegiance to get the clock running again.

Some of you make think this would take too much time to execute but not to worry, nobody is allowed to sack the quarterback while this is happening. The clock will start running at the first word of “I Pledge Allegiance”. Also, all other players and coaches on the field and side line must place their right hand over their hearts (even Jason Pierre Paul), stand at attention, and recite the pledge as well. 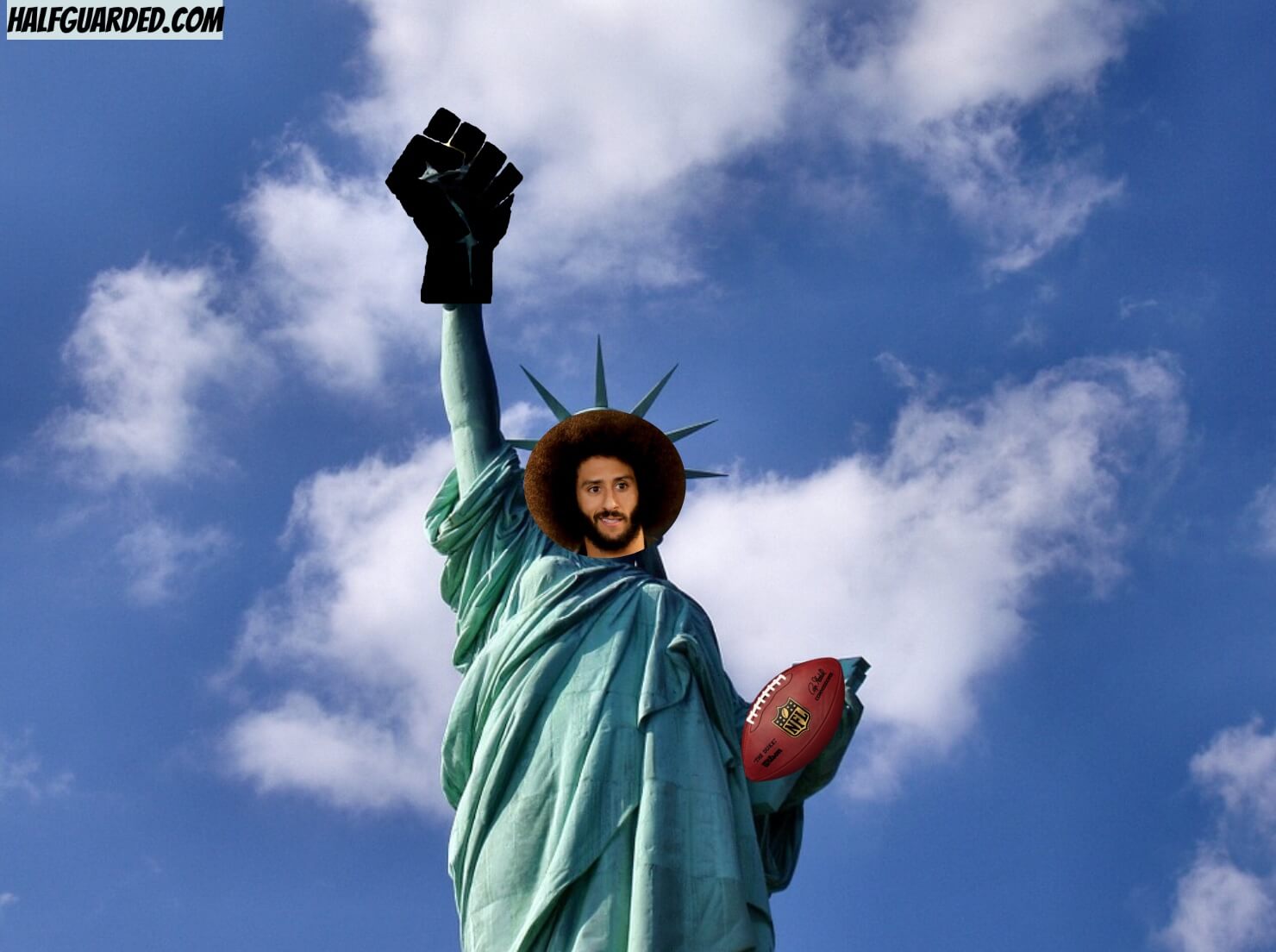 Afterwards the referees will wave around sparklers while the teams mascots run around the field with a giant American flag while Lee Greenwood’s face replaces the broadcast stations logo on TV.

Any player who speaks, coughs, blinks or farts during this play will serve a 12 game suspension. A second offense results in immediate deportation to whatever country their grandparents are from, except for Canada so they can’t seek employment with the CFL. Also because the black athlete tariff is too high.

Thank God for this new rule as we can all finally watch the NFL without fear of letting down our country, our president, and our white nationalists.

THE SUPER BOWL SHUFFLES YOU DOWN MEMORY LANE

THE SUPER BOWL SHUFFLES YOU DOWN MEMORY LANE