Iiiiiiiiiiiit’s football time!  USA vs Mexico.  In America.  At the Rose Bowl which is also in America.  LA (ish). On ESPN tonight.  The US Men’s Team plays EL TRI (hards) in a game that matters because it helps the winner get closer to the Confederations Cup, which is basically the loser off year World Cup that people try for because it helps you figure out your team but basically only the winner cares and everyone else says, “It’s not The World Cup so who gives a flying shitbag?”

But ANY game between America and Mexico matters.  This is a rivalry.  This is America’s great football rivalry – one we as a nation have needed and one that has made us a better footballing country.  No, Mexico isn’t as big or rich as America but they do have a deeper footballing tradition.  So, it’s a bit of a wash.  El Tri (because of the three colors of their flag)(Newsflash to Mexico: EVERY FUCKING COUNTRY IN EUROPE USES SOME VARIATION OF BORING ASS THREE COLORS for their flags) have some darn good players, but are a mess at times but are still a solid country and really the perfect foil for US Football.  A great measuring stick.  And this rivalry … it’s awful. 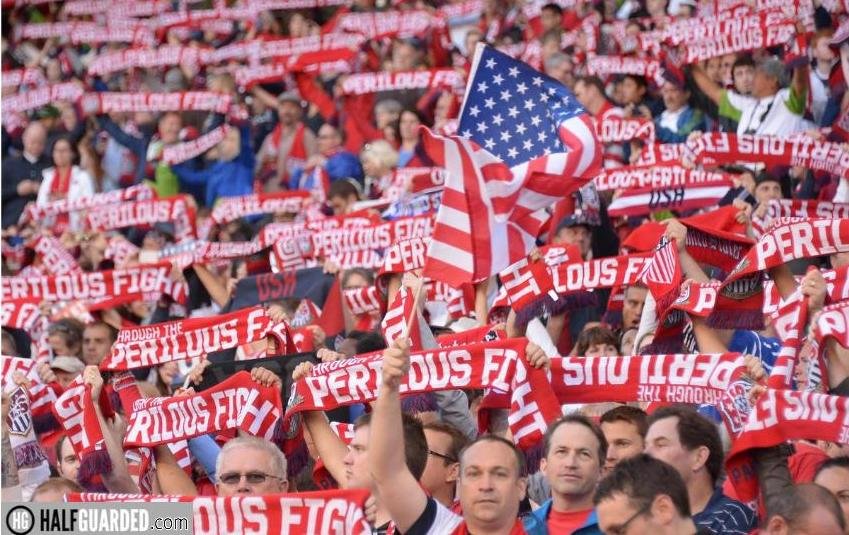 OK.  That’s not fair.  It’s only awful when played in Mexico where Mexicans devolve into what can be charitably described as animals.  They literally throw cups filled with spit, piss, shit, and who knows what else at American players.

And these aren’t isolated incidents and they aren’t blown out of proportion by American fans looking for a reason to hate on Mexicans.  Everyone acknowledges it happens and half the time I swear the Mexican Federation kinda winks and looks away, maybe chuckling to themselves a bit.  This is a legit problem.  Like people from Uruguay biting people; or Brazilians fucking it up at the last second because they’re too busy trying to look cool. No, Mexican fans are absolutely terrible human beings.  And they’re gonna be everywhere because despite the game being played IN THE UNITED STATES OF AMERICA, there will be more Mexican fans.

If you think rooting for your home nation’s sporting team in any event is a bit silly and outdated, fair play.  It IS the basis of the two biggest events on earth: The Olympics and The World Cup, but maybe you just think it’s cool to see teams of talent play other teams of talent.  And for most countries, that’s the case because most countries will never, ever, ever be relevant when it comes to football (England).  But for now, America and Mexico are relevant, to each other if not to anyone else.  And the idea that a game is played on home soil and yet every indication is that it’s essentially a glorified away game for the Americans is a disgrace.

But it’s also a disgrace for ANY Mexican-American rooting for Mexico over its adopted country.  I get it, you grew up with Mexico as your team before you came to America, and it was easier to root for a team that gave a shit as opposed to a team that is overshadowed by its female counterparts every few years.  Fine.  And I have ZERO problem with wanting to support your heritage when they play Columbia.  Or Brazil.  Or Armenia.  But once you came to America, once you fought and clawed and maybe got in illegally (maybe, HA!) you were duty bound to support the American team.  OR OR OR OR OR OR: not actively root against it. 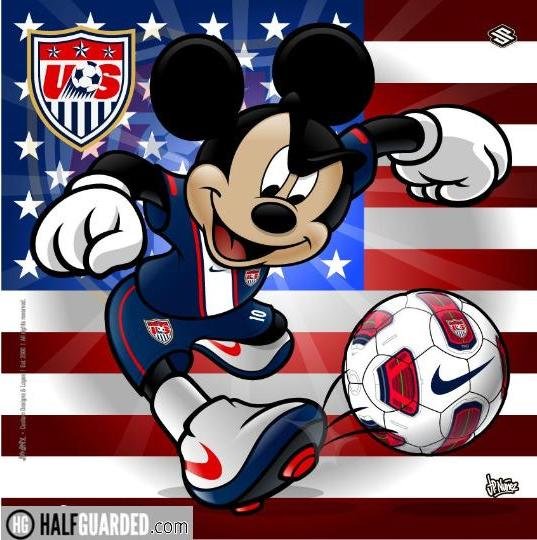 And I feel for ya.  I’m a displaced fan for baseball.  My dad was a SF Giants fan and as such I was brought up properly and taught to support a classy team.  And yet I live in Chicago.  And, hypocrite that I am, I root for the Giants no matter what, especially when they play the Cubs (because that’s my only chance to see them).  But local team is different than National Team.  The National Team is OUR team.  So long as countries still exist, that’s the team that is out there and supposedly represents our best effort (in America’s case our best effort also involves poaching 16 year German kids who barely speak English and calling them American but … WHATEVER, I WANT TO FUCKING WIN SO DO IT!!!!!!!!!!!!).

But you’re here, Mr. Immigrant.  You love Mexico, even though it was kind of shitty and you ran away from it because it was so shitty, and want to support your team.  But: NO.  You have to support THE UNITED STATES OF FUCKING AMERICA.  You’re here now.  You get tons of fast food for cheap prices; you get to laugh at Canadians; you get to take pride in winning World War 2.  You’re one of us.  No picking and choosing when.  You are free to support Mexico’s team anywhere else but not when the play OUR BOYS.  OURS!  Those Brave Men who run around for an hour and a half, who slide on the grass like they’re a gliding battleship, who kick the ball with all the force and power of a cannon.  They need us all – and that includes you, immigrants.

Because there are no immigrants: there are just new Americans.  Welcome to America.  You’re an American.  This is your team. 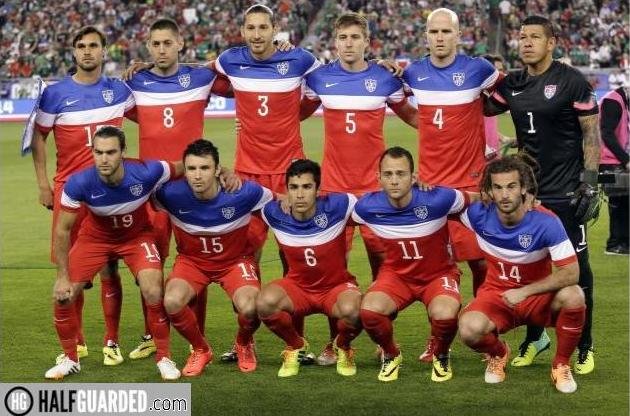 Now believe they will win.

It's .... Superman Saturday! Where we enjoy STEEL MAN!

It's .... Superman Saturday! Where we enjoy STEEL MAN!