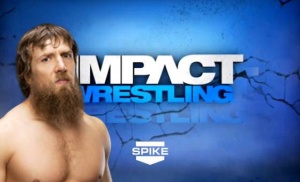 Last Monday night on WWE’s flagship program, Monday Night Raw, on the USA network, fan favorite entertainer, Daniel Bryan, aka Bryan Danielson, retired from the business he loves, professional wrestling, live on national TV. Bryan made his announcement citing health concerns and wanting to start a family, but that his heart is still in professional wrestling. Many questioned the authenticity of the announcement given that it was taking place in the wrestling ring, a place where many a face-painted man and nearly naked chicks feigned fisticuffs for decades. So was Daniel Bryan’s retirement real?

According to those in the company, Bryan didn’t like the PG era the WWE has recently embraced, and wanted to get out. “I just hate the silliness. The New Day? Come on, that’s booty. I need to wrestle for a company that does WRESTLING. I need a company that can book me properly. I’m not doing anymore of that hugging crap.”

So is Bryan really finished? According to a recent fake interview with half-guarded.com, Bryan said, “I’m looking to become part of a livelier edgier wrestling product that focuses on the action. I’m looking to start a new chapter in my wrestling career… I’m going to TNA!” 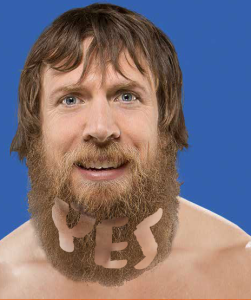 Bryan was asked why he chose TNA instead of ROH. Said Bryan, “I’ve never worked for TNA, and with AJ Styles gone, I think this is my time to shine. TNA Impact is the future of entertainment… It’s always been a dream of mine to perform my craft on the big stage of Orlando studios, in front of the same drunken 800 people every month.”

Daniel Bryan, who will change his ring name back to Bryan Danielson said, “I’m tired of sports entertainment fans chanting silly garbage instead of watching the in-ring product. The focus should be on the in-ring garbage like gauntlet matches, and reverse battle royals!” 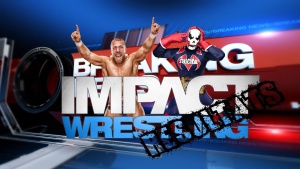 Danielson is thrilled to be heading to TNA. “I’m a great professional wrestler. WWE wants me to be an entertainer. TNA will let me wrestle. I came to TNA to wrestle, against 5 other random guys, on a series of scaffolds shaped in an X, hanging upside down from cables, attempting to grab a briefcase that could conceivably get me fired.”

Danielson is world famous for his incredible story telling with his technical in-ring performances. “No doubt I’ll be successful. They’ve got a lot of talent. Besides, I can work a great match with a broom stick, or a barbed wire Xmas tree, or Kurt Angle. That vanilla midget can be carried.”

Danielson is excited for the opportunity to work with the fresh new stars of TNA. He said, “I know I can have great matches with guys like EC3 and the Wolves, and I’m sure I’ll get to be a part of many memorable stories… Is Crazy Steve still around? What about Murphy? I look forward to a long feud with Murphy over the ownership of a pogo stick. I plan on weaponizing a Flesh-Light in that one.”

Danielson added, “Sure, I probably won’t sell as many t-shirts, but hey, it’s not like I have to do house shows anymore… And to that I say…” 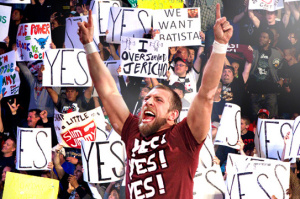 Comic Conversations 137: If a comic book podcast were a musician this one would be ripped off by white guys in ten years