HEY, LOOK !!!! It’s pro wrestling coverage. At the same time as UFC coverage. This site is so great. Will Dean Ambrose turn on Roman Reigns? Will Brock somehow beat everyone’s ass but then we get Reigns against HHH because that stupid steroid fuck can’t help but be on top. So we give you WWE FASTLANE FREE LIVE STREAM!!!!! (Of results)

What a sad state of affairs. We’ll be doing all the coverage because … it results in clicks. I do like Dean though.

Alrighty. “PPV” time!! I predict … who fucking knows. HHH owns a company and is “champion” even though he does nothing. What a loser.

Omg. They have a VROOM VROOM sound effect.

Sweet fuck, Becky got thrown through the ropes and just thudded on the outside. Didn’t break her fall at all. That was more real than Kimbo… Sasha has her hold on the big one and gets the tap! BANKS AND BECKY WIN!!!

They’re talking about the “Cleveland curse” which is now Cleveland sucks at sports and hasn’t won in forever. Because Ziggler is from there. And his winning would break the curse. Note: he’s a multiple time champion. Like, if the Browns win the Super Bowl (HAHAHAHAHAHAAHHAAHHAHAHAAHA) it won’t be in Cleveland physically but it’ll still count. Idiots.

Ziggy took a Bret Hart style bump into the corner. His penis will now get cancer.

Dolph hots a few elbow drops and Cole acts like it’ll be the finish. Shit like that just kills credibility and reminds us of how stupid WWE is.

Owens tries a power bomb on the outside but Ziggler hurrcanranas Fatty into the steps. Crowd chants “this is awesome.” Then Owens hits a pop up powerbomb and wins.

What an absolutely stupid waste of time this will be. I wonder if WWE actually knows how stupid shit like this looks. A guy obviously on steroids or something – a “demon from hell” – and hillbilly rapists.

“At one point Kane was abducted by the Wyatts.” I remember when before the Super Bowl the Broncos abducted and raped Cam Newton.

Fucking Ryback just dumps … the dark haired one … right on his shoulder and BIG PEOPLE WIN!! Ryback is kind of an uncoordinated dick…

That’s it. Nothing else. No angle. The Wyatts just for beat. And then they plugged the stupid Vince Sr. award, like anyone gives a fuck about awards from this company.

Brie is wearing Bryan’s special “kick pads” that allowed him to win at WRESTLEMANIA!!!

So, as I’ve written before, my girlfriend does BJJ. She’s good. We are roughly in the same ballpark as far as skill and knowledge is concerned. I contrast this with Bryan and Brie: is it weird for him? He was a genius in theoretical physics at what he did and she … is learning basic addition and subtraction.

Bella yelled “BRIE MODE!!!” and then rammed her vagina into Charlotte’s face. … Ok. Brie tried a half crab. Didn’t get it. Flair dI’d her Figure 8 move and won.

Jericho comes across as a sad man going through a mid-life crisis. Just … age gracefully already.

Styles tries a plancha but Jericho dropkicks him in mid air.

These scrolling live tweets from WWE and reveal just how stupid most fans are. Sorry not sorry.

Oh. Right. I should mention there are dueling chants for each guy. How a crowd reacts is the ONLY thing that matters. … Aspie.

Walls of Jericho. Styles survives through a valiant effort.

“You are a stupid man” says Jericho. That’s some badass trash talking alright …

Edge & Christian ended up joining forces with New Day to mock the stupid League of Nations. So, New Day are faces? 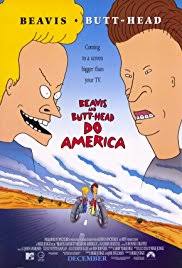 The social jobbers are out. They’re joined by … R Truth. R TRUTH VS AXEL… What in rh sweet fuck?!?!

Axel won. He’s officially lower than a Diva’s match. Probably can’t hit is BHM out of midair either.

Shield dudes put Lesnar through a table w a powerbomb. Twice. Brock gets to take a break. He’s the smartest man in wrestling.

Reigns spears Lesnae (I.e. A double leg takedown) Lesnar locks in a Kimura. Reigns stands up with it. Dean hits Brock with a chair. Then hits Roman – because he’s not stupid. LOLOLOLOL. REIGNS JUST SPEARS AMBROSE TO WIN!!!

Like. Lol. Whatever. HHH set it up for him to “make” Reigns but it won’t work Bc it just won’t. And then HHH will blame Reigns.

What a stupid company and product.

This is is the most expensive WWE product on Amazon. Seriously.