How a Social Justice Warrior Appropriated the Catholic Church’s Culture

Whilst Refreshing Tumblr and Shining My Safety-Pin

I’m gonna feel kinda bad about this, I can tell.

See, what had happened was, I was on a Gawker (or whatever it is now) affiliated website and they linked to this piece by Liv Jordan. In it, one feminist tears down another feminist for not being the right kind of feminist, and was being praised by another famous lefty blog for her efforts. 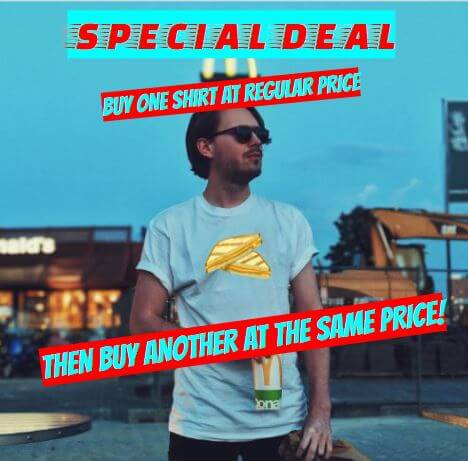 I fell in love. Here we had a good encapsulation of a prevalent attitude that has recently felt comfortable coming to the forefront of society: a demand of religious-like fealty to a speaker’s narrow interpretation of an ideology, complete with expectations of repentance. (I originally somehow typed that as “encapsulization” – so, if you disagree with me herein, remember that I’m a moron.) I could, and thus did, slap together some snarky comments, throw in a picture or two, and voila!, I’ve staved off the decline of western civilization.

Before publishing, I checked her Twitter to see if she had written anything else, and it appears she’s … just a dumb kid in college.  This made me reconsider what I was doing. I too was once in college – many times, in fact – and live in fear that one day someone will dig up the pointless things I said on comic book message boards.

But the site she’s writing for has over 600k likes on Facebook, which seems like a lot, so fuck it, she’s fair game. Besides, when I was her age, I was being torn apart by strangers on those very same message boards, so this is me passing it forward and treating her like an adult.  Plus, I already did all that work…

(None of her words have been changed, not even to protect the innocent.)

When Your Fave Is Problematic

Tina Fey, I love you, but I think you can do better.

I love Tina Fey. I’ve loved her since I was about 10 years old and started watching “30 Rock” with my parents.

When I was ten, I wanted to be a ninja and loved Mortal Kombat.

Even as a kid, I saw myself in her portrayal of the nerdy, awkward, intelligent comedy writer Liz Lemon. Fey was a self-proclaimed feminist, and a great example of a powerful, funny, unapologetic woman with a strong network of funny female friends whom I also adored, including Amy Poehler and Rachel Dratch.

She has always been my favorite celebrity.

Bit odd to headline a section “she has always been my favorite celebrity” when you already publicly declared your love for her.  You don’t normally read a book and then discover the title on the last page.  You’re writing an essay, not producing The Sixth Sense.

I’ve read her book “Bossypants” no less than five times, I’ve seen every project she’s written for, and I even dressed up as her for Halloween one year in middle school (specifically, my costume was Tina Fey’s SNL portrayal of Sarah Palin, though the teachers and students at my school just assumed I was dressed up as Sarah Palin; those heathens).

The ironically un-ironic use of the word “heathens” this early bodes well.

This article was published before a Hollywood mogul was revealed to be Time Magazine’s Rapist of the Year, which is too bad because I wonder how she’d feel about Fey producing a joke about said rapes?

I’ve been exposed to the term “white feminism,”

I’ll expose you to something. 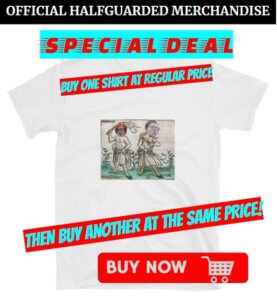 a sector of feminism that focuses primarily on the struggles of the “average” cis, able, moderately wealthy, white woman while ignoring the ways in which different factors like race, sexual orientation, and class can impact a woman’s experience.

I read about different influential people who were praised for being feminists, when in fact their behavior has proven that they hold no regard for intersectionality.

She’s making it sound like Fey is the Richard Spencer of feminism.

I’ve also been reading about the ways in which many have used derogatory terms, mocked large groups of people, and appropriated other cultures without it having a detrimental effect on their public persona.

Complaining about things on the internet started out as white male nerd culture but you don’t see me bitching that you’ve appropriated it.

It was in this research that I started to hear my idol’s name thrown around in conjunction with the word “problematic.”

No one who isn’t an asshole uses the word “problematic.” 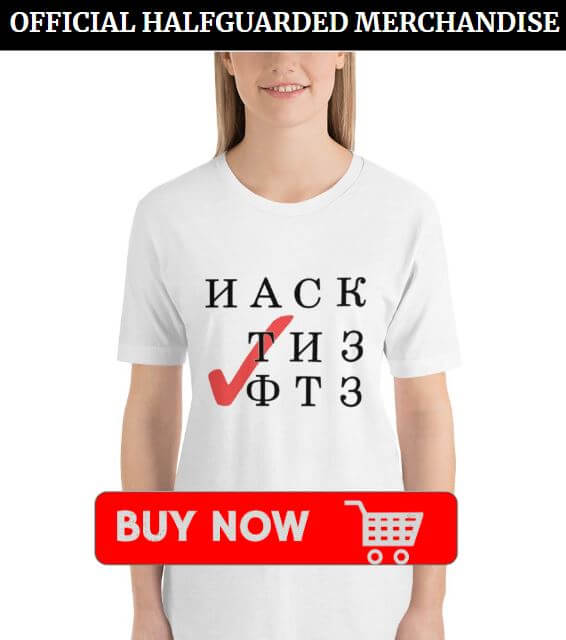 I read countless articles about Fey’s unsavory racial humor on her shows “30 Rock” and “Unbreakable Kimmy Schmidt,” ableism in 30 Rock, and her selective feminism which includes repeatedly making sex workers the punchlines of her jokes.

Tits and Sass is a group blog run by sex workers who saw a void when it came to witty commentary on the public image of our industry. The ideas promoted about us in the public eye have an impact on the realities of our lives as sex workers every bit as strong as the law, so we’re not letting any more dead hooker or stripper bones jokes pass by without comment.

Women who solicit money in exchange for putting a warm and sweaty penis in their mouths have a website to complain that they’re not respected enough.

For one, my idol, who I had always held to a such high standard, has a history of taking cheap shots for humor, mocking members of marginalized groups. Also, I was disappointed in myself for having such a blind spot when it came to Tina Fey’s humor.

This person is upset because one time, as they were replacing the rubber bands on their braces, they laughed at a joke and now want people to know they’re sorry.  (Good pronoun usage there, Mike.)

How could I claim to be someone who wants to stamp out injustice in the world when one of my favorite TV shows had relied upon stereotypes and degradation for laughs?

“What does your daughter do?”

“She stamps out injustice in the world.”

From scouring the internet and seeing blog posts upon blog posts of “problematic faves,” I think it’s safe to say that nearly everyone’s favorite celebrity or public figure has said or done something that can be deemed offensive.

Some of these actions are obviously reprehensible and are immediately condemned by society, and some are more subtle and often considered excusable by the general public.

The Ghost Writer is really good. It’s not good enough that I think someone who buttfucks drugged up 13 year olds should get awards and applause from celebrities – but good.

This is not only limited to famous people though, nearly every person has said or done something insensitive or offensive.

Making the occasional offensive joke or ignorant comment doesn’t necessarily mean that a person is bad. Oftentimes it’s just a stage people go through before embarking on the journey to become a better, smarter person. 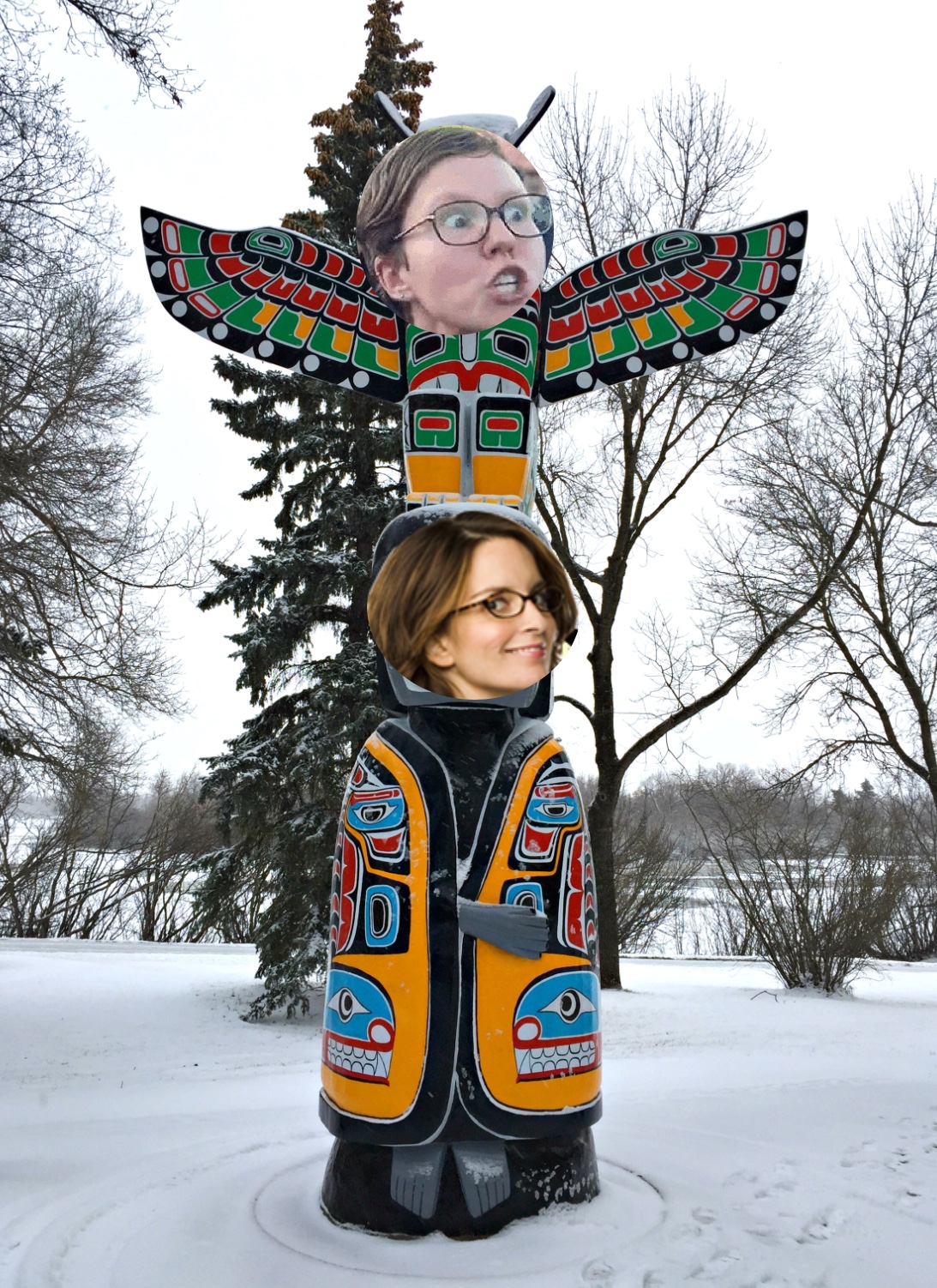 Like how everyone in middle school had super gelled hair or super dark eyeliner below their eyes. People make mistakes, and they grow to look back at their school pictures with horror. It’s a natural part of growing into a better human.

“Better human.” Who imposes a moral judgment on 11 year olds for using too much hair gel?

On Twitter, I recently saw another very funny writer and comedian I admire acknowledging her past problematic behavior.

I bet this person isn’t funny at all.

Gaby Dunn made a list of things she has done in her career as well as her personal life, that she considers to be problematic in some way.

I had to look up who the fuck is Gaby Dunn and regret doing so.  I was right about her not being funny though.

In putting this on the internet for her fans and critics alike to see, Dunn is holding herself accountable, something that I think is important for people to do. Apologizing and acknowledging one’s mistakes won’t erase damage that has been done, but it often indicates that the person who did the hurting sees the error in his/her ways and is ready for growth.

“Following the example of the Benedictine monk Peter Damian in the 11th century, flagellation became a form of penance in the Catholic Church and its monastic orders. The 11th-century zealot Dominicus Loricatus repeated the entire Psalter twenty times in one week, accompanying each psalm with a hundred lash-strokes to his back. The distinction of the Flagellants was to take this self-mortification into the cities and other public spaces as a demonstration of piety.” – Wikipedia.

When someone does or says something that is hurtful to others in some way, I think the brave and respectable thing to do is to stop and examine your behavior instead of shutting down others’ feelings and refusing to take any blame for your actions.

What disappoints me most about Tina Fey is her refusal to acknowledge or learn from her critics who have pointed out the ways in which some of her writing has made them feel uncomfortable or isolated.

This is why Harvey Weinstein thought he could say, “Sorry. I’m going to rehab. Then I’ll take on the NRA to make it up to you.”

I wish she had listened to the feedback she received about problematic jokes on “30 Rock” to improve her writing and make it more inclusive.

Instead, her newest show “Unbreakable Kimmy Schmidt” seems to have many of the same problems. Fey has dodged the criticism she received by refusing to comment, saying that her goal “is not to explain jokes.”

Her refusal to apologize or acknowledge her mistakes slightly reminds me of a certain large orange bully who is running for president, and if there’s any incentive for someone to apologize, it should be to avoid having anything in common with Donald Trump.

Murphy Brown died for nothing.

While I look up to her in so many ways, that doesn’t mean that I think she’s infallible.

Your points don’t become better because you use the H2 header, it just means you don’t know how to format shit.

I hope that she begins to listen to her critics and see their concerns as a way to improve her work instead of seeing them as attacking her.

“I beat my wife so she’ll learn not to do things that upset me.”

Though I think she has made several mistakes, I truly don’t think Tina Fey has bad intentions, and she has even written multiple times about her quest to erase toxic biases she learned at a young age. But I am confident that she can do better as a brilliant comedian, and I think that everyone can strive to be better.

You’re lying, sugar tits.  You’re trying to justify those years you spent diddling yourself to Fey’s thick, black-rimmed and foggy glasses but the truth is simple: you liked a bad person and now that means you’re bad too. 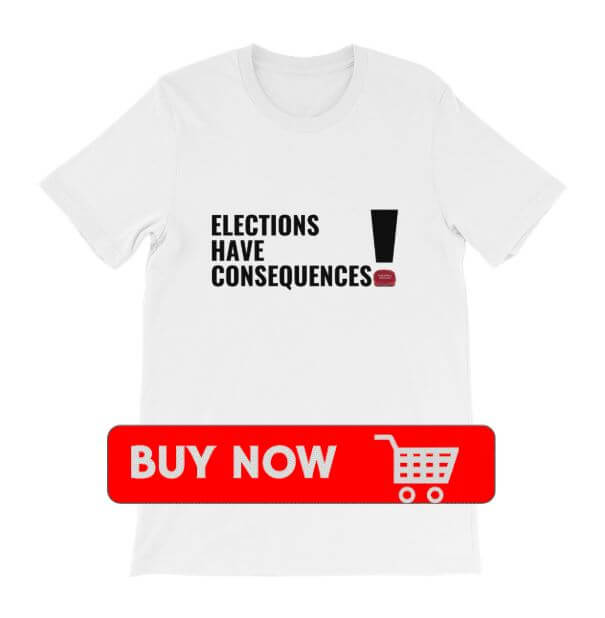 Fool Britannia: Looking at the Weird British Sports That Health and Safety forgot.

Fool Britannia: Looking at the Weird British Sports That Health and Safety forgot.