You read that right. I’m a hero, yet again. Modern day Super Man? No, just a dude willing to use his brain… 100% of this story is true. 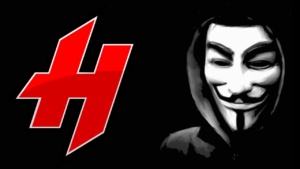 I have the hero gene I suppose. Not everyone does, as will be evident by my story. This story isn’t really about me or dogs, it’s about the insanity we’ve created in America, where people are willing to escalate nothing into violence at the drop of a hat, or in this case, the squeal of a puppy. It’s about the “piling on” mentality of our culture, and about making everyone into a victim. This victim mentality has to stop. You’re not that fucking special, and shit happens. Use your brain, humanity, and if you’d rather not, then go ahead and put a bullet in yours and take yourself out before you take out an innocent person.

I was at the dog park a few days ago with my two dogs. I keep a close watch on mine as they play with the other dogs, because I’m an adult. Now it so happens that there was a boy there by himself, probably no older than 15. It’s a huge park and is adjacent to a soccer facility, so I can only assume his parent(s) were near by, but I can’t say for sure since I never saw them. The boy arrived in the park with a full sized pitbull on a leash. 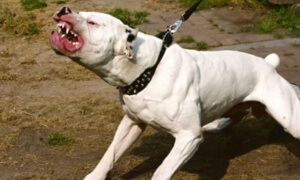 There was also a girl there, probably no older than 10, who I saw get pulled into the dog park by a large husky puppy. This girl was seemingly alone as well. I don’t need to tell you what happened next, but that would make for a bad story… I didn’t see exactly what happened but I heard it, and knew immediately.

At first, it sounded like a typical dog altercation to be quickly and amicably broken up by responsible dog owners, but that’s not what happened. All of a sudden, the husky pup starts squealing and crying bloody murder. Then the people around start in on the same thing, screaming bloody murder. I look to see and the first thing I see is the girl, sobbing, running away desperately screaming for help. After about 10 seconds of this, I decided I needed to check it out because it didn’t sound like it was ending. 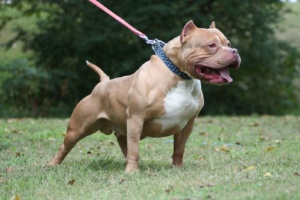 Sure enough, the pitbull had clamped onto the husky’s throat and was attempting to thrash it to death. Nobody was doing anything productive except screaming. When I got there, about 30 seconds had gone by, and two men were attempting to pull the husky by the legs out of the jaws of the pitt, like it were a chew toy. Fucking idiots. Just as I was running up, another man had begun hurling rocks at the pit, like the scene from Shirley Jackson’s “The Lottery.” The stones had no effect, so he had grabbed a huge stone and was just about to swing it down upon the pit’s head as I knocked it out of his hands. I screamed at him, “Hey, grab it’s fucking body. I’ve got the head.” He did, thankfully. So I got up along side of the pit, reached around its neck, and applied a bulldog choke, a.k.a. a side choke. This got the pit to relax it’s bite and I was able to pry the huskies neck skin out of the its jaws. I then turned to find the boy who owned the dog. He was standing there in shock, white as a ghost, while I wrangled his pit. I looked at him and calmly said, “Grab the leash, I’m going to put it back on your dog.” The whole time the boy was muttering and sobbing, “I’m so sorry…”

The husky was fine, shaken up badly, but ultimately was fine. Meanwhile, a MOB had formed around this boy and they were ready to crucify him. “Fuck you! Fuck you bringing a pit in here! You motherfucker, I’ll fucking kill you!” “Get a picture of that dog I’m gonna hit it with my car. I’m gonna hit you both with my car!” “Get my gun, I’m gonna fucking shoot that fucking dog! I’ll put it down myself” – These were the actual cries from the ADULTS in the situation. FUCK! 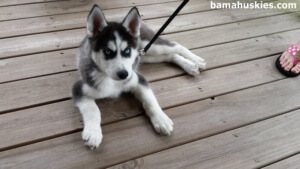 I’m really down playing the screaming actually. One woman, who had NOTHING to do with this, hell bent on getting her pound of flesh from that boy, followed him as he tried to leave and kept at it, as if the boy INTENDED on this happening… “Let’s see, today I wanna play my Xbox, ride my bike, see if I can squeeze in a husky puppy murder…” USE YOUR FUCKING BRAIN! If you’re not willing to help, that’s fine, but DON’T MAKE IT WORSE! GOD FUCKING DAMN IT!

Long story short: I told the kid, “It’s not your fault, but you need to leave with your dog right now.” Thankfully, he did, and this didn’t turn into a lynching. 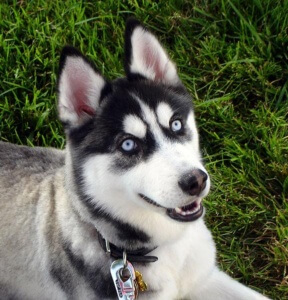 I’m fucking appalled, and you’re talking to a guy who is not easily appalled. Shit happens, but it’s how we respond when shit happens that truly shows who we are. From what I gathered in my survey of dog owners, 90% of adults are complete dimwitted narcissistic assholes, willing to pile on to ANYONE who has been villainized. What if I wasn’t there and the pit actually killed the husky, because it was going to try? What if that man had killed the pit with the rock to the dome, because he was going to try? What if that dude did come back with his gun? Are. You. Fucking. Kidding. Me.

I’ve never been more disappointed with mankind. Who should we be villainizng here? I understand that the boy made a mistake and should not have brought a pit to a dog park, that’s on him, but I don’t know him or that dog. That dog may have never done that before and this was a freak thing… Come to find out, guess who was antagonizing the pit? The husky pup. And what about the girl? Where were her parents? It is fucking goddam negligent to let your ten year old daughter take a dog to a dog park alone. But I don’t know her or her parents. Maybe her parents are dead. Maybe she lives near by and got the bright idea by herself to do it? The point is, there is much more to the story than we know, and yet people were willing to verbally assault a young person with some of the most heinous threats I’ve ever heard, so that they could get their digs in… And statistically, where I live, most of them probably fucking call themselves Christians… It’s goddam embarrassing for our culture.

Only one person, ME, was willing to think. I’m not special or a hero. I just knew what needed to happen to prevent it from getting worse. This article is not about me, it’s about escalation. Today, people are more willing than ever to escalate ANY altercation. I’ve seen it time and time again, especially as it pertains to dogs, but really in any situation. People are more willing than ever to escalate. Have you ever attempted to change lanes and then notice someone was in your blind spot and so you don’t but you ALMOST did. What response did you get? “Fuck you!” “ASSHOLE!” Probably something like that. It’s as if people think your plan was to go to the grocery store, pick up some dinner, get into a horrible car wreck on the interstate, and if there’s time, swing by the bank. USE YOUR BRAIN!

I don’t know what the moral of this story is. I guess it’s that you can’t count on people to do anything. Everyday I’m disappointed by adults being totally useless and retarded. When I was a child, I thought adults had it all figured out. I figured they were all sane, thoughtful, empathetic, and intelligent. Turns out, most are insane, asshole, narcissistic, dumb fucks, only interested in “WHATEVER MAKES ME FEEL GOOD RIGHT NOW! AND I’M SO ANGRY ABOUT SOMETHING THAT DOESN’T INVOLVE ME AND EVERYONE ELSE IS SCREAMING AND BEING A DICK SO I WILL BE TOO!” – This is the society we’ve created. Bravo people. Bravo.

Here’s a rule I need everyone to follow… Be harmless, not helpful. Your judgement sucks, so rather than making things worse, just do nothing, because you can’t be trusted to help. Mind your own fucking business. If you can’t offer a solution to the problem without causing further problems, just don’t do anything. Bees wax bitch. Let the heroes decide. And I’ve decided, just don’t have pitbulls as pets. Dogs prone to violence aren’t cool in any way.