Jon Jones to screw up around the third week of July

July 29, 2017.  A little over a year after Jon Jones was supposed to fight Daniel Cormier, he’ll get another chance to fuck it up.  Jones vs. Cormier 2 is scheduled.  And that comes with ALLLLLLLL the caveats of a Jon Jones fight.

It isn’t international fight week but rather the Anaheim show, the same one that Cyborg wanted to fight on.  It already has Korean Superboy vs Andre Fili, so that’s cool.

Now, there is still a chance that White is right because Jones officially has two months to do something stupid.  Place your bets as to what: DUI? Hitting his gf? Another kid? Recreational drugs? PED? There are just so, so many things Jones can do to fuck this up and history says he will. 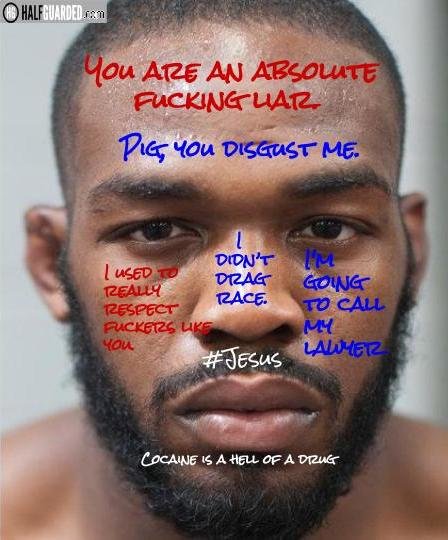 James Swift interviews ... Mike! About? Going to Yale. (Have I mentioned that yet?)