Khabib Nurmagomedov, fighter of men and bears, is out of his fight with Tony Ferguson because he didn’t make weight because he got sick during his weight cut.

This was easily one of the most anticipated matches of the UFC 209 PPV, at least from me and other right thinking men of high society.  It’s loss is a big blow.  The PPV suffers and the UFC will not have a lightweight interim champion; HOW CAN THE PROMOTION GO ON WITHOUT ONE?!

Personally, my joy of watching Khabib destroy Michael Johnson at UFC 205 has now been retroactively ruined.  I think we can probably chalk this up to his dad being banned from America.  Is this the price we wish to pay for safety, Mr. Trump?  A man who would sacrifice Muslim fathers from cornering their son in the name of safety deserves neither.

This does suck though.  No word, yet, on if Ferguson will get a super, duper, duper last second replacement.  Maybe a rematch with Lando?

At least Conor McGregor can rest easy, knowing that one of his titles hasn’t been undermined once again.

The full UFC 209 card is now as follows: 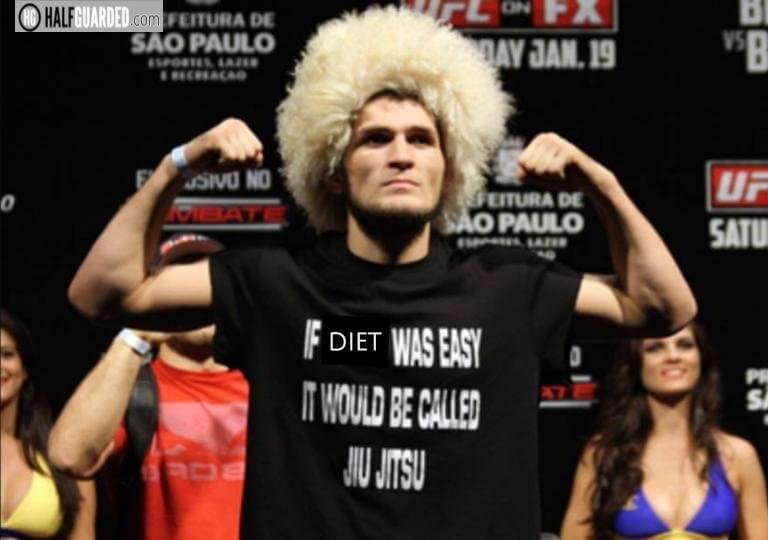