There is a vicious lie spreading that in the upcoming film The Revenant, Leonardo DiCaprio is raped by a bear. This is nothing but anti-bear propaganda and must be addressed forthwith.

One of the little known facts about your author is that he’s a bear. Not this kind: 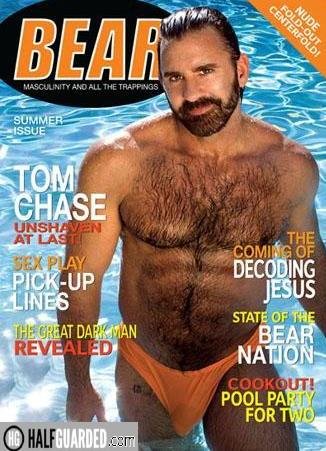 Leonardo DiCaprio is raped by a bear?

It didn’t happen. I know the bear in question. His name is Walter and he’s my third cousin, twice removed. Walter is many things: a hoarder of fish, someone that purposely paints poison berries to look healthy, and a trash-can aficionado. What he isn’t is a rapist. In fact, Walter gets so much bush that he can Bearly handle it all.

Further, look at DiCaprio? Who’d want some hairless freak like him? Even when you people don’t shave you don’t have enough fur for a night out with us.

I have a theory, and us bears are very big into our theories, as to who started this defamatory rumor. This fucker: 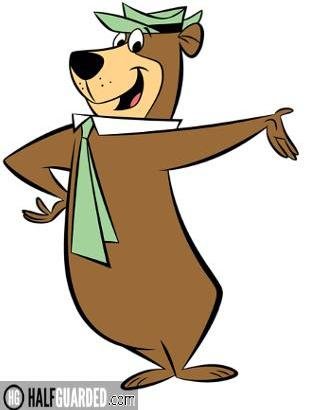 That right there is a race traitor. He wears hats and ties like you people because he’s so desperate to fit in. He’s a known pedophile.  Look who he “hangs out with.” 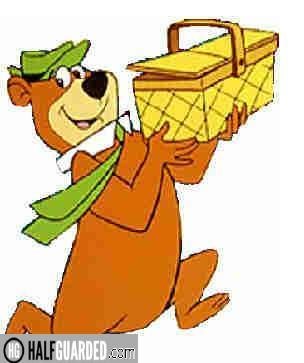 Yogi has been a blight on the bear community for ages now. He’s a bear minstrel act and he knows we all hate him. A lot. Ever see the movie The Edge, where Hannibal kills a bear? Yeah. That was my brother, Dave. Dave was a little slow, sure, but Yogi set him up to be killed for your entertainment.

Jorge (cousin, four times removed) heard from The Bear In The Jungle Book (that’s what he legally changed his name to – bit of a prima donna, to be honest) that Yogi got busted stealing one too many times and that a park ranger was looking into why Boo-Boo always has a distant look in his eyes. Because of this, Yogi turned state’s evidence and so he sold out Walter. By making up a lie.

Walter T. Bear did not rape Leonardo DiCaprio. I cannot stress this enough.

Did he try to eat him? Maybe. Walter does that. Honestly, we all have at one time or another. In some bear circles it’s a right of passage; in others it’s just done for fun. One time I ate a guy just to watch him die. There are billions of your kind out there, trust me, he wasn’t that important in the grand scheme of things and my gesture totally got me laid that night.

Leonardo DiCaprio raped by a bear? A lie, plain and simple. One spread by a thieving sex-predator himself.

Rape however is a horrible, ongoing problem, in America and around the world. It may be the most underreported crime today. Statistics vary, depending upon local, but reasonable estimations place rape at nearly 1 in 6 women in the United States alone. The United Nations reports that there are roughly a quarter of a million reported instances of rape every year. While there are no doubt false accusations, it’s fair to say that if that is how many are reported per year, far, far more are unreported. This may be due to local custom, shame, confusion, inaccurate accounting methods, and so on.

(It isn’t difficult to conclude that rape in America is treated with more openness and accuracy than it is in Saudi Arabia, for example.)

It is unfortunate that rape is a topic considered off limits to some. There are those who try to downplay the terror of rape, explaining it away with one excuse of another. They often fail to understand that rape is closer to terrorism than murder. When someone you know is killed, while it may make you question your mortality, in general it doesn’t make you feel like your life is in danger. This isn’t the case for many women. With a great number – perhaps even a majority – of rapes involving the victim knowing her rapist, a single rape can leave that woman’s friends justifiably concerned. This is especially so since “he seemed so nice.”

Conversely, there are those who wish to elevate the crime to a status so sacrosanct it makes asking legitimate questions about consent and coercion impossible. The definition of rape is sometimes widened to the point where men male legitimately not even be aware that they’ve caused offense. As I’ve gotten older, studied more (both legally and philosophically), I’ve sadly realized I’ve inevitably had friends who raped women. Never in the classic vision of rape that springs to mind, but in the more subtle, “Everyone was drunk, maybe he was more experienced at ‘the game’ than she was, one thing lead to another, etc…” To date, I doubt they’d recognize their offense.

And this is to say nothing of men being raped, a group that is probably the least defended and most exposed of all. While a rape victim is often more likely female, it is this very same rareness that causes male victims to underreport being a victim.

Consent is at the core of rape and by the “shouting mob” being unwilling to discuss the topic that makes it all the more likely we as a society will continue to treat some innocents like criminals and some victims like liars.

And we’re all worse off as this happens.