Have you ever been watching UFC alone and thought to yourself, “I’m a huge nerd and have no friends, which is why I’m at home on a Saturday night getting drunk on Sam Adams winter lager all by myself. I could really use a wise cracking buddy sitting next to me to lighten the mood and cheer me up.” Fear not my dorky pal, your wish has been granted. This read-along article will go nicely with your loneliness.

I know what you’re thinking, “PeachMachine, this only works if I DVR it and watch it later. How will I be able to read-along and enjoy your zany commentary if you’re writing it live and it gets posted later?” To that I say, invent a time machine you dork. I can’t solve all your problems. I’m not a physicist. Figure it out yourself.

If you’ve read this far, you’re without a doubt a person who enjoys abuse, so get ready for some hot fight action, and some well placed zingers.

My pick:  KK by Split Decision 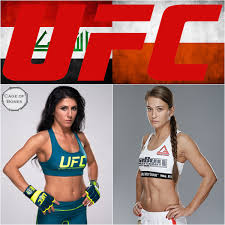 My Pick:  MJ by Unanimous Decision 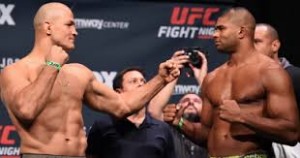 My pick: Cerrone by KO in 4.  I know it’s happening because I went to make a prop bet on it, but it was already off the board.

Final Thoughts: Eight underdogs won tonight, which is great because I love when Vegas loses money… RDA is for real, Reem is still alive, Diaz is back, and we’ve got another Polish woman to keep an eye on in 2016… RDA called out McGregor, but Diaz did a much better job of it earlier in a completely censored tirade. Try and find it online. I couldn’t… Ugh, then RDA’s team had a group prayer in the ring. Now I hate him. It’s so sanctimonious to pray or thank Jesus. “Dear pie-in-the-sky wizard, thanks for letting me batter another human’s brain to a pulp, because what I do on this infinitesimally small blue dot is important to you for some reason.” What ego. I’ll be doing a whole article on that topic down the line, so if you like blasphemy, stay tuned.