No time to waste, the news is here!

TURKEY, YOU HAD YOUR CHANCE

There’s been a running gag/outright racism on my part about how much I dislike Armenians.  Scum that they are.  Today’s news confirms I’m right as Ronda Rousey’s coach, who should be run over with a car if it was legal, has filed for bankruptcy.  He says he hasn’t made any money in years and yada yada.  While being the head coach for Ronda Rousey.

It’s a day ending in Y so yes, Ronda must be in the news.  This time it is giving out SEX ADVICE.  Step one is not find a scumbag at the bar, by the way.  This is from a column she has in Maxim.  I had no idea 1. Maxim still existed; 2. she had a column in it:

For what you should never do: Don’t bite my teeth! If my teeth are repeatedly hitting your teeth, then there’s a problem with what you’re doing. That freaks me out. I don’t like it. It’s terrible. I have a thing about my teeth. Even though I do a sport where I get punched in the face for a living, if your teeth hit my teeth more than a few times, I’m over it already. What should a guy always do? Take his time. In general, a girl takes a minute. He needs to get her ready. You should never need lube in your life. If you need lube, than you’re being lazy…and you’re not taking your time.

Don’t bite my teeth is the single weirdest piece of sex advice ever given out.  Ever.

Matt Brown is hurt.  He won’t be fighting Kelvin Gastelum on November 21st.  For anyone who cared.  Actually, the card for that show ain’t half bad:

Some actually pretty good fights there.  I think this is in Mexico City so expect everyone to get really tired and not understand how altitude works. 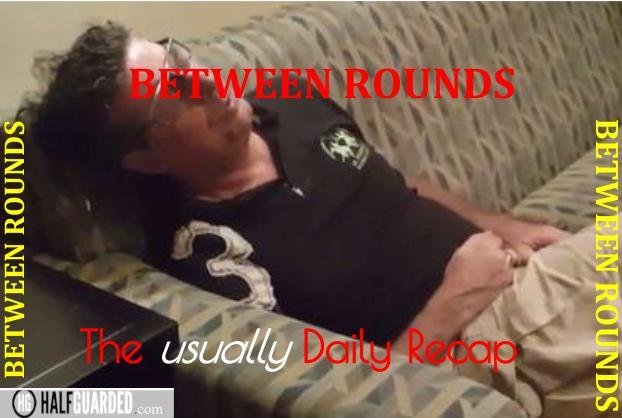 Brazil is a dangerous place and weird.  Dan Henderson, fighting on Saturday against Vitor Belfort, apparently came back to his hotel room and found …

“He wanted the H Bomb” sounds WAAAAAAAAAY more sexual in this context than Henderson probably intended.