Almost two weeks later and Invicta’s 20th show still continues to make headlines with the news that the Main Event Bantanweight title fight between Tonya Evinger and Yana Kunitskaya has been ruled a no contest. Kuniskaya was originally declared the champion due to a submission by armbar in the opening minutes of the contest, but with the match now null and void the title is now once again with Evinger.

The match was easily the most controversial in Invicta history due to a botched call my referee Mike England. Tonya started the fight by easily taking down Kunitskaya but as she opened up with elbows found herself caught in an armbar from the bottom. Evinger attempted to break out of the hold by putting her foot on the head of Kunitskaya as leverage.

This tactic by Evinger was entirely legal as she wasn’t stomping of striking her  grounded opponent and Tonya insists she was almost free of the armbar a claimed back up by Shannon Knapp who was stood close to the action and could see Tonya’s elbow almost out of the hold. However Referee England ordered her to take her foot off Yana’s head. Evinger was forced to obey  and  the new position she switched to allowed Kunitskaya to sink in the armbar and thus led to Evinger tapping.

While it’s hard to see from the camera angles on the broadcast the fact is Tonya was not allowed to continue  with her chosen and legal method of defending the armbar and was forced by a bad refereeing call to make a spilt second transition that resulted in her tapping.

What’s bizarre is that Tonya used a similar method of standing on the face against Sarah D’Alelio back at Invicta & in 2013, again legally and rightfully was not admonished. The referee for that fight was one Mike England.

Tonya put in a written complaint with the Missouri Office of Athletics who on Thursday morning informed her that her appeal had been successful and their decision was to rule the fight a no contest and the blemish on her nine match win streak has been removed from the record books.

“The Missouri Office of Athletics reviewed the video and audio along with a statement from the referee of the Tonya Evinger vs. Yana Kunitskaya contest at Invicta FC 20 on November 18, 2016.  The Missouri Office of Athletics determined the official result of this bout must be changed to a no contest. The MMA database has been notified, and should update the record within the next couple of days.”

Fights being ruled no contests due to a refereeing mistake are rare but not unheard of. At UFC fight night 62 in Brazil Drew Dober had his loss to Leandro Silva removed due to a phantom tap episode.  Way back in 1997 the Sakuraba fight with Marcus Silveiria was ruled a no contest when Sakuraba’s attempt to drop for a takedown was mistaken for a knockout by John Mccarthy.

Obviously  neither fighter is to blame for what occurred and Shannon Knapp has stated she is working to restage the fight, which would ultimately be the fairest move all round. In many ways the controversy has heightened interest in the contest which was Yana’s first fight in Invicta. Tonya is once again unbeaten in her six Invicta contests and her time in the company has established her as one of the most respected fighters outside of the UFC. 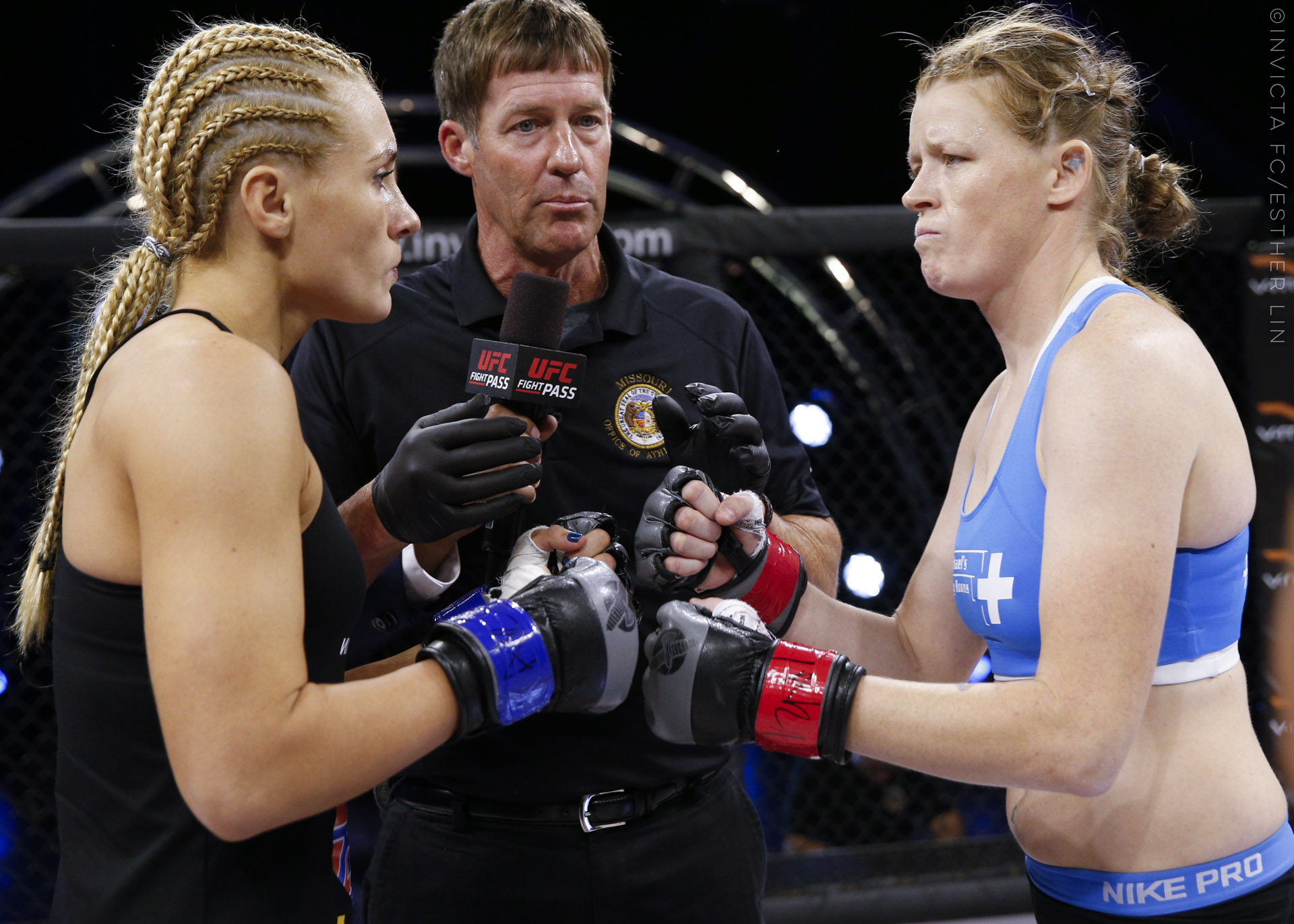 Whether the fight is rushed into taking place at Invicta’s January card remains to be seen although you’d expect an early 2017 date to be announced soon. In the meantime a relived Tonya has been happily dispensing her give no fucks attitude to the usual pain in the arse twitter trolls who’ve rather stupidly attempted to harass the fighter.

For all your Invicta card previews, live commentary and recaps stay tuned for Halfguarded’s continued coverage and support of the world’s premier all Women’s MMA group 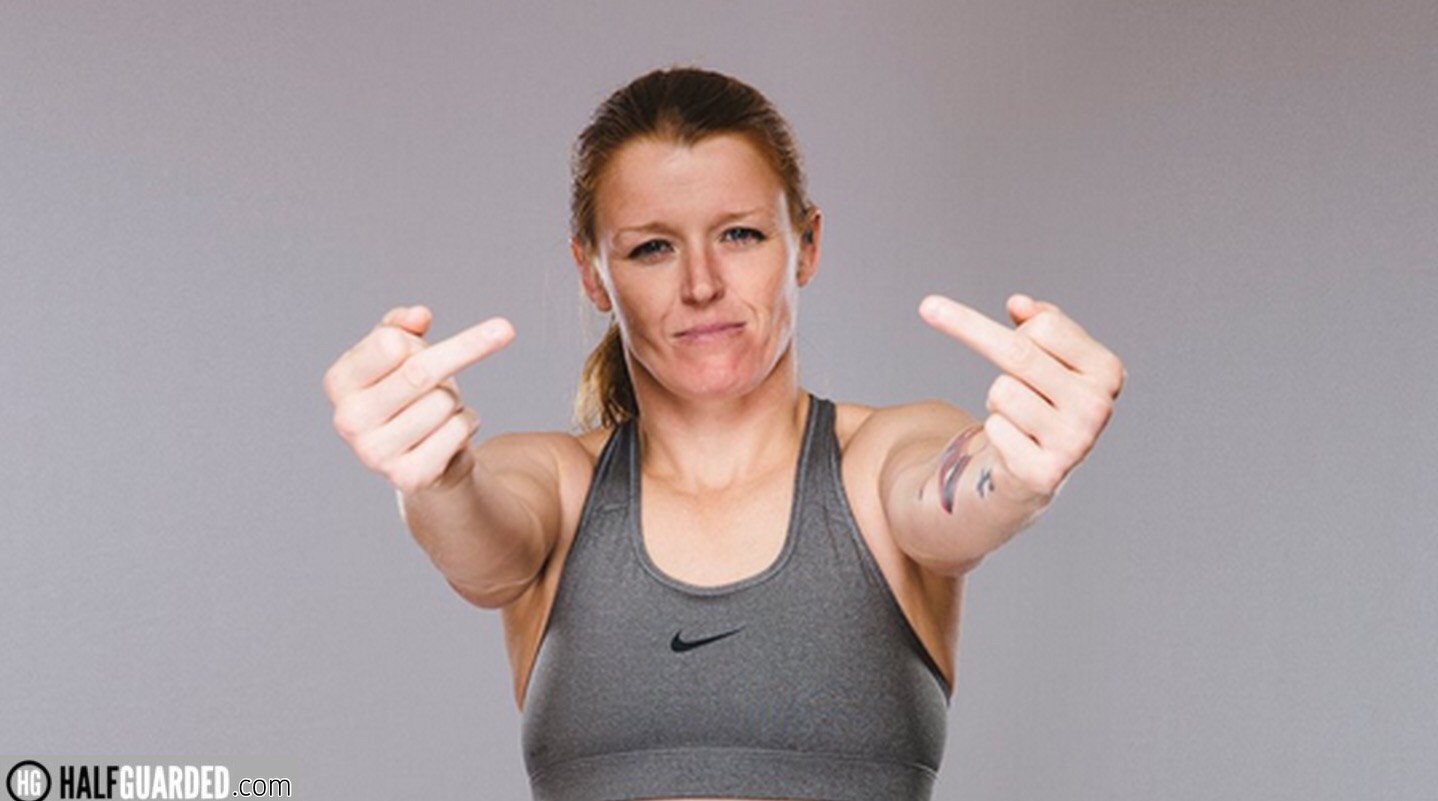 What Do We Do with Yoel Romero? Does his drug failure taint a title shot against Bisping?