People are drawn to Top 10 lists like my dad to whiskey.

No, that made no sense.  I don’t care.  This is our NEWEST AND LATEST FEATURE: TOP TEN TUESDAY!  Every Tuesday – the day of the week – we will present a Top 10 list of some sort.  Never forget: these lists are right.  There is no argument.  Someone else may have done a Top 10 list similar to the one you are reading – and the ones you promise to read religiously every single Tuesday forever – but this is the only one that is correct.

This week’s list is kind of obvious from the title: TOP 10 WORST CAR NAMES.  I’m not sure if this is going from best to worst because it’s a list of the worst names, so if I list something as #1, does that make it the least bad or the absolute baddest of the bad?  I probably should’ve thought this through.  I’ll start with ten, which for our purposes shall be considered the least bad of these names.

The TOP 10 WORST CAR NAMES EVER

I’ve never seen this thing anywhere.  I’ve never even seen a commercial for it.  But it exists.  Somewhere in the world, someone bought a car with the name Veloster.

I know it’s Japanese so we let things slide.  It would be higher if it wasn’t Japanese but it sounds like a Pokemon.

Someone who knows cars told me this exists.  I looked it up.  It looks like an SUV that had parents that drank too much and so its growth was stunted. 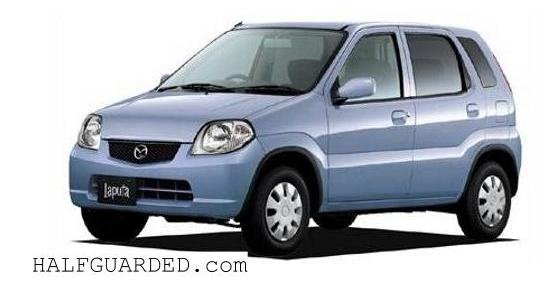 Told you.  I don’t speak Spanish, though living in America I’ve picked up like half of it.  I do know enough that “Puta” in Spanish is somewhat the equivalent of “slut” “whore” “motherfucker” or something like that.  Just an all encompassing swear you use to insult someone.  Like “LA Dodgers fan” in English.

This is like a two door version of the Dodge Dart and it came out in the 60s.  No way anyone gets a pass on this as “Oh, we didn’t know.”  It was the generation that invented swinging and is the only generation to unironically use the term “swinger.”  Today we just call them high school kids.

This is actually still around.  You can still buy it.  It still has this name.  I guess it’s a credit to marketing that until I started writing this I didn’t even think of how absurd this name is.  The car’s name is literally a euphemism for whore.

For when your annoying kid asks for a car and you want to passive aggressively troll them.

This is another one I didn’t get at first because I don’t speak Not-American but apparently Pajero is Spanish slang for jerking off.

What in the sweet fuck is this?  In Euroland (or parts of it) it is the Honda Jazz.  Can’t Honda just google “cool sounding animal name” and use that?  Is naming a car THAT tough?  Trucks usually have cool names.  Bronco.  Ram.  Etc…  Honda Fit is a video game that comes bundled with a Wii.

OK.  Electric cars and hybrids and all that are the future.  Yada yada.  I’m sorry, but this is like naming a car the Nissan Pussy.  You know what’s an AWESOME environmentally friendly car name: Tesla.  If I was super rich, I’d have a Tesla.  I’d also buy a Leaf and set it on fire.  LOOK AT THIS THING: 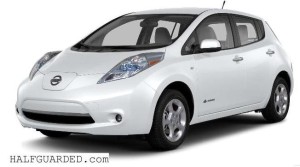 You do not pick up a woman for a date in this thing unless she doesn’t shave her legs.  “Oh, but those big fast cars are for guys who are overcompensating.”  They are.  This is true.  But at least those guys are trying to hide the fact that they have small dicks.  Driving this thing is like driving a neon billboard that says, “I CRY RIGHT AFTER SEX!” 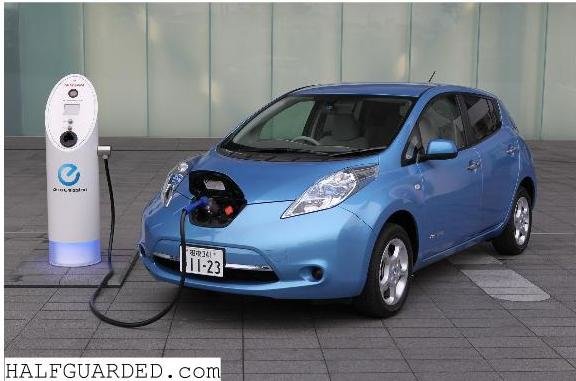 Fuck, IT EVEN HAS A PENIS!