by Coughlin
in Entertainment: Movie News, Previews & More!, The Other Half
2

People are drawn to Top 10 lists like moths to flames that are right next to a can of gasoline: they’re gonna suck you in but get to close and you die.

No, that made no sense.  I don’t care.  This is our NEWEST AND LATEST FEATURE: TOP TEN TUESDAY!  Every Tuesday – the day of the week – we will present a Top 10 list of some sort.  Never forget: these lists are right.  There is no argument.  Someone else may have done a Top 10 list similar to the one you are reading – and the ones you promise to read religiously every single Tuesday forever – but this is the only one that is correct.

Our inaugural list is kind of obvious from the title: TOP 10 WORST COMIC BOOK MOVIES (modern era). I’m more or less making up modern era because I can.  Figure it starts around Blade and the first X-Men movie.

I’m not sure if this is going from best to worst because it’s a list of the worst names, so if I list something as #1, does that make it the least bad or the absolute baddest of the bad?  I probably should’ve thought this through.  I’ll start with ten, which for our purposes shall be considered the least bad of these names. 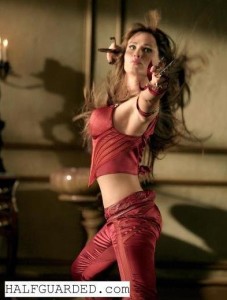 Daredevil wasn’t all that good but the Director’s Cut almost manages to save it.  This was garbage.  I think the studio – no joke – made it simply because of the “Bennifer” tabloid name. 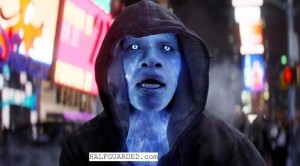 I’m lumping all three together because they’re all special in their own way.  At times, each movie does something right.  The scene in Spidey 3 where Sandman first forms is almost touching; there’s this neat subplot with Harry and living up to his father’s legacy. Then there’s Venom, forced in so clearly by someone from Big Hollywood.  Oh, and dancing.  Lots and lots of dancing…

Same with ASM1/2.  Not all of it is bad, and the first one was decent.  It might even be passably good except that Raimi’s Spidey 1/2 were sooooooo good that anything else would look like crap in comparison. The second one though?  Yikes.  Jamie Foxx butchering Electro (hardly his fault, as the script as shit).  Harry was OK but went from 0-batshit evil too quickly.  Peter was irrational in NOT giving over his blood.  He has blood that could legit save the lives of potentially millions and all he can think is, “Uh… it could be, umm … dangerous!  Yeah, that’s it.”  The death of Gwen was well done at least.

From the man who will soon be Deadpool…  I know that, technically, in the comics Lantern (any of the 50 out there) uses his ring to make his suit but HOLY SHIT of all the inane attentions of details to focus upon and use in a movie, THAT WAS NOT HIGH ON THE LIST!  The movie was just there, with the action scenes basically being laughable and the emotional scenes … also being laughable. 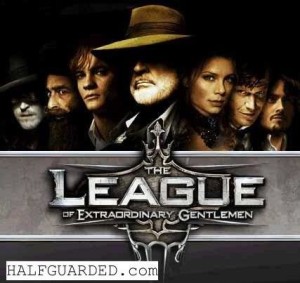 That Alan Moore wanted nothing to do with this is no surprise: he hates the world.  That it sucked isn’t a total shocker.  If it had a different title, maybe it wouldn’t have been as hated.  Still, it’s remarkable because it is the very last movie that James Bond ever did.

It sucked.  Someone let Frank Miller, who had only ever written and drawn comics, direct a movie.  He’s never directed a movie.  Robert Rodriguez, his green screen partner who did Sin City was there to help out but … OMGJHDFD!  It’s just shit.  I realized that I didn’t put Green Hornet on this list, and I could I suppose, except this makes that look like Casablanca. I purposely listed it next to League because they’re both from the same vain of just being such a let down to the source material.  And it isn’t even super duper popular source material so you’re really just ruining the lives of a select few. 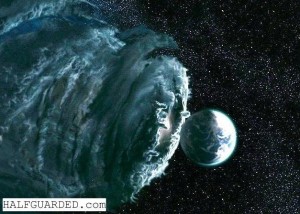 This almost got #1 because they shit the bed on one of the all time most amazing as all crap villains: GALACTUS!  I know it wasn’t reasonable for a studio to CGI a uber tall dude with a weird helmet as the baddie but making him into a deadly dust cloud?  Surfer himself was … sigh.  Dan Slott, right now, is writing the single best Silver Surfer stories of all time.  It can be done, folks.  I also wasn’t sure why they were in China, other than to blatantly beg for Chinese movie goers.

Now we get to some heavy hitters…

You know it’s a list of crap when this is only 4.  IF IF IF you strip away the name and pretend it has nothing to do with one of the most famous femme fatales in modern pop culture history, you merely have a very very terrible film.  When you remember that Catwoman could be a fascinating movie all on her own, independent of Batman, it makes you weep.  Just utter crap in a way that defines crap. 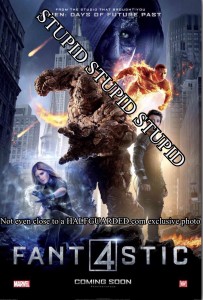 This will move up higher on this list when I revisit some day (I’ll never do that).  It’s fresh in my mind, so that tends to make me think maybe I’m over-hating it but …. IT WAS SO SO BAD.  It opened below $30M which – no joke – I did not think was possible for an action film.  Drunk teenagers go to a different dimension and there isn’t ONE SINGLE GUARD WATCHING ANY OF THIS.

And lots of Autism. 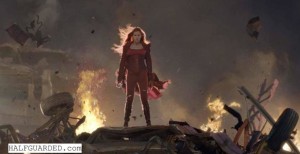 Bryan Singer left.  Brett Ratner entered.  Quality left.  Crap entered.  Ratner has a laundry list of crap movies and this tops them.  They decided to do approximately 5000 storylines (which is fitting for an X-Men movie, I’ll admit) but none were good, all sucked, characters sucked, the action was a joke, the plot made no sense and it was so bad that it basically killed the entire franchise.

The only way FOX could save it was to not just reboot it but go back in time and use entirely different (more or less) mutants so that none of the stink from this burnt out, overused, shithole could infect the future.  Like the next entry, it gets extra points because the follow up films – in particular Days of the Future Past, showed that there was a lot of really good life left in the franchise.  And it all almost killed by the asshole who directed Rush Hour 2. 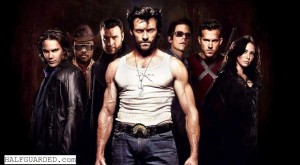 I have a confession to make: I never saw the real movie all the way through.  Not like normal people do.  I first saw a leaked copy that was missing all of the CGI and watched it.  Drunk.  Very, very drunk.  It was awful.  And whilst I did cry tears of laughter there was that voice in the back of my head that said, “No, this is just seriously bad.”  I later saw the parts of the movie with the CGI added and … I could barely tell.  It was all SOOOOO poorly done.  Liv Schriebner was the best part as a decent Sabretooth (no, I’m not going to bother looking up how to spell his name).  This is also the film that took Deadpool, whom we have described in many ways but who is basically Bugs Bunny if Bug furiously masturbated to the weirdest porn he could find.  And then the sewed his mouth shut.

It’s like having Bruce Banner get smaller and weaker as he gets angrier.

Like X3, this gets dinged extra hard because the follow up, The Wolverine, was actually pretty good.  It was a few scenes away from even being great.  This was as far away from great as you can get.

These are the worst comic book movies of the modern era.  If I forgot one, I didn’t.  It wasn’t as bad.  There is no debating this.  These suck.

TOMMY TOE HOLD: Why a 2D Cartoon Character is a breath of fresh air in the MMA internet community

Why Pro Football is Better than College Football

Why Pro Football is Better than College Football