Trump Looks Past Murder, Enslavement, Unjust Imprisonment, Torture, Sexual Violence, and Mental Abuse To Love Kim Jong-un For Who He Really Is

In a rare sit down, one on one interview with Lesley Stahl for “60 Minutes,” President Trump boasted of his love for North Korean Dictator Kim Jong-un.

“I have a great chemistry with him.” Trump exclaimed when defending a comment from one of his rallies that Stahl confronted him about. “And then we fell in love, okay. No really. He wrote me beautiful letters. And they’re great letters. We fell in love.”

Stahl continued to press Trump on loving a man who’s committed so many atrocities, but Trump did not back off. In fact, he doubled down on his relationship with Kim Jong.

Trump went on to gush after Stahl asked how they initially started talking:

“I was on Twitter one day, tweeting amazingly smart and brilliant tweets. Have you seen my Twitter? It’s tremendous, I’m very good at it. Anyway, I see a notification for a private message from @IluvHoopinNMurderin and it turns out Kim Jong was messaging me. He’s very funny.”

“What did the message say?”

“Hey do you mind if I slide up in your DMs? Lolololol.”

“Did you know what that meant?”

“Of course, I’m very hip, in fact I’m the hippest president of all time. I’m friends with Kanye West, he loves me, the black kids love me. I’m very popular with the colored community.”

“Did you say colored Mr. Pres…”

Trump turned his phone to show Stahl a text conversation they had which looked like this:

DJT- 45/Whenever I want/White House

“I’m the president and you’re not.”

“I’m aware. How can you look past all of these things Kim Jong-un has done and still has a casual, friendly relationship with him?”

“Because I’m a tremendous person. I can look past things like limiting people’s freedom and numerous sexual assaults, that’s why I nominated Justice Kavanaugh to the Supreme Court.”

The President then got out of his chair, removed his mic, and threw Stahl the peace sign as he played “All I Do Is Win Win Win Win Win.” by DJ Khaled on his phone. 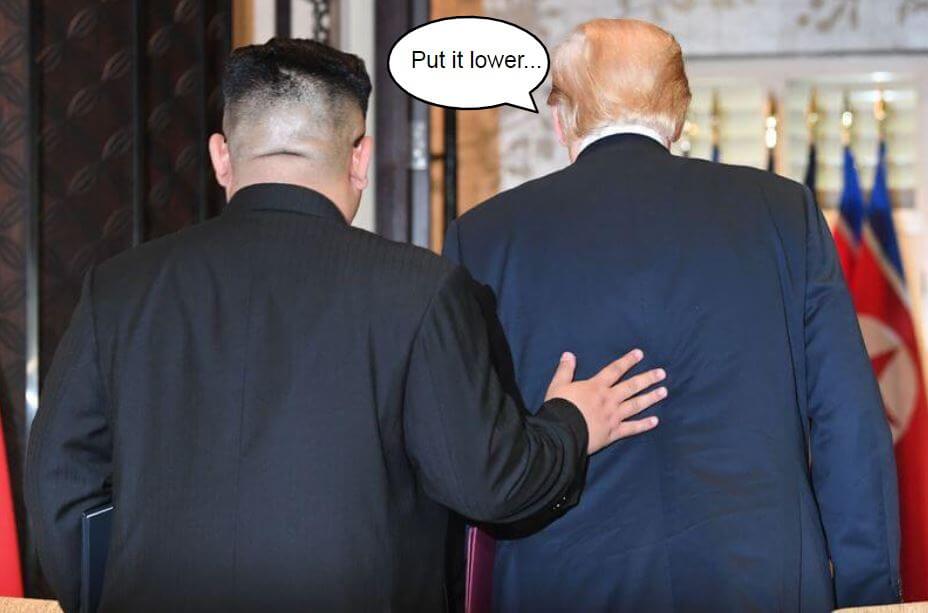