As President Trump calls his impending impeachment a “witch hunt”, he’s warned The United States that a Civil War will break out if he is removed from office. However, should this occur, fear not because Trump has asked China and The Ukraine to aid him in fighting the North.

“It was a perfect 3 way call, no pressure, but I forced China and The Ukraine to help me and they have said they will aid America in our war with the Northern Democrats.”

When he was reminded by reporters that there is no such thing as an alliance called “The Northern Democrats” he laughed and said “Yah, sure.”

“The Northern Democrats, led by General AOC will eat our babies and bomb Russia!!! We can not allow the North to take Russia!! It’s my biggest stronghold!!!”

Most reporters simply gave up at this point, but Trump continued on:

“China will be doing awesome Karate and sending the best and most tremendous Ninjas their country has to offer!”

One last hopeful reporter tried to remind Trump that Karate and Ninjas are Japanese but Trump just carried on:

“Yah, sure! China does Karate way more good than Japan! Plus the Ukraine is going to send their best Ukrainian Boxers, like the one who killed Apollo in Rocky IV!!”

He actually pronounced the letters I and V, he didn’t say four. 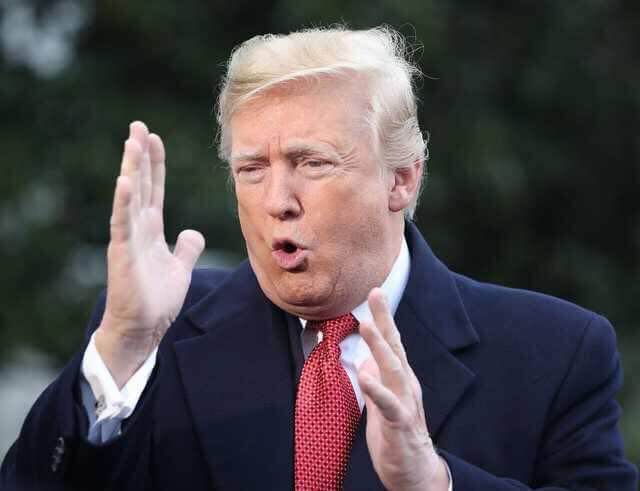 For those of you who were worried about Eric and Donald Trump Jr. being drafted to battle, they’ve already been given medical deferments from Eric’s orthodontist and Donald Jr.’s hair stylist.

Mike Pence is said to be scrambling to reinstate Don’t Ask Don’t Tell.