Bear Witness to our amazing post coverage thing for UFC 207!  Here, you will find all things related to UFC 207 News and UFC 207 Results.  And they will be available, oh, believe me on THAT one!  Heck, they’ll be available … AS THEY HAPPEN!

UFC 207 is headlined by a little someone named Ronda Rousey returning to the UFC as she looks to reclaim her title as best female bantamweight on earth.  And to let everyone know that her devastating loss to Holly Holm will not forever define her career.  You probably know she’s the headliner, though.  The rest of the card has some good fights too, so don’t miss them.  Or, really, don’t miss our coverage of them.  (Go to the near bottom of this deal and get the results and ONLY the results if you’d rather skip my awesome analysis.)

We’ll have to wait and see, of course, but when the time comes, well … duh, we’ll let you know. 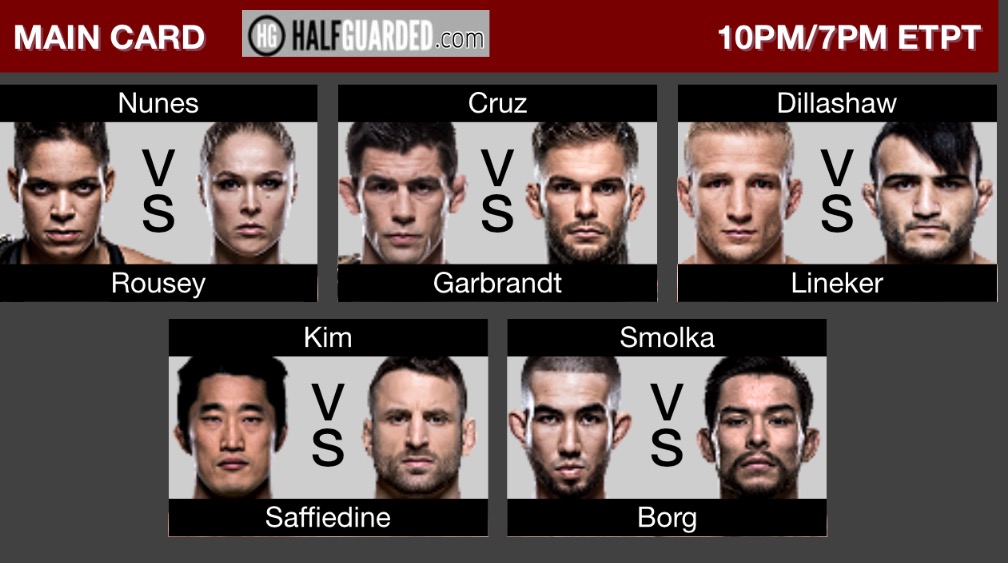 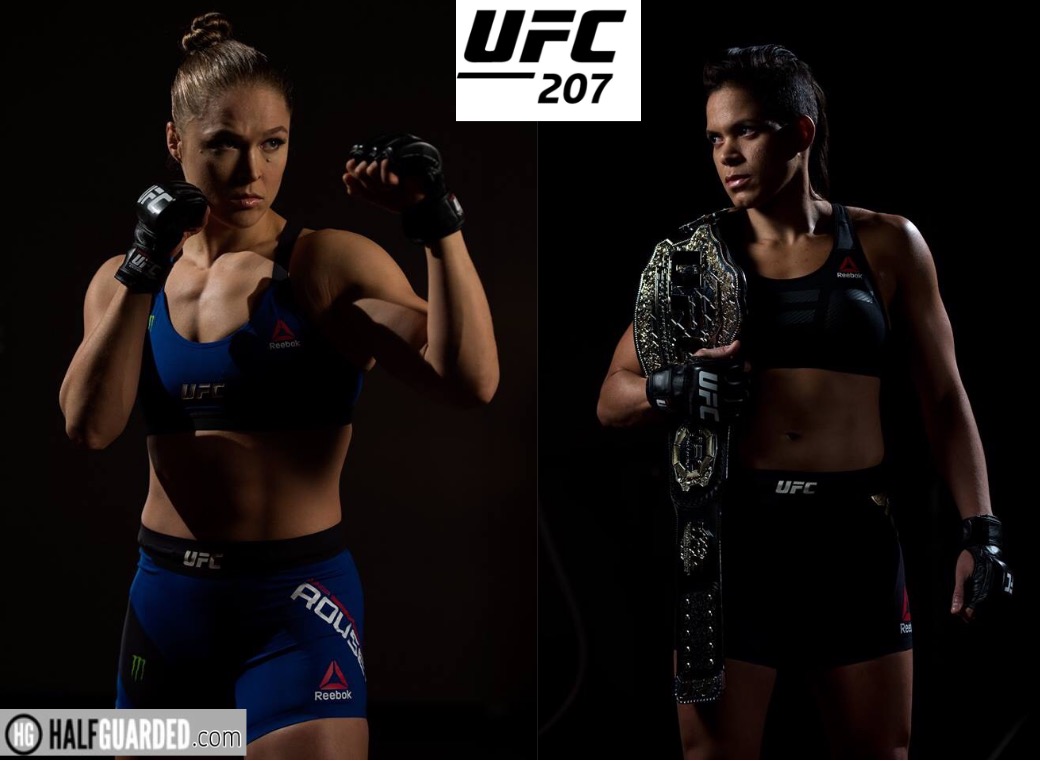 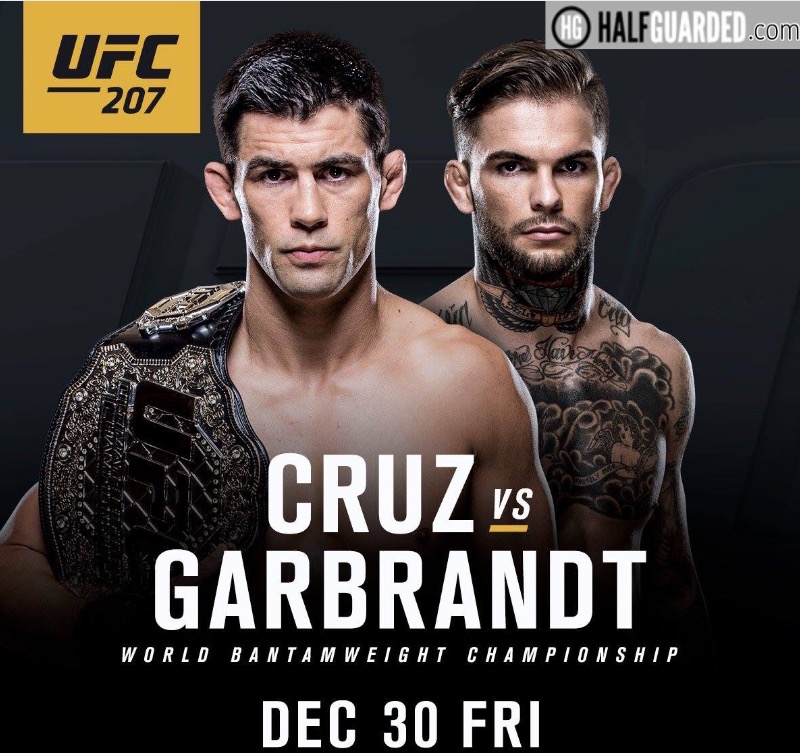 They played a cool Prince and George Michael mix for a bit.  Cody out to Queen’s We Will Rock You.  That’s a good choice.  Cruz is out to a song entitled Dominator (according to Siri) and it sounds like what you’d hear if you were in a hardcore German S&M club.

Performance of a lifetime for Cody.  And it turns out that the 500th time IS the charm, who knew?  Post-fight, he put the belt on a kid.  I think the kid was sick once or something.  Then he ended with, “TJ Dillashaw, come try me, mother fucker!”

I enjoyed it, good sirs, and I think you would too.

For what it’s worth, every time Ronda is shown on screen the place comes unglued.  And those screams have a much more feminine sound that I’m accustomed to at cage fighting events.

I believe I can Flyweight 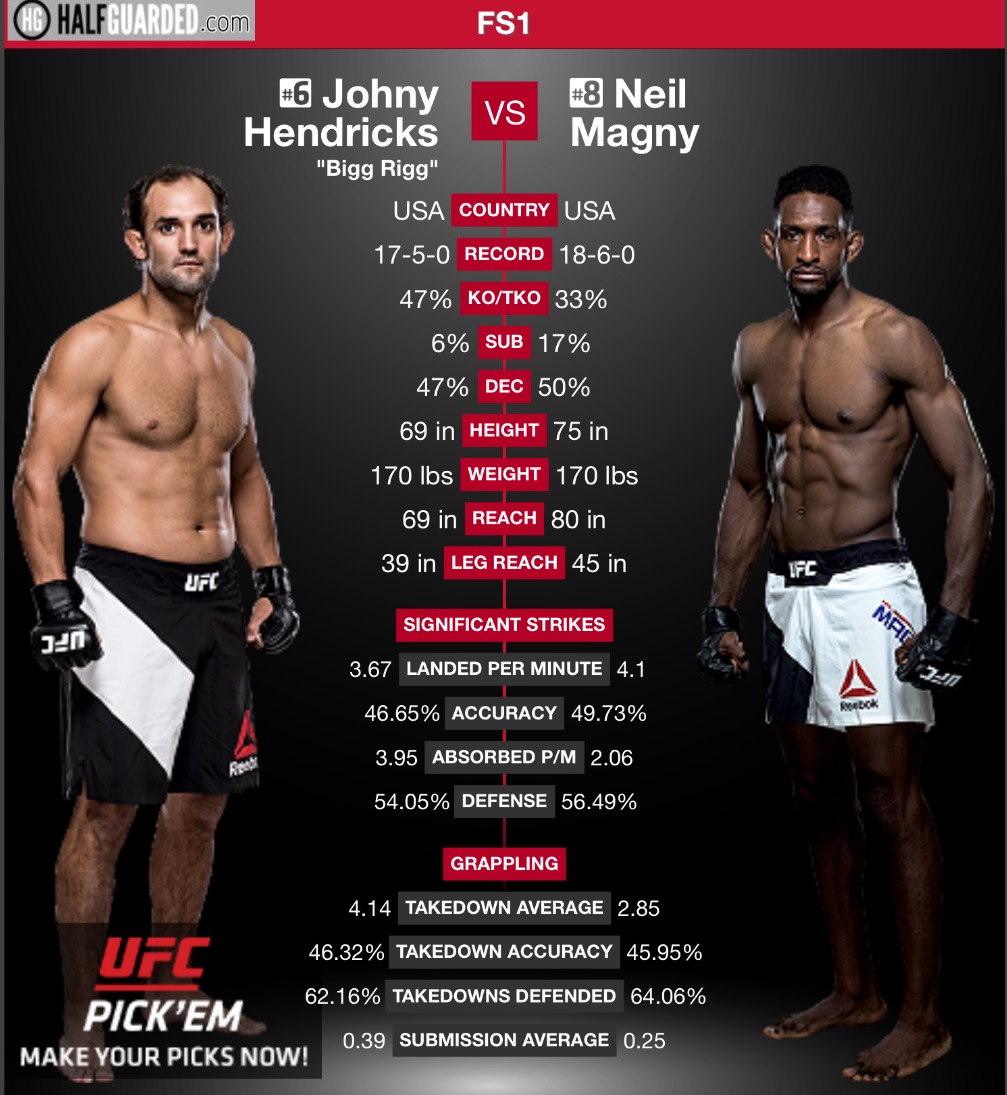 Crowd boos but I think that was the right decision…

I wonder if there are any celebrities in attendance.  I could bed one of them… 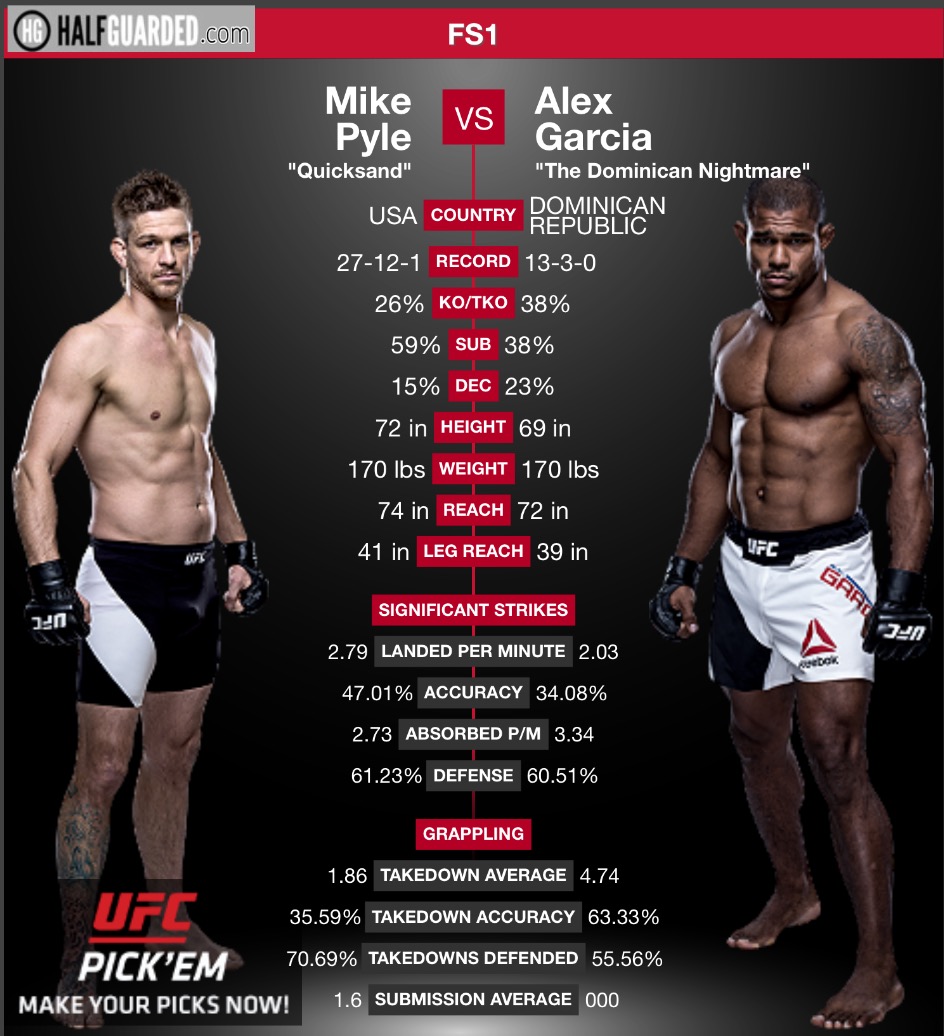 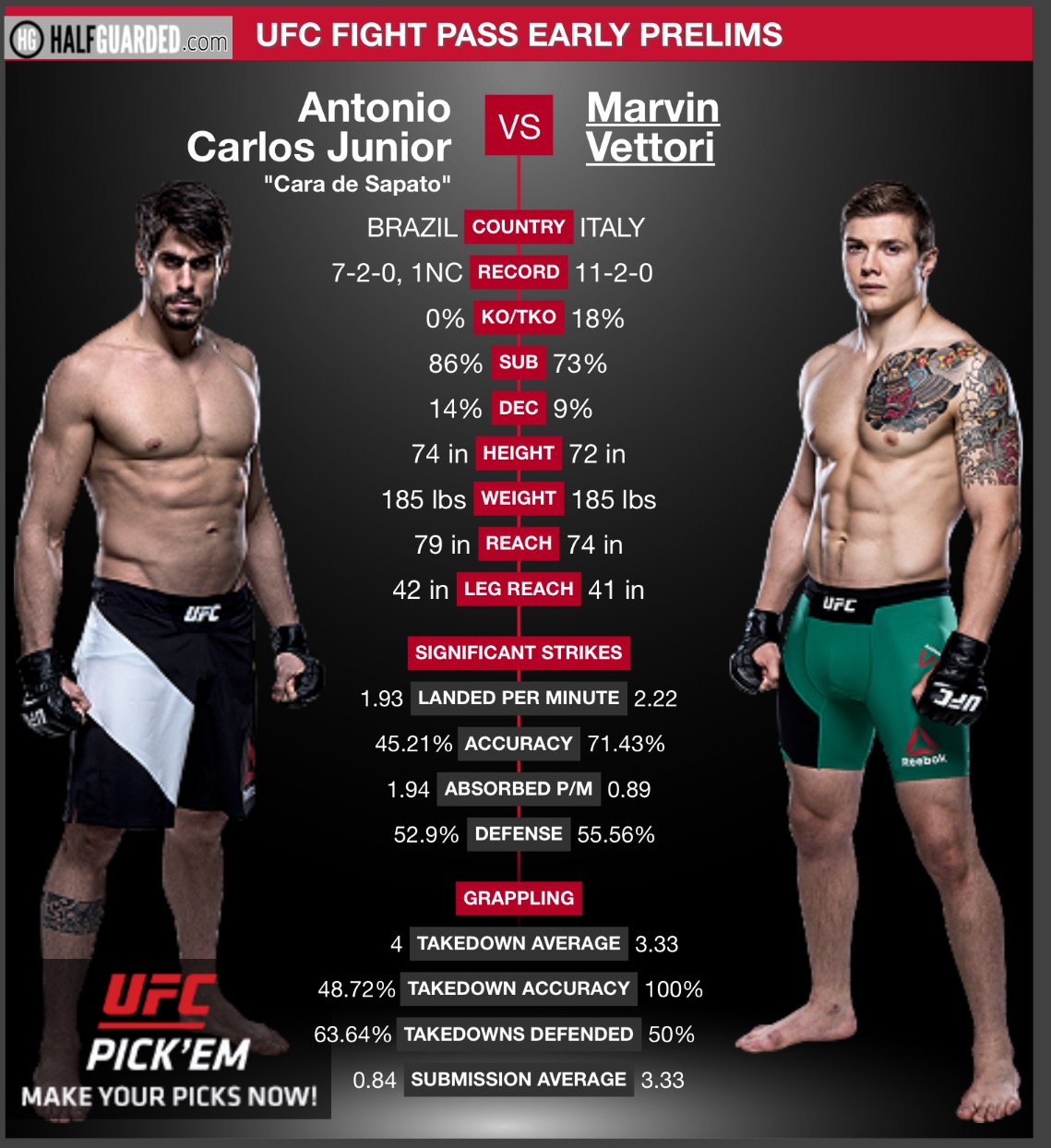 Malcom in the Middleweight

Vettori out to Korn.  This song is almost older than Sage Northcutt.  Which means I’m old as hell too…

Junior is out to Chubby Checkers’ version of “Twist.”  He wins round one.

Will Thatch live up to the hype?  No.  I mean, even if he wins, no.  I expect Superman or bust.

Price got his brown belt afterwards. 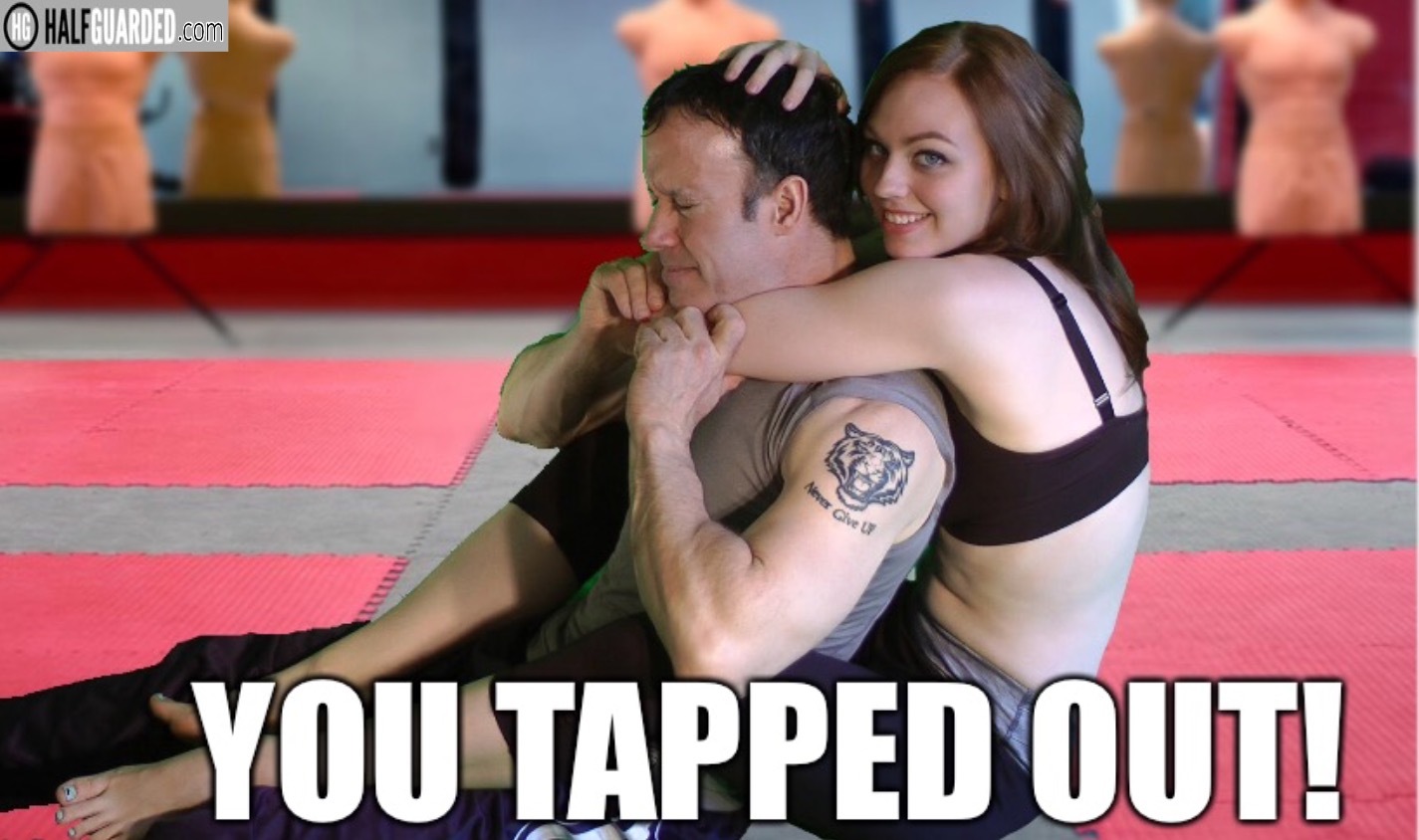 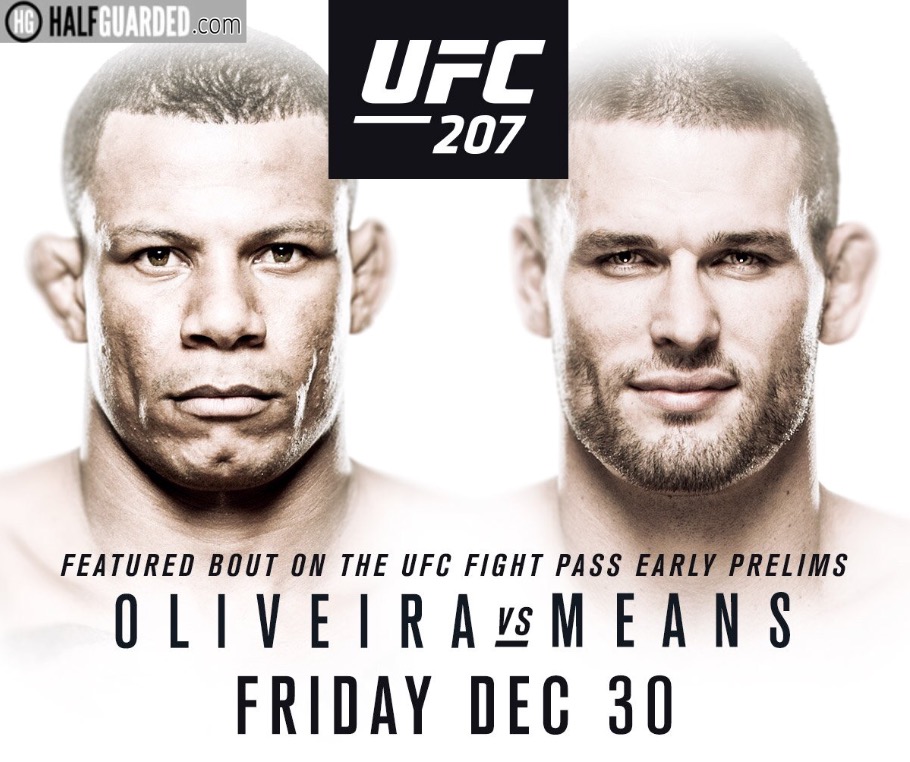 Even though, in theory, Donald Cerrone can never be surpassed for the nickname “Cowboy” there’s something about Oliveira that it still fits.  Like, if there were cowboys in Mexico, they’d be like him.  Stern, tough, but also sauntering and dancing here and there.  I think Mexican Cowboys are gay.  We should get Heath Ledger to play one – nevermind.

Means didn’t get DQ’d!  HAHAHAHAHAHAHA!!!  Means then told all the media members that he’s a good fighter and they should write something new or put away their computers.  Rogan looked at us and they’re all stoic and I start laughing and so does he.  I’m saying we shared a moment.

Well, it was a site to behold, that’s for sure.  Like an exciting car crash. 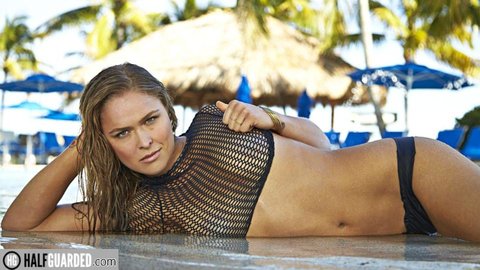 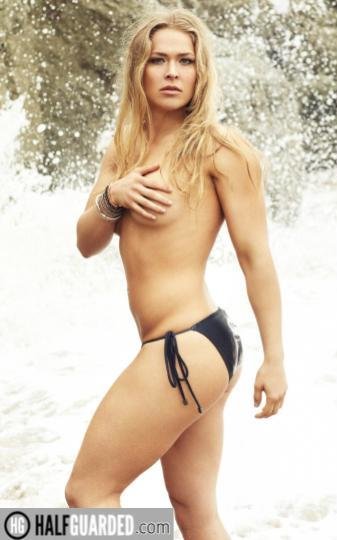 There are a ton of different options for watch the show.  The first and easiest is to simply spend thousands of dollars and fly to Vegas and watch it in person.  OK, so maybe that’s not for you.  Pay Per View is the choice of most.  I know that on my Comcast system, it’s channel 800 (I think).  A good way to watch the PPV is to go to a family member’s house, order it there, and then ignore their phone calls next month when they ask why they have a charge for $59.99.

Of late, I’ve been enjoying using ufc.com to watch things.  For starters, this cuts out the cable company.  Anything to reduce their consolidated power is a good thing.  And for most people, your standard internet connection will suffice.  It’s 2016, folks, if you can watch Netflix, you can use UFC.com or UFC Fight Pass.

There are also bars that show PPVs.  These depend on how you feel at the moment.  I’ve watched shows at bars and it has been amazing fun.  Especially for shows that are really, really big.  A show like UFC 206 probably won’t have a great bar atmosphere because there will be people who just don’t care.  But UFC 205 or this show are great experiences at bars because the communal nature is great.  You get that mini rush of adrenaline that feeds off the collective frenzy.  And for a show with Ronda, well, there’s gonna be a frenzy.

As for the UFC 207 prelims, the only way to watch those is the aforementioned shelling out of money to fly to Vegas or to tune in to Fox Sports 1 at 8 pm et.

UFC 207 starts three times, depending on what you want to watch.  There are what is known as “early prelims.”  These fights air exclusively on UFC’s Fight Pass subscription service.  For now, if no fights are cancelled, the early prelims for UFC 207 begin at 730 ET/630 CT.

After that are the UFC on Fox Sports 1 Prelims.  These are more important and have bigger names.  These fights start at 8 pm ET/7 pm CT and last for two hours.

When does Ronda Rousey fight on PPV?

The main Pay Per View Card for UFC 207 starts at 10 pm Eastern Time, 9 pm Central, and 7 pm Las Vegas Time.  Rousey herself is the main-event of the show, obviously, so it’s a bit of a guessing game as to when she will enter the Octagon.  History tells us that there’s no way she fights before midnight Eastern Time, 11 Central, 9 Vegas.  I would guess it’s closer to 1230 am et time when Rousey finally walks through the cage doors.

Are there Illegal Streams of UFC 207? Where can I find a UFC207 torrent?

Of course.  It’s the internet: you can buy a person on this thing if you want. (Call me.)  You’ll have to slag through lots of crap though, the feed usually isn’t good, and who knows what kinda of malware you’ll encounter.

This is a new one.  Facebook Live if fun for The Kids these days and during UFC 205, as I scrolled through my feed, I noticed that there were A LOT of people using Facebook Live to broadcast the show.  Now, this isn’t very good quality.  It’s a guy pointing his webcam at the TV, so it’s essentially as good as one of those Cam Versions of movies that you buy from Chinese people on the street.  It’s an interesting phenomenon though and I’ll be curious to see how Facebook address this issue in the future.

– Aaaaaaand the first batch of MEGA HUGE NEWS is here: Ronda Rousey returns to the UFC.

– A bunch of other cool fights have been added. YAY VIOLENCE!

– Dominick Cruz vs. Cody “No Love” for the UFC Men’s Bantamweight Championship is the semi-main. It’ll be funny to see the men’s and women’s bantamweight titles defended on the same show and the chicks get top billing.

– Cain vs Werdum. That’s a big one. Nicely done, Promotion Who Puts on PPV Events.

– TJ Dillashaw vs John Lineker is a likely go for the show. Not totally confirmed yet but it’ll happen. Good insurance for the semi-main and also a HELL of a fight.

– A bunch of fights added as the card rounds itself out. Check it out below, people!

– Nunes and Rousey face off:

UFC 207 Embedded episodes 4 and 5 and then you can consider yourself fully hyped.

#61: We don't give a damn about OUR reputation; Post-UFC 207 Recap; Was Ronda's Return a Success? Why did the main-event go the way it did?

#61: We don't give a damn about OUR reputation; Post-UFC 207 Recap; Was Ronda's Return a Success? Why did the main-event go the way it did?