We all thought we knew… We all assumed… It just had to happen… Vince McMahon would be supporting Trump… But he’s not.

Vince McMahon officially stated today that he is supporting Bernie Sanders for President of the United States of America. WWE.com just released the following statement, “Come this November, WWE Chairman Vincent Kennedy McMahon will be casting his ballot for Bernie Sanders, even if Sanders is not the Democratic nominee. Please use #BillionairesForBernie on Twitter.” 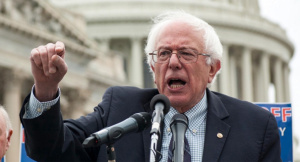 Vince McMahon was quoted as saying, “It’s time I pay my fair share. Being a super rich egotistical selfish maniac has been fun, but WWE has been sheltering itself from appropriate taxation for far too long. I personally will be voting for Bernard Sanders, even if I have to write him in on the ballot.” McMahon continued on, mentioning that he will no longer be using corporate loop holes to avoid paying taxes, and that goes for WWE as well as the McMahon family. 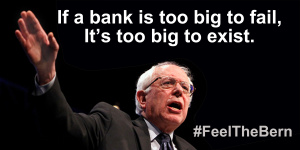 “Steph and Paul? They’re pissed. But fuck em. I’m taking my billions and giving it to the people, and I’d encourage all other billionaires to do the same. The fact that I have literally a billion dollars, and some people have nothing, is sad. I’ve been greedy for far too long. Time to give back.” Said McMahon. When asked about Shane and Linda, he added, “Shane, I think he already gave all his money to Mao Tse Tung, or something like that. And I’m pretty sure Linda Carter doesn’t get a vote, because she’s a convicted felon.”

Everyone assumed McMahon would be supporting the Donald, because they’re billionaire butt buddies. However, McMahon said, “I’ve had a change of heart. I no longer want to be associated with narcissistic, racist, misogynistic jerks, like Trump. That reminds me… Michael Hayes, you’re fired.”

Bernie is a heck of a fella. He’s a socialist, a democrat, and a progressive Liberal. He’d be an excellent president. Let’s all go out and support the Bern-meister. #FeelTheBern #BillionairesForBernie

Official HG statement on the terrorist attacks in Belgium.

Official HG statement on the terrorist attacks in Belgium.