Wonder Woman is a woman of wonder.  Part person, part god, part clay, part a mixed up bunch of origin stories that have complicated the crap out of who she is.

For a character as iconic as Wonder Woman, it’s kinda funny how little of her story is canon.  Superman is simple.  A planet is about to die so his parents send him to earth where he’s adopted by nice people and becomes a hero.  We know all his powers, what his suit looks like and so on.

Batman is also simple.  Rich kid watched his parents get killed before his eyes, puts on suit to scare bad guys, fights crime.  You know he has a butler and a car and a bunch of sidekicks that are all waaaaaaaaaaaay too young to be living alone with a “confirmed bachelor” let alone fighting crime.

Spider-Man?  Gets powers, acts selfishly, his selfish act leads to the death of his beloved uncle, he learns his lesson and vows to fight crime.  He walks on walls, swings on webs, does all the things that a spider can.

Who is Wonder Woman? Badass bixsexual with a confused upbringing 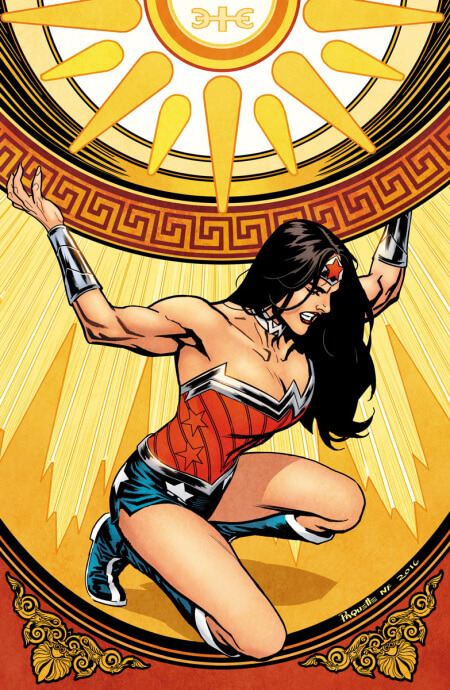 Princess Diana of Themyscira.  It’s a mouthful.  Luckily her secret identity if Diana Prince.  Amazons are known for their creativity.  What’s really awesome is that people think Wonder Woman is this throwback to the good old days or whatever but her creator was in a three way relationship with two women and deliberately sought to create a character that subverted traditional female roles in society.  Frigging Margaret Thanger was an inspiration!

Yes, Wonder Woman is supposed to be a bi-sexual, but not in a sexy way, more in a “those weirdos down the block who have awkward parties and who are always rubbing your back a little too long” way.

Well now, the movie coming out next year starring Ms. Woman of Wonder will likely play a role in redefining the character for a generation.  At least, that’s what DC probably hopes.  Linda Carter is still the most well known version of Wonder Woman and that was 70s camp.

Let’s all hope that Snyder doesn’t have too much artistic influence over this one.  It has a lot of potential too.  Chris Pine plays her love interest, Steve Trevor.  Trevor has been WW’s love interest, off and on, throughout her life.  Sadly for Mr. Trevor, in the comics he’s recently taken a back seat to Superman as far as loving goes.  Imagine seeing your ex dating friggin SUPERMAN of all people.  No way you can compete with that.  None.

I do like that the movie is set in World War 1.  That gives it a license to more or less do whatever it wants, not being constrained to tie-in perfectly with the larger universe DC and Warner Bros are trying to create with Batman and Superman. Man alive did Snyder direct a piece of crap… 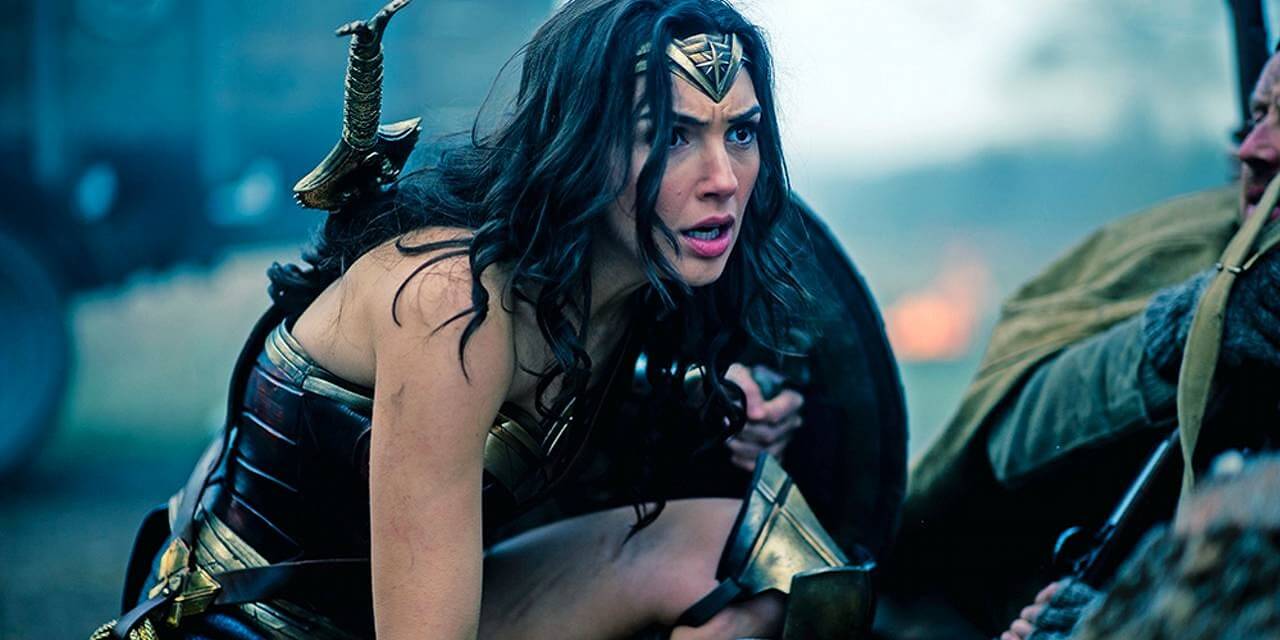 I’m curious how they handle Trevor.  He’ll play the normal role, I’m sure, where he accidentally lands on Babe Island and brings Diana to the modern world.  But if this is all taking place 100 years ago (World War 1 was a long time ago), does that mean he’ll never be involved in the extended universe?

Since everything in movies is done in threes, maybe they’ll do a series of films all set before the events of Batman vs Superman.  Wonder Woman in WW1, then WW2, and maybe culminating with, I don’t know, Vietnam?  Trevor would be pretty old by then.  Maybe the second film with just be the two of them coming to terms with the Great Depression.

We’ll have our answers eventually.  Until that times comes, though, we have this, the latest trailer!  Enjoy watching, people who like watching trailers.

Wonder Woman Products YOU can buy