Bored. Thus we watch WWE ROYAL RUMBLE 2016!!! I’ve done this in the past, where we half ass watch pro wrestling but I’m usually heavily drinking. I’m not this time. Oh well. The Royal Rumble is always fun because it has a bunch of dudes all in a giant match and some surprises, like Hulk Hogan probably coming out in black face or something.

We also hopefully get to see Brock Lesnar regain his mojo and beat the shit out of a lot of people. That or he’ll face the hillbilly rapists clan or whatever the fuck is going on. Just let him beat up someone, k?

Note: I had to take a break. Was too much for me. Lemme know when Brock comes out. KTHXBYE.

I am back. I am watching while I drive my car.

Seriously, who the fuck decided that the New Day should NOT have their trombone?  That trombone was 95% of the reason I’d stop fast forwarding during Raw.  Just LOOK AT HOW COOL IT IS!

This sucked. Kalisto won with his flippy move.

I am pretty sure that Becky was sexually  assaulted at the hands of flair. I am also sure that is not the first time that sentence has been written.  KID FLAIR WON Bc of daddy’s interference.

then Sasha Banks came out and did stuff to Lady Flair.

Owens did a cannonball through the fake barrier. Kendo sticks. Owens throws a bunch of chairs in the ring. This isn’t very sporting.

Owens didn’t like being called a bear? WTF? Why not? 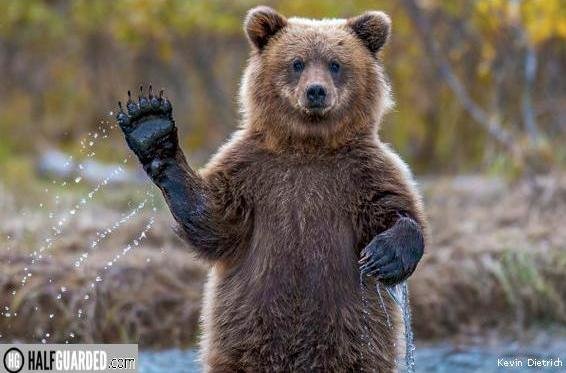 Elbow off the top rope to the floor through Owens and a table. Didn’t kill Owens (kill).

Elbow off the top rope to the floor through Owens and a table. Didn’t kill Owens (kill).

Owens pushed off the top to the floor through two stacked tables. AMBROSE WINS. 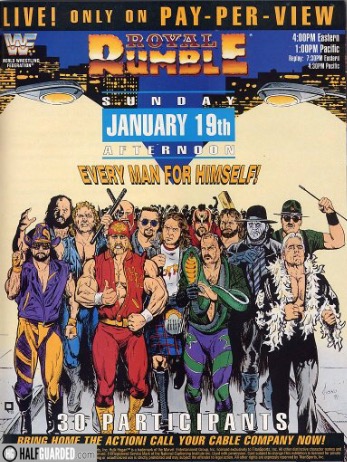 AJ STYLES is here. And Kofi did his annual spot by riding on Big E’s shoulders. Like a boss.

Euro dudes beat up Reigns. Reigns is “going to the back” and they made a point that he’s not been eliminated. So, you know he’s coming back.

“Stardust is still in this” says Cole with a sad amount of dramatic undertones. Yeah. I’m sure he’s winning.

Styles eliminated by Owens. They acted like going 28 minutes was a big deal. Crowd is chanting his name big.

Zayn out. Going at it with Owens. Zayn has not hurt himself yet. He eliminated Owens. 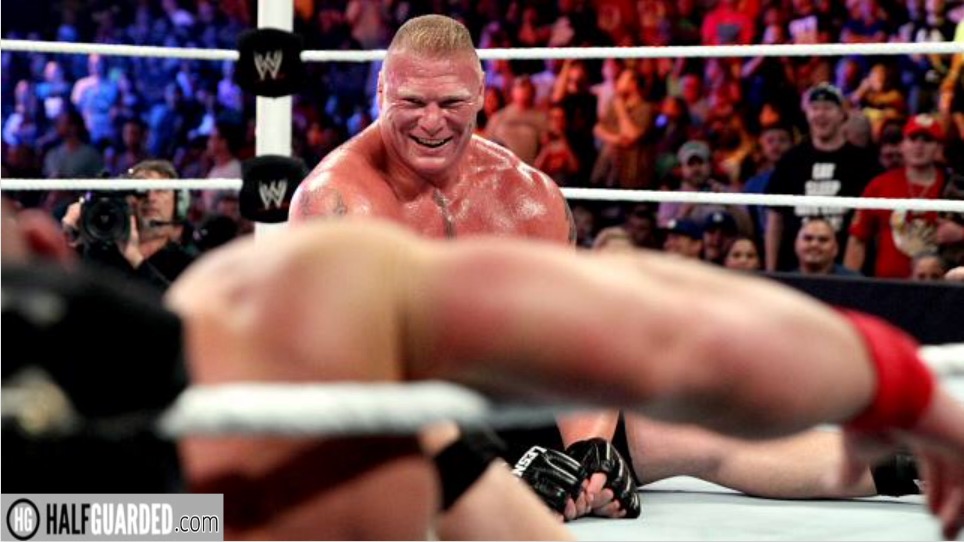 More pure Brock being BROCK!!!!! No one is safe.

He’s dumped the Wyatt’s out. I think he’s dumped everyone.

Bray out now but he’s alone. Maybe they’ll have Brock join him as a swerve. His buddies just came back in and are beating up Brock. This hardly seems like it’s within the rules.

Roman back. No one likes him. They’re cheering Bray over him and Bray just buttfucked Lesnar.

HHH is #30. He’s got a good medical plan Bc those aging clinics aren’t cheap… he and Roman are circling like two big bad ass animals but no one gives a flying fuck.

HHH made sure to dump Bray too. HHH>Bray>Brock. I’m sure that’s a coincidence.

HHH dumps Reigns. Ambrose is all that’s left with Trips.

There’s your story: HHH finally decides to wrestle and beats up everyone and wins with ease. Ronda Rousey on SNL was terrible

Cain injured; Miocic fights Werdum for UFC title; Cain to be put down out behind the barn

Cain injured; Miocic fights Werdum for UFC title; Cain to be put down out behind the barn