Blah blah, we don’t do politics here.  We do.  But it’s almost always (which means “usually”) non-partisan and issue oriented.  Someone wants to write about this guy or that idea, cool.  I’m a hands off editor (read: lazy).  In theory, I wade into this story with trepidation – but I don’t.  If you have a problem with it: fuck you.  Seriously, fuck you.  The Democratic party in the Dallas area is a piece of shit entity.  No, I don’t know anything about the individual members – I’m not talking about individual Democrats their ideas, viewpoints, positions, etc… just the party leadership and all that itself. (Like when someone says Wal-Mart is evil they usually don’t think the 90 year old dude greeting at the door is evil.)

The lead District Attorney for Dallas County (home of, I presume, Dallas) is named Susan Hawk.  I don’t know shit about Ms. Hawk.  She may be a good lawyer or a bad one.  Doesn’t matter.  She’s a Republican.  This shouldn’t be a surprise because this is also Texas.  Ms. Hawk recently came forward to announce that she had spent two months at a mental health facility seeking treatment for depression and suicidal thoughts.  This story was written about the whole ordeal on the Dallas News Website the website for the Dallas Morning News, which I presume is just a regular website and not a partisan front for the Republican party.  A cursory glance tells me it looks boring enough that it isn’t some hack site (other stories include: Keanu Reeves in Dallas as Neiman Marcus unveils annual Christmas Book, which sounds riveting).

As a result of this news getting out, the Dallas Democratic Party said the following:

“Just weeks ago, our top law enforcement official was involuntarily committed after threatening to kill herself. … In view of the facts that have just recently been revealed, Susan owes it to herself, not to mention her nearly 500 employees and the taxpayers, to resign and to concentrate on getting well,” party chairwoman Carol Donovan said.

Ms. Hawk, says the article, clarified that she was there voluntarily.

After the fucking horrible shit that just happened in Oregon, one of the correctly repeated themes is that we as a society do not do enough to seriously deal with and treat mental health.  For obvious reasons, this means a lot to me.  And that’s why I say that Carol Donovan at a minimum and anyone who stands by that statement (which was made on behalf of the entire party) are fucking garbage.  And the added line of “concentrate on getting well” is so disingenuous they should build a monument to it.

Do you know why we don’t have better mental health treatment in America?  Because when someone acknowledges a problem – as Ms. Hawk apparently did – they are treated as a pariah.  A woman looked herself in a proverbial, maybe even literal, mirror and sought out help.  She didn’t kill herself.  She didn’t ruin the lives of those around here.  She saw a condition that was worsening and got help.  When people like Ms. Donovan then take these actions as an excuse to call for a woman to lose her job, what message does that send to everyone else?  Someone hearing that, who is struggling, just had their worst fears reaffirmed: that if you tell people you have a problem you’ll never be treated the same again.

Can you imagine a person saying, “In light of the face that she was diagnosed with breast cancer, we think she should resign”?  Absurd.  There is ZERO evidence that Ms. Hawk’s mental health battles have effected (affected?)(IMPACTED!) her ability to do her job.  If she’s not good at her job, that’s a great reason to get rid of her.  If she sucks as an attorney, cool, recall her, don’t elect her, whatever.  They did not call for her ouster in a generic fashion where they could plausibly deny they’re linking it to her issues, no: they flat said SHE SHOULD GO BECAUSE SHE HAS MENTAL HEALTH PROBLEMS.  But with no evidence beyond the fact that a woman had the courage to get help for a problem ruining the lives of millions, that a statement was made calling for a resignation based solely on playing to the public’s mental health fears, the Democratic Party of Dallas is garbage.

The battle society faces to conquer mental health related issues is a big one.  We are at the bottom of a very tall mountain – and we’ve only recently as a world begun to acknowledge the mountain even exists!  It will be a slow, painful, difficult climb.  And statements like the one made by Ms. Donovan are akin to some asshole throwing boulders at you as you carefully scale the slope.  All the talk about how gun shootings, or random violence, or drug use, and so on are mental health issues that should be treated are valid, good, and needed.  And shit like this makes sure we pretend it’s the 1950s.

Ms. Hawk is now on a path to better health.  Whether she’s fit to continue in her role as an attorney – a job I might add I myself do every day while battling depression and anxiety – is a decision she and her doctor should make.  For a political opponent to use mental health fears as a chance to play on the public’s already misguided attitudes about mental health to score political points is just about the most pathetic thing I’ve seen in politics for a while.  And my country has Donald Trump as a viable presidential contender and the PM of England may have face fucked a dead pig.

I don’t know anything else about Dallas politics because it’s Dallas and why would I?  I’m from Chicago – we’ve got plenty of bullshit to deal with as is.  Maybe on every issue there is the Democrats are right.  But for this attitude, one which as the story notes has been repeated more than once: Fuck the Dallas Area Democratic Party.  Fuck Ms. Donovan. 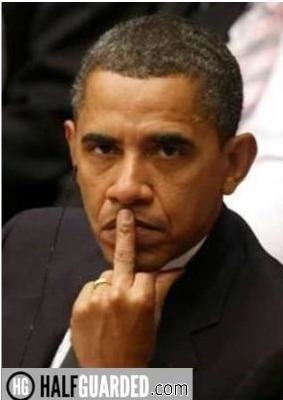