(Yes, I stole the image idea from Doug Stanhope.)

Everyone wants a politician that talks straight, shoots from the hip, and isn’t bought by either political party, unions, or corporations.  Congratulations, you’ve got your man in Donald Trump!

Technically, Trump is running under the Republican banner but he’s really much closer to a 3rd party candidate.  His Third Party bonafides were on display when he had to promise not to run as one if he didn’t get the nomination.  No one asked Marco Rubio if he was going to run on his own ticket.  Trump’s self-funded everything so far (more or less) and his views don’t toe the party line.  I went over a lot of this once before, so go read that, but he’s not a normal Republican: he wants high tariffs to (in theory) keep industrial jobs in America, opposed the Iraq War, and has been all over the place on social issues.  He does wants to build a wall, so he’s a Republican on that one.

Hillary is obviously just more of the same.  Her strongest argument is that she’s a woman.  That’s it.  Her ideas are the same as most Democrats just she has a vagina.  If you like Democrats then she checks every box perfectly.  Which, hey!, maybe that’s ok.  The two-party system has basically worked so far.  Things aren’t perfect but the lights are still on.

Bernie Sanders is somewhat of an outsider but he’s also been involved in nothing but politics his entire life (he’s held office in some way every year since 1981) and his basic views are essentially the traditional Democratic platform, just amped up.  He’s long been an “independent” but position wise he’s a run of the mill leftist.  He’s very genuine in his beliefs, and that makes him stand out, but for people looking for a candidate that doesn’t fit into the “left or right” box he ain’t one.  He’s as firmly in the left box as Ted Cruz is in the right box.  (Oddly enough, Sanders’s website has very detailed positions on Guam.  I didn’t even know there was a Guam problem.)  Shit, Clinton’s campaign has basically been, “Hey, I love what he’s saying, I just don’t think it can be done like that.”

Plus there’s the matter of who is being brought to the polls.  Sanders supporters would end up being Democrats anyways.  He may be speeding it up a little bit as far as having a younger group but for the most part they’d hold their nose and vote for Clinton if asked.  Trump?  No one knows.  Fiscal conservatives aren’t fond of him, social conservatives aren’t (outside of the immigration issue) enthralled as Cruz was their man, and elected officials have secret meetings trying to plot a way to undo him.  None of it makes sense because he isn’t running as … anything.  He’s running as TRUMP!

He seems to be drawing from a group that isn’t normally thought of as a group.  I think they’re a weird reverse libertarian type.  Whereas the libertarian is fiscally conservative and socially liberal Trump supporters seem to be fiscally liberal and socially conservative.  Trump supporters are union guys who go to church and have always voted Democrat because they were told their jobs depended on it but didn’t agree on abortion, gay marriage, immigration, and such.  Suddenly there’s a guy who (in theory) is socially conservative, particularly on immigration, but is telling people he’ll stop free trade and get rid of Mexicans who “are here to take all the jobs.” (They aren’t, mind you.)  No joke, Trump’s fiscal policy has a lot more in common with Bernie Sanders than it does Ronald Reagan. 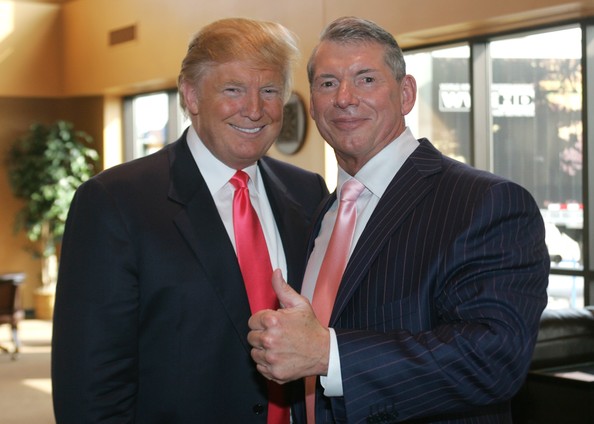 And for everyone who wants money out of politics, he’s your guy!  According to the FEC, as of 3/31/16 here’s what they’ve all raised for money (a NYT article has higher figures, as they’re more recent, but the overall picture is the same):

While at first I was shaking my head at how much money is involved, I then realized Star Wars: The Force Awakens made $120m on it’s first day and nearly $250m over its first weekend.  There’s money in politics, sure, but I feel like buying a president should cost more than making a movie that panders to my inner fanboy nerd love.  Still, look at that Trump figure.  Not only is he running with almost no donations from others, he’s managed to basically run a campaign without using money at all!

Add in a dose of over the top ra-ra patriotism and a showmanship developed over the years and suddenly you’ve got someone unlike anything the “elites” have seen.  In a regular election, it’s mostly about personality, timing, and the zeitgeist of the nation at that moment.  Romney v Obama was like Kerry v Bush which was like Dole v Clinton and so on.  Trump has people from the left and right attacking him.  There’s a reason everyone (EVERYONE, he writes) on TV says, “This is an election unlike any other.”  That’s what happens when a viable third party shows up.  He may have an “R” next to his name on the ballot but Trump is the first major Third Party candidate in modern times that could viably become president.  He’ll fight different, talk different, and come at his opponents from angles they aren’t anticipating.  And that means he might win.

You say you want a revolution?  You got one.