How to describe the FA Cup… Well, imagine if every baseball team, from the independent leagues to rookie ball to AAA to MLB all played in the same massive tournament.  You’d see the Toledo Mud Hens play the New York Yankees – in Toledo.  And, sometimes, those little teams would even win a game!  That’s sorta the closest equivalent, just with 100 years of local hatred and rivalries bubbling to the surface pre-match.

Liverpool is already out of it, which sucks as far as I’d rather win it than not, but where it was once a pretty damn impressive award, these days: not so much.  This is the quick history of the thing, as told by Wikipedia:

In 1863, the newly founded Football Association (the FA) published the Laws of the Game of Association Football, unifying the various different rules in use before then. On 20 July 1871, in the offices of The Sportsmannewspaper, the FA Secretary C. W. Alcock proposed to the FA committee that “it is desirable that a Challenge Cup should be established in connection with the Association for which all clubs belonging to the Association should be invited to compete”. The inaugural FA Cup tournament kicked off in November 1871. After thirteen games in all, Wanderers were crowned the winners in the final, on 16 March 1872. Wanderers retained the trophy the following year. The modern cup was beginning to be established by the 1888–89 season, when qualifying rounds were introduced.[3]

Following the 1914–15 edition, the competition was suspended due to the First World War, and did not resume until 1919–20. The 1922–23 competition saw the first final to be played in the newly opened Wembley Stadium(known at the time as the Empire Stadium). Due to the outbreak of World War II, the competition was not played between the 1938–39 and 1945–46 editions. Due to the wartime breaks, the competition did not celebrate its centenary year until 1980–81; fittingly the final featured a goal by Ricky Villa which was later voted the greatest goal ever scored at Wembley Stadium, but has since been replaced by Steven Gerrard.[4]

Having previously featured replays, the modern day practice of ensuring the semi-final and final matches finish on the day, was introduced from 2000 onwards. Redevelopment of Wembley saw the final played outside of England for the first time, the 2001–2006 finals being played at the Millennium Stadium in Cardiff. The final returned to Wembley in 2007, followed by the semi-finals from 2008.

Anyways, that’s why there are only four matches and they’re all on Saturday.  Here we go with a little preview.

West Brom’s season is over, as I cannot fathom them getting out of last place.  Bournemouth is probably safe from relegation but clearly isn’t going anywhere else, so this is a match between two clubs without much to look forward to.

Wilfried Zaha was having a decent little season, and has been linked to Liverpool, but he got injured last month.  He’s back now, though, and just in time as Palace desperately need a win to get out of the relegation zone.  Then again, Huddersfield are only 4 points safe of dropping themselves and so …

Stoke need this and are at home.  Everton have no reason to do anything this season.  They’re smack dab in the middle of the table and the lesser of the two Liverpool clubs ain’t going anywhere beyond that.

Watford have a giant fucking moose for a mascot; their nickname is “The Hornets.”  Elton John used to run the club and part of the stadium is named after him.  Yes, that Elton John.

Wikipedia says it’s a deer, not a moose, but fuck you: this is a moose: 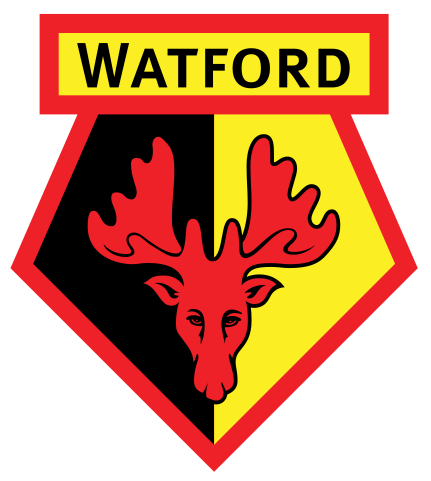 Nothing more needs to be said about Liverpool, especially following their loss to United last weekend: they will win this.