Ronda Rousey is selling herself as Superwoman, and all y’all are buyin’.

Ronda Rousey is the perfect fighter at the perfect time. Ronda Rousey is here to be all kinds of shit for y’all. Feminist avatar. Pioneer of female violence. Relatable, “fights like a dude” chick. And she’s here to make money. A ton of fucking money.

Who better to show the tattoo shirt (over their similar actual tattoos, mind you) wearing, Mountain Dew brain eater drinkin’, fauxhawk set the folly of underestimating the fairer sex? And best of all, she comes with, for lack of a better term, an alpha male personality that is easily digestible for your average Joe bro. A real life bad bitch princess for the “She’s just like us, but I’d totally fuck her” duders.

Amy Schumer is making fat bank right now doing nothing more complicated than playing the feminist drum, loud as that shit will go. Ronda has become an overnight superstar by beating ass while being just pretty enough to make men pay attention to what she’s doing, because men, by and large, won’t watch an unattractive woman do anything. They just won’t. And if you don’t believe looks have something to do with it, you’re more sexist than you think you are.

But wait. Women are buying Ronda’s fights in unprecedented numbers, and that’s a pretty neat trick. In a sport that is usually just too violent for dames, Ronda has captured their imagination by being thoroughly dominant yet somehow significantly less violent. She’s asserting her will on these women on some kneel before Zod shit, and it’s hard to imagine her having become the same kind of hero to her sex if she was breaking noses and spilling blood instead of just simply being too much, um, woman for all of them.

And it don’t stop. For the last three years, she’s been whipping that helplessly overmatched ass, a difrerent hopeless broad every few months or so, and if you think the fans would be getting tired of this template, you think slow. She’s getting bigger with every fight, coaxing more casual or non fans into paying for her inherently unfair exhibitions of superiority. To say the UFC is doing some brilliant job in selling these no-hopers as viable challengers means you’ve missed the point like a motherfucker. These people don’t want viable challengers, they’ve come to watch that lion get fed. They want heroes, man. Super ones.

You think Ronda, and Dana White, haven’t worked that out?

This thing is set up to work, on repeat. Thirty four seconds, by severe head trauma. Sixteen seconds, by super atomic noogie. Fourteen seconds, by brute strength and joint distress. And the crazy part is the more she wastes these hapless women, the more the fans clamor for it. Interest in her is increasing with every one sided assault she dishes out. These people don’t want her to be taken to the brink, they want an omnipotent action hero. A female Steven Segal. They wanna see her beat up three, four girls at a time. Dudes. Skeletor even, if he runs his mouth about women knowing their place or whatever.

That’s the magic, the appeal of Ronda Rousey. That’s why she’s poised to become the most popular female athlete on the planet. Why she’s got adoring fans, Madison avenue and Hollywood on her jock. It took me some time to fully comprehend it, but I think I got it now. She’s the closest thing to a real life female super hero that we’ve ever seen, and people can’t get enough of that.

This thing is built to make money while the gettin’ is good and be out before it gets cold. Bet that.

Ronda Rousey will talk shit about Floyd Mayweather because, hey, what better way to raise your profile than to invoke the name of the most famous fighter on the planet? Ronda will continue to avoid the only other legitimate fighter on the planet because a fight with Cris Cyborg falls on the wrong side of the risk/reward ledger. Ronda Rousey will call herself a real life super hero because at this point, she probably thinks she is. And so do you: Ronda Rousey Superwoman.

Ronda is already lookin’ at the front door. Time to go full-time actor, part-time WWE superstar, etc. Probably got a few fights left in the tank, if that. Superstardom outside of the cage beckons.

And as I write this, she has opted not to fight Cris Cyborg, her biggest potential challenger, or Meisha Tate, the one woman who has taken her oustide of the first round (and the second, for that matter) and appears to be steadily improving. Nope, she’s signed on to fight Holly Holm next, a former boxer with two unimpressive UFC fights under her belt and about as much of a chance to beat Rousey as you or I. And yes, the fight will do a ton of business and further strengthen Ronda’s superwoman image, such as it is. 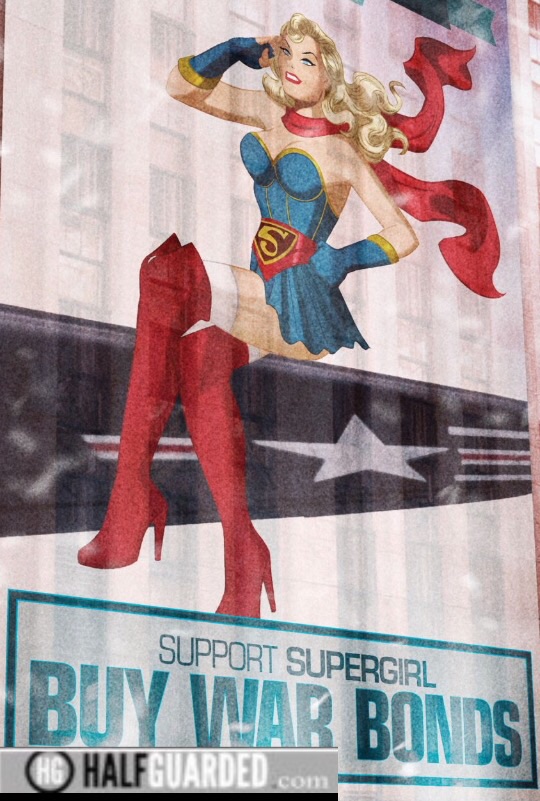 Then, she’ll fight one or two more times and jump in that proverbial getaway car, before the next crop of more advanced women fighters a crack at her and maybe before Cyborg does, too. After all, they’re selling a superhero tale here and the less chance of ruining that narrative, the better. If you don’t smell anything funny about her avoiding another Tate fight or using every excuse under the sun to avoid Cyborg, I’m not surprised. Denial didn’t get it’s reputation for nuthin’.

In the meantime, enjoy it (or don’t) while it lasts. Shouldn’t be too much longer now before she’s hanging on the wall or in a museum. The Great Female Hope, for now and for evermore.