Paige VanZant – she who turned 21 earlier this year – believes she’s had a hard life.  We all know this is stupid.  I’ve written it before, others have, you’ve probably said it, and so on.  It shouldn’t matter.  She’s a very good prospect, which means she has room to grow.  And with the relative dearth of talent at any division in women’s MMA, that she’s in the UFC already isn’t totally surprising.  That she’s the cute little blonde girl is the reason though.  Let’s not fucking kid ourselves.

And that’s fine.  Whatever.  I’d rather watch an attractive person fight than an uggo like myself.  That’s life.  Boners run the world.

Yesterday (Or is it today? two days ago?), she was on Submission Radio which is … I think in Australia (hence the time confusion).  Wherever.  And said the following:

“I wanna say it wasn’t hard, but it was,” she conceded. “I’m somebody who…I do take what people say to heart, and it was hard at first, but then I have to look at it like, I have so many blessings in my life. There’s no way I should look at anything like this with a negative heart or with a negative emotion behind it. So I just think about how blessed I am, and how hard – I know how hard I’ve worked, and I know what I’ve sacrificed, and I’ve had a very, very hard road to get to the UFC. So I know I deserve every second and every opportunity I’m getting, and I’m just going to continue to win fights and make a great statement for these companies. I am very blessed to be a part of Reebok, and I just want to continue be a good representative of their company, and for all the companies I work with moving forward.

I know there’s this general attitude that this current generation (and she might not even be a Millenial – she might be the next wave after that) come across as entitled and such.  It’s not all true.  I think every generation looks at the next one and shakes their fist thinking they’ve got it easier.  But … holy fuck.  She’s TWENTY ONE and has already been in the UFC for some time and will be headlining a show in two months.  FUCK. OFF.

She trains at Team Alpha Male, so she’s exposed to a certain type of fighter.  It’s a good gym for her, because of the general size of guys there and it’s just a flat out good gym.  But it’s also a gym that I’d say has a higher percentage of educated, semi-well adjusted fighters compared to others.  From Faber to Mendes to Dillashaw (when he was there), yes, they were all wrestlers but also all college educated.  All that.  So maybe she isn’t around people who truly had it horrible in life.

Does she work hard?  No doubt.  I’m sure that PVZ works her ass off every day.  I’m sure that she puts everything she has into what she does.  But she not only is attractive she took full advantage of it.  This is her:

And that was from before she was in the UFC.  She knew what she was doing.  And, again, I won’t totally fault her.  If you’re born on 2nd base, you don’t voluntarily make an out.  You score on a single.  But when she makes these comments like life has been tough and that she had a hard road to the UFC, it’s gonna kill her in the long run.

You want a tough road to the Octagon?  Be Brazilian.  Or any of these Russian dudes who grew up in countries where they’ve been used as geopolitical pawns for whatever Machiavellian plan Putin has today. The guys like Jose Aldo who slept at the gym and literally – literally – only ate sometimes because someone would give him free food. That’s having a hard road to the UFC.

Paige was born to parents who own a dance studio.  She appeared in fucking TV commercials as a kid – kid meaning probably like three years ago.

There are 21 year olds really putting in work in life, suffering, struggling – even here in America.  Someone signed by the UFC, given a new contract by the UFC after THREE WHOLE WINS, and who has one of those fancy “Extra Super Duper” deals with Reebok did not have a “hard road” to make it to the UFC.

Um, what?  Yes, it does.  It does matter.  Because the UFC will keep around draws even if they lose.  If you’re pretty, you’ll get more shots than if you’re an uggo.  Leonard Garcia lost 57 fights in a row, but because he was entertaining he was kept around.  And no one ever clamored to see him in his underwear.  Of course she has pressure: she’s got money behind her.  People know about her and all that.  Welcome to grown up land.  Do you know why she has extra pressure?  BECAUSE OF HOW SHE LOOKS. 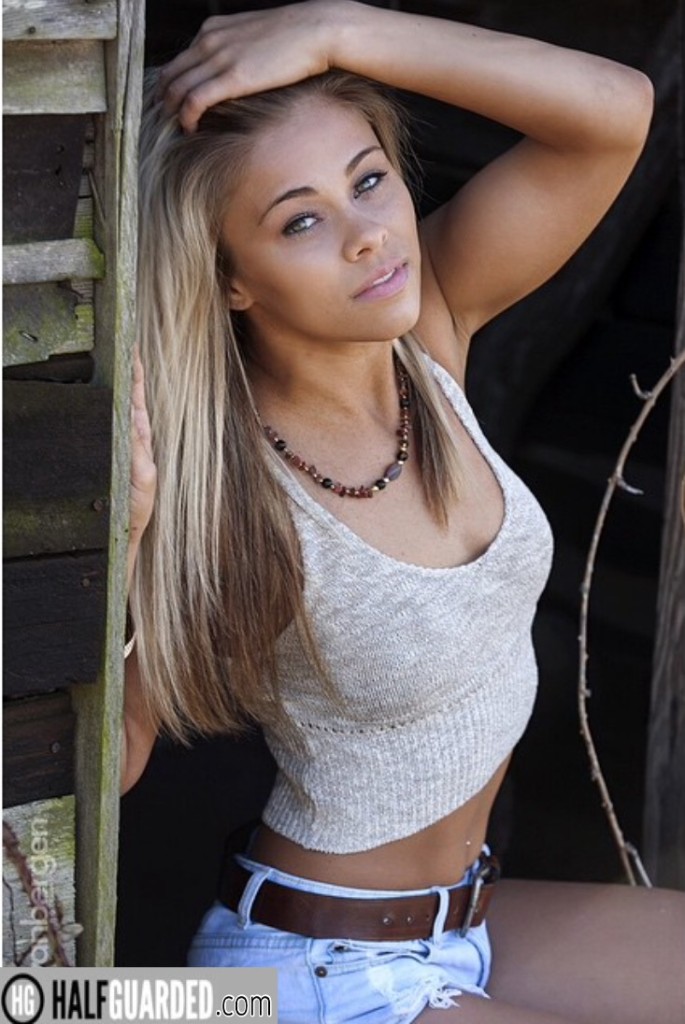 She isn’t alone.  Sage Northcut is in the UFC for basically the same reason: he’s young, shows a ton of potential, and looks like a future star.  If Sage looked like Matt Brown, he probably isn’t in the UFC yet. (Sorry, Matt.)  The sad part isn’t that she thinks this or even says it – sometimes people use whatever they have to create motivation to work through the grind – it’s that if she begins to really internalize this belief then she’s doomed.  There is a weird combination of unshakable faith in oneself combined with unreasonable fear of failure that seems to drive the greatest ever. But the greats know how to recognize bullshit. They either have a good support staff or an internal Bullshit Meter.  Buying into hype – theirs or yours – is the first step on the path to failure.

Maybe if she falls and has to get up then she’ll finally be on a hard road.